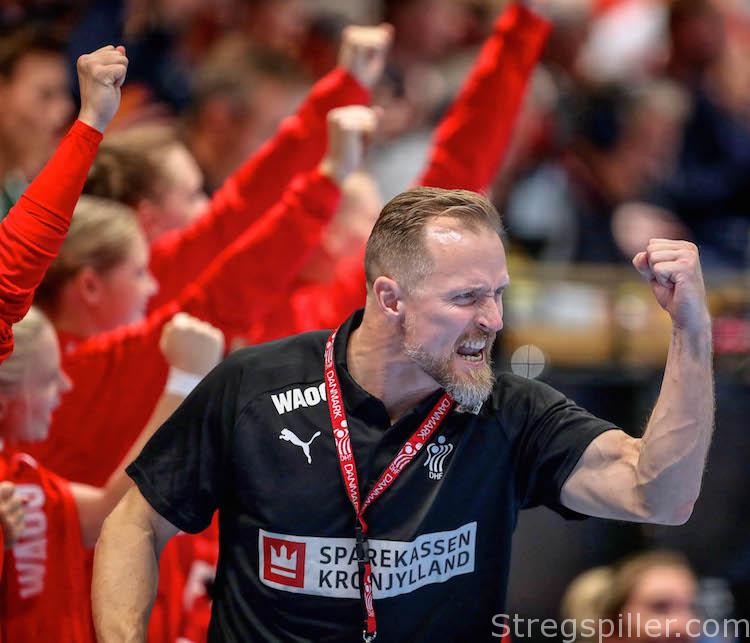 Analysis – The start of The Golden League in Denmark showed that we are still at an early stage of the season, especially when it comes to national teams.

Despite seeing some fine handball it was apparent that Norway and France still have some way to go, before they’ll be able to live up to their status as favorites at the upcoming European championship, in December.

At this stage of the season, coaches usually try to rehearse and  fine tune their defense systems.

Instead, both sides seemed more interested in practicing offense at the highest possible pace, with many players keen on shooting the ball, in particular during in the first 15-20 minutes

The fact that Norway was playing fast came to no surprise, but it was impressive that Poland were able to follow their pace for quite some time..

Poland’s attack worked particularly well, when Kinga Achruk took charge and even when Norway  was leading 10:6 in the middle of the first half, the team from the east of Europe managed to bounce back.

It would continue in the second half – before Norway took a three-goal advantage to the locker room.

Coach Thorir Hergeirsson had arrived with a deep bench, when compared to his colleague, Leszek Krowicki, and he made good use of it.

It was also the main reason, why Norway was able to create a more noticeable distance towards the end the game, even though the win came in two or three goals too high, and did not reflect the true picture of the match.

In general, however, the Norwegians made unusual many technical mistakes, whereas Poland enjoyed a promising start to the tournament as long as their physical resources lasted.

Quality and intensity of the game increased considerably, when compared to the first match of the evening.  Still, it became obvious that the French team in particular has some more work to do, before reaching the level that made them World Champions, 10 months ago.

But, they lost against a well-playing Danish team.  A flexible Danish 6-0 defense – changing to 5-1 towards the end – was effective most of the time, and when in attack, the two back court players, Anne Mette Hansen (left) and Mette Tranborg ( right) showed their skills. The fact that both of them did enormous work on the other end of the pitch as well, only made their performance so much more outstanding.

It took the French side around 45 minutes to find a way dealing with the two sharp-shooters, but after a shaky Danish period, others were able to take over as well – right wing Trine Østergaard, in particular.

France´s legendary coach, Olivier Krumbholz, had brought a huge squad to Denmark, and as his colleagues in the earlier match, he made full use of it.

Certainly, Allison Pineau stood out, carrying the weight of the attack as playmaker, in the absence of Grace Zaadi.

Not all of Krumbholz´ experiments were successful, but 19-year-old right back, Jannela Blonbou, will be an interesting player to follow in the years to come.

Despite some French deficits, Denmark’s joy after the match was understandable – defeating the reigning World champion is always something to be proud of, even in the first test match of the season.