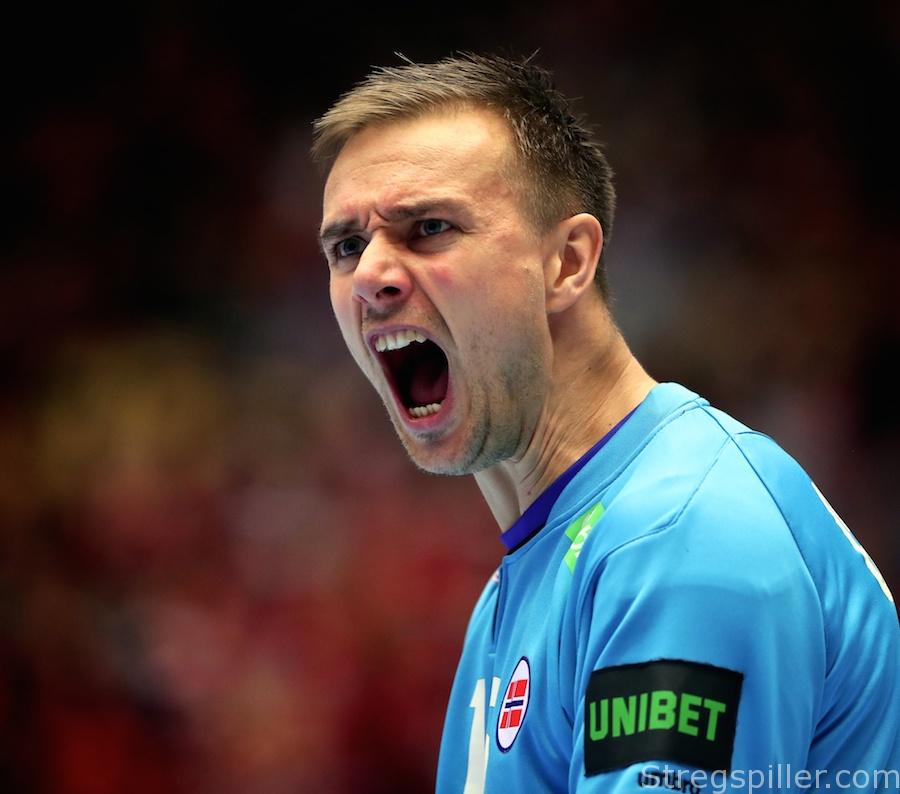 MATCH REVIEW – A convincing 30:27 win in the Scandinavian derby against Sweden, keeps Norway’s  semi-final dreams alive and postpones any other decisions until the very last match day of Group II, on Wednesday.

There was a chance that on the second to last match day all the semi-finalists from Group II would be determined.  In case of a Swedish win, Denmark and Sweden could already plan their trip to Hamburg for the semi-finals, on Friday, whereas Norway needed a victory to stay in the race.

Playmaker, Jim Gottfridsson as well as line player and defense specialist, Jesper Nielsen (both Sweden) were missing, while Norway were handicapped because their last match ended just 20 hours ago.

Sweden were expected to go “all in”, based on the assumption that it would be easier to book the semi-final ticket against a tired Norwegian team than banking on a success against Denmark, two days later.

The match turned into a typical Scandinavian derby – physical and intense – although, not as balanced as these battles typically are.

Sweden tried to put Norway under pressure from the get go, but the tactic backfired during most of the first half.

Even though Mikael Appelgren did rather well in goal, Norway got off to the better start with a series of two-goal leads.

Only after 17 minutes did Hampus Wanne hand Sweden their first lead (9:8), which was extended to 10:8 and 11:9, shortly thereafter.  But, Norway fought back and an irresistible finish before the break resulted in a three-goal advantage by the time the two teams changed sides.

Would the tough match only 20 hours earlier impact Norway in a negative way and slow them down?

No, it didn’t, especially not Magnus Jøndal.  The left wing from Flensburg had been causing problems throughout the first half, scoring seven goals on seven attempts, and after the break, he continued where he left off.

It was also Jøndal, who decided the match for good, when he made it 30:27 for Norway on a 7-meter penalty with less than three minutes to play.

Sweden did stage a comeback and came within two goals, but could not get even, as Norway stayed in control.

“I did not pay much attention to my own performance. I am just glad it went so well for our team.

“Now, I am looking forward to Wednesday, where we  will have to beat Hungary.  I think, Denmark – on home ground – will be able to defeat Sweden and then we will be in the semi-final after all”

“We simply made too many mistakes, especially in the period around the break, where Norway decided the match by going from 14:14 to 22:15.

“Wednesday, the entire pressure will be on Denmark, so I hope we can stun them in their own arena.”

Norway will need a win in their last match against Hungary, and if the men of coach Berge succeed, they will have to wait for the outcome of the last game of Group II, where Sweden meet the Danish hosts.

Sweden will qualify for the semi-finals with a win of at least four goals and in case of a Swedish victory of exactly four goals, Sweden and Denmark both proceed to the final round.

In case of a Danish success, Norway and Denmark will visit Hamburg, on Friday.