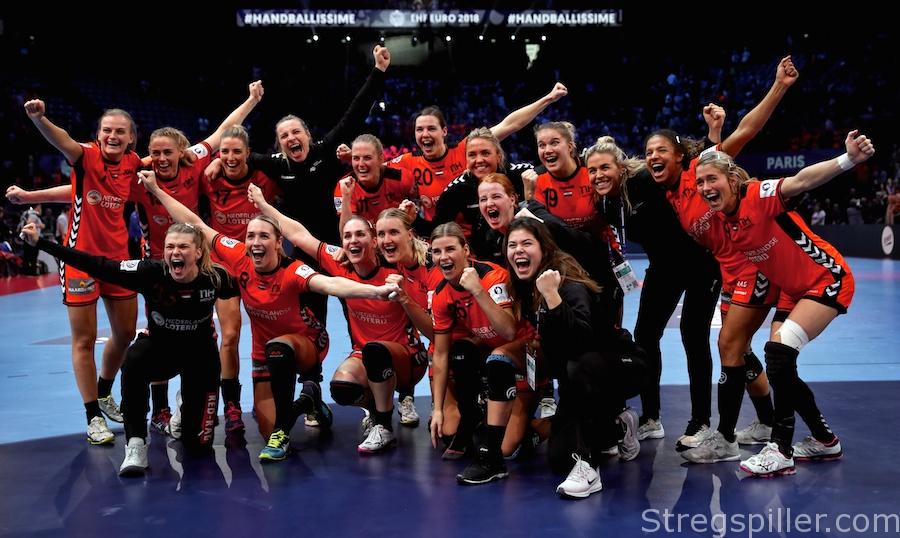 With the Women’s IHF World Championship just days away, we continue our countdown to the event with a look at each of the four groups individually.

Each group’s contenders will be placed into different categories, depending on their predicted chances and in Group A, it’s clear to see that two teams stand out above the rest – three-time world champions Norway and 2015’s beaten finalists the Netherlands.

How will life after Nycke Groot treat the Netherlands? Groot, arguably one of the very best playmakers in the game, retired from international duty earlier this year as did key defender Maura Visser, which has left new coach Emmanuel Mayonnade with plenty of work to do in recent months.

“I am not really sure where we stand this time around,” star player Estavana Polman recently told stregspiller.com, an understandable statement as the Dutch squad remains full of top talent, but will need players who are still untested at this level to step up.

Norway’s preview can be summed up as simply as a list of players missing through injury. Kari Grimsbø, Nora Mørk, Katrine Lunde, Amanda Kurtovic, Veronica Kristiansen, Henny Reistad are among the players out of the squad and for the first time in a long time, Norway is not a name first out of many people’s mouths when they speak of favourites.

Nevertheless, they still possess some world class names as well as a healthy chunk of the impressive Vipers Kristiansand squad and that should see them safely progress from the group.

Scrapping for the main round

With EHF EURO 2018 top scorer Katarina Krpez Slezak and CSM Bucuresti star Andrea Lekic out of action, nothing is certain for Serbia in what was already a tough group. There is still plenty of experience within the squad, however, and they will need every ounce of it to safely navigate through the opening week of the championship.

Slovenia could not have asked for a better time for a championship to come, with superstar right back Ana Gros enjoying a stellar season with Brest Bretagne. 22-year-old Tjasa Stanko could be set for her major international breakthrough, while coach Uros Bregar has continued to develop young talent at RK Krim Mercator, who did enough to qualify for the main round of the EHF Champions League.

The clash between these sides on 6 December is certain to be a emotional and tense encounter, which could be a straight shootout for third place in the group.

The broke into the top eight as recently as 2011, but Angola have been out of the spotlight in recent years and this tough group makes a top-half finish unlikely this time around.

Danish coach Morten Soubak and his side have been busy over the past six months, winning three separate African titles, while the vast majority of the squad, who play for 1º de Agosto, won the very first Women’s Super Globe in China back in August.

After winning the first edition of the North American and the Caribbean Championship, Cuba qualified for the world stage for the first time since finishing second last in 2015. It is always tricky to know which players will show up for a Cuban team at this level, particularly as they decided against playing pre-tournament friendlies.