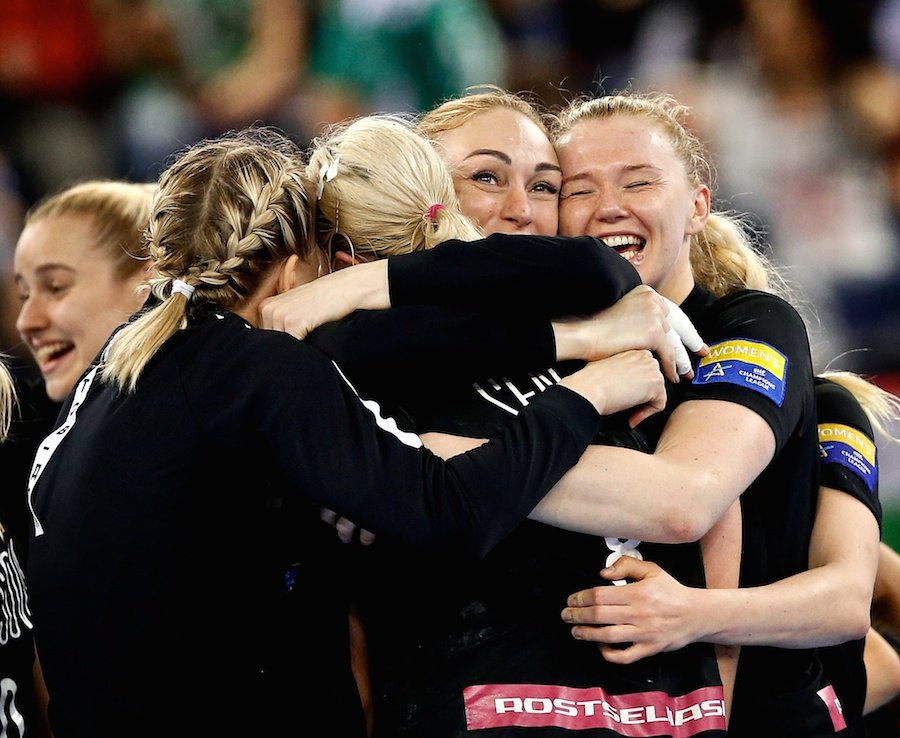 Both teams were aiming to take the top spot in Group A of the 2020/21 DELO EHF Champions League.

Metz HB had arrived without the recovering Manon Houette (left wing) and right back, Marie Helene Sajka, while Rostov-Don were missing the 2013 World champion, Mayssa Pessoa (goalkeeper), who is in the midst of her rehabilitation process after knee surgery.

The final score (30:26) doesn’t fully reflect the, for the most part, one-sided match in Rostov. It took five minutes before the Russian champion would take their first lead (4:3), courtesy of Swedish line player, Anna Lagerquist.

Midway through the half the team of head coach, Per Johansson, got a better grip on the game and only two Metz goals between the 16th and 30th minute paved the way to victory for Anna Vyakhireva & Co.

All eyes were on Grace Zaadi (Rostov) in the match against her former teammates, but during a hectic opening phase of the game it was Metz who had the upper hand.

It all changed once Zaadi found her range.  Three goals of the French playmaker within two minutes, midway through the first half, changed the course of the match for good. Burgaard’s (Metz) goal in the 16th minute would be only one of three Metz goals before the half time buzzer.  A quick call for time out (18th minute) by Metz coach, Emmanuel Mayonnade, did nothing to change the rhythm of the affair.

It took Rostov only three more minutes before deciding the match in their favor.  Sen, Vyakhireva and left wing, Kristina Kozhokar made sure that coach Johansson would enjoy a relaxed afternoon for the remainder of the game.

On the other side, Metz scored only three times until minute 45, before the two teams would begin trading goals.  Five minutes before time, Rostov took the foot off the pedal and the final score read 30:26.

Six Metz goals (between minute 16th to 45) sum up the lopsided affair in Rostov on this Saturday afternoon. Meline Nocandy (Metz) was the only real threat in the backcourt of Metz as Louise Burgaard and Orlane Kanor struggled to find the back of the net.

It’s a blessing having a multifaceted player like Ana Sen (Rostov) on the team. The 29-year old, once again, showcased her many skills on both ends of the court, assuming almost every position, while scoring five times.

It would have been even more of an uphill battle for Metz if it would have been for the saves of  Hatadou Sako.  Especially,  in the first half of the match the Senegalese international kept the French champion in the game.

Metz will spring back into Champions league action next weekend, when they will host Team Esbjerg, while fans of Rostov-Don will have to wait until November 7 before the team of head coach, Per Johansson, will tackle the Danish champion at home.

Rostov’s earlier match against Vipers Kristiansand has been postponed to a later date as the Norwegian club has asked for a delay because of the complex quarantine logistics relating to the ongoing Corona virus pandemic.