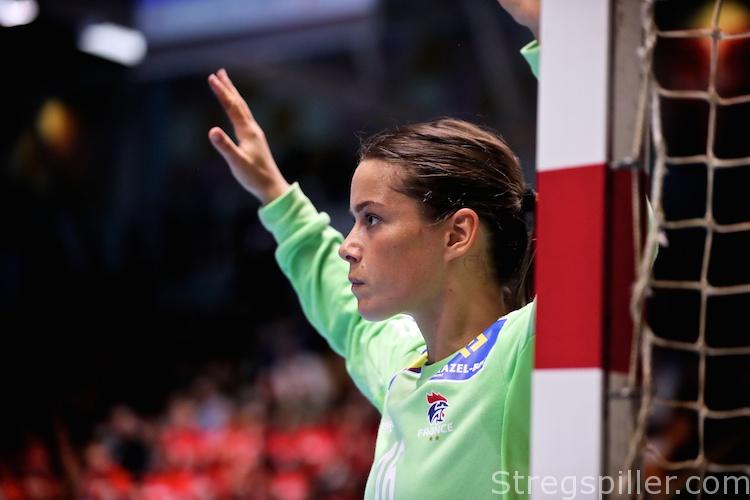 Metz were still without Croatian goalkeeper, Ivana Kapitanovic, while Brest continue to miss Polish international Monika Kobylinska because of her knee injury.

Brest left the pitch with a win and a decisive 10-goal difference – 34:24.  From the beginning the French record champions were struggling and only regained their footing after 20 minutes of play.

The way it all went down this afternoon, Brest appear to be well on the road to Budapest for their very first appearance at the DELO EHF Champions League FINAL4.

It took the better part of twenty minutes before Metz got into the game, but by that time the hosts were already in firm control.

Sandra Toft’s save rate (45% – 9/20) spoke for itself and only the injury of Brest’s left-back, Kalidiatou Niakate, cast a shadow by the time the two teams changed sides.

Ana Gros & Co. went straight back to work and increased the margin of difference to eight (19:11) within minutes after returning to the pitch and Cleopatre Darleux in goal continued where Sandra Toft left off.

On the other side head coach, Emmanuel Mayonnade, tried various formations to stem the tide, but not much worked.  Hasty shots in offense only invited counter attacks and as a consequence Brest opened a 10-goal window midway through the half.

Meline Nocandy’s (Metz) direct coverage of Ana Gros (10 goals) disrupted the rhythm of the match only for a moment before she had to leave the court after collecting her third two-minutes penalty. On the other side, line player Pauletta Foppa, had suffered the same verdict only minutes earlier.

Metz could not match the intensity of Brest, not on this Sunday afternoon.  The French record champions were outplayed in every single category and at no point in time were they able to challenge the team of head coach, Laurent Bezeau.

Given today’s performance of Brest Bretagne the second leg match in Metz, next weekend, appears to be a mere formality en route to the FINAL4 in Budapest.

“We just had no power, no character – I think.  The key was that we lacked spirit.  Of course, there is hope (for the second match ed.) if there is no hope, we shouldn’t play. We know what we did not do well, we know what we have to do, we know what they play, we know what we can do, we should have confidence in our abilities and show a better performance next week.”

“I think our defense was really good.  We started very strong and aggressive.  Everybody were doing their part including the goalkeepers, who had an easier job because we defended well. We stuck to the plan that we set before the game and we were well prepared for Metz.  I am very proud of our performance today. ”