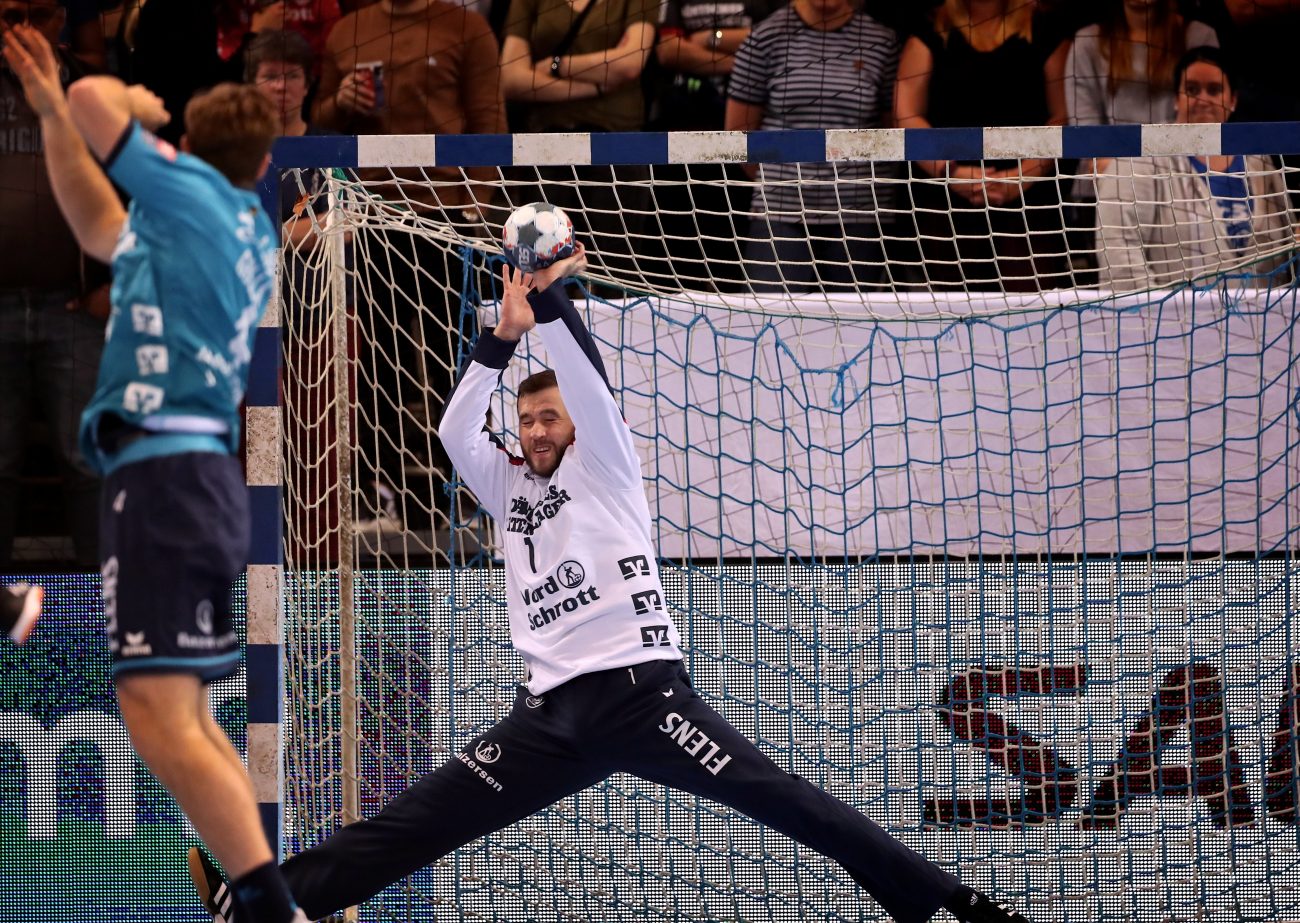 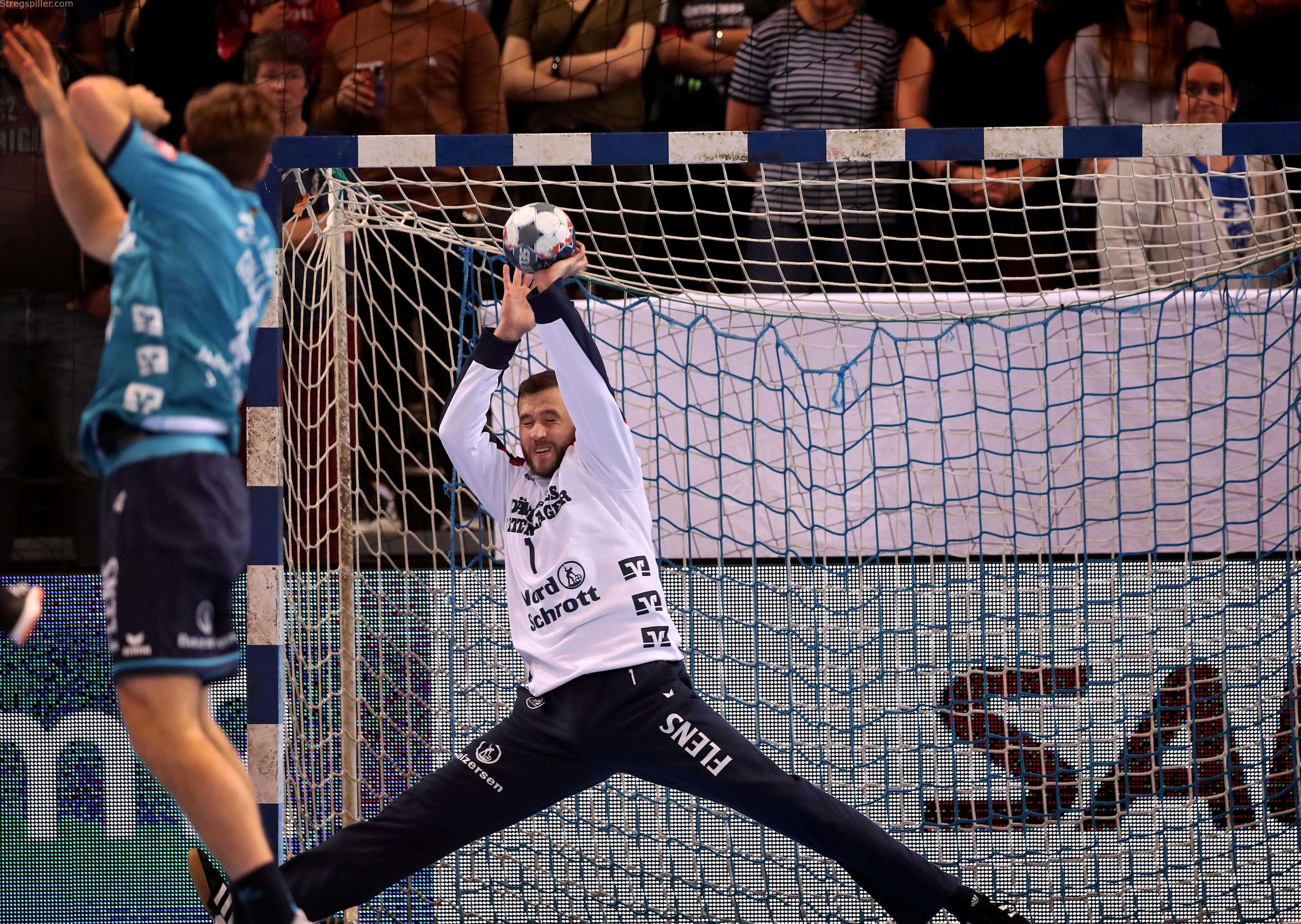 “20 goals in a home game are not good enough”

Taking into account the previous games in Europe’s premier handball league, the German champion appeared to be on track following wins in Celje, at home versus Elverum and a draw in Szeged.

In contrast, Zagreb had a troubled start to the new season and after outsized losses in the games against Paris (29:37) and Aalborg (20:30), club management saw an immediate need to replace coach Branko Tramse with the flamboyant, ex-coach, Veselin Vujovic.

Flensburg’s temporary replacement for injured left-wing, Hampus Wanne, Marvin Lier, was not eligible to play because of regulatory reasons.  Zagreb had four players on the injured list.

In more than one way the match was reminiscent of handball in the 1980’s. Especially, Zagreb’s 3:2:1 defense formation and prolonged attacks prevented a high score.  On the other side, Flensburg’s lack of ideas, when in offense became apparent, once again.

It took Svan & Co. until the 56th minute before they put the game out of reach, when Jim Gottfridsson increased the lead to three goals (18:15).

Roughly 3,300 were in attendance and had to stand more than once in support of the home team. Towards the end of the first half, for example, as the Croatian’s were leading by a four-goal margin (25th minute), before line player, Johannes Golla, almost single handedly closed the gap.

Those who were hoping to see a rejuvenated SG Flensburg after the break had to wait until minute 41, before the team of head coach, Maik Machulla were able to retain the lead again. If it wouldn’t have been for another outstanding performance of Benjamin Buric in Flensburg’s goal, who knows what kind of twists and turns this match could have taken?

Ultimately, Zagreb had to pay tribute to a more experienced opponent, backed by a strong goalkeeper, who was unwilling to cave in, in a hard fought match.

As the clock was dwindling down, Zagreb’s young guys had to pay tribute to the team that was physical stronger at a critical time and more concentrated. Coach Vujovic’s change of goalkeepers (Matej Asanin replaced the well playing Radivoje Ristanovic) did nothing to change the momentum in the match.

It was difficult to single out one player, but Benjamin Buric (45% saves) in goal and Johannes Golla (5/5) stood out and both delivered strong performances.

On Zagreb’s side, goalkeeper, Ristanovic (38% saves), veteran player, Zlatko Horvath (5) and Matej Hrstic (3) had the most notable impact on the game of the Croatian champion.

Flensburg’s head coach, Maik Machulla will look back at a decent performance on the defensive end but the lack of punching power and creativity, when in offense must be worrying as it’s not the first time that Flensburg struggles against an aggressive opponent this season. After the match he paid tribute to the fact when he confirmed that, “20 goals in a home game are not good enough!”

On October 20th, SG Flensburg will head north to meet Aalborg Handbold and Zagreb will face another up-hill battle versus MOL Pick Szeged.