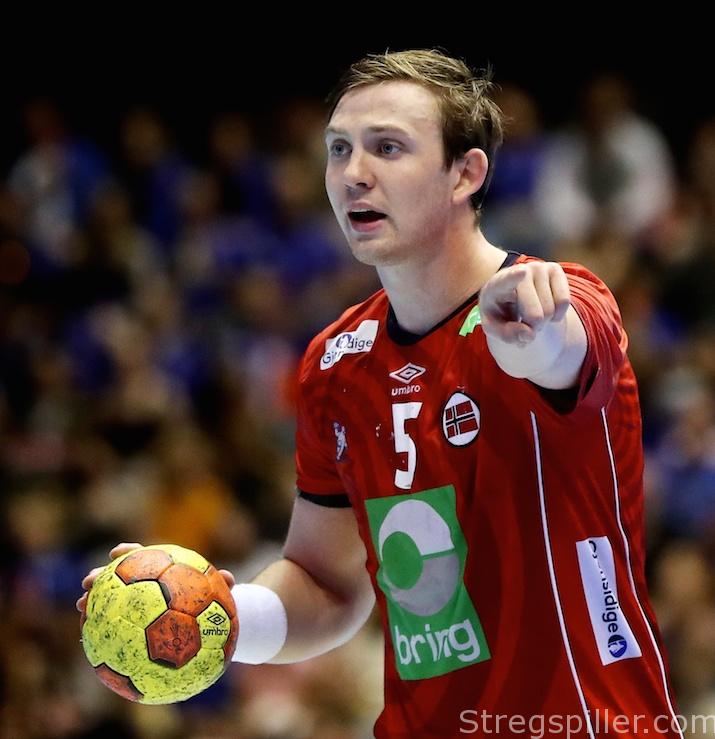 Let’s move on and take a look at the back-court, the so-called “King’s” position – the left-back.  Please remember that my list is subjective and open for discussion. Having said that, I prefer players who can do it all.  So, someone who  is able to defend as well, probably stands a better chance getting my attention.

# 5:          Nikola Bilyk (THW Kiel and Austria) already makes my list, and I have to admit that I’m a huge fan of him.  Actually, there are several reasons why I rate him so high.  First of all, he is a world-class talent.  He joined one of the biggest clubs at age 19 and it all came natural.  Throughout the season he was able to play on a very consistent and high level – remarkable for a player his age.  Lukas Nilsson, the other teenage sensation at THW Kiel, is miles behind.

# 4:          Michael Damgaard (SC Magdeburg and Denmark) has an incredible hard shot and the description might not even do him justice. I still remember well when he hammered a shot past Kiel’s defense for a buzzer beating game winner. Although at the time it didn’t look like he was going to shoot at all. His release is just that quick and opponents have to be well aware of his abilities while defending him. If he improves on playing defense – something I’m not sure he really wants to – he can hang with the very best. For now, he does so playing on one side of the court only.

# 3:          Sander Sagosen (Paris Saint-Germain and Norway) will be a superstar for years to come and the face of Norwegian handball.  He still is just 22 years of age, but already put is amazing talent on display in two major tournaments; last at the World championship this past January.  What I love most about him is the combination of power and speed, and his ability to “read” the game.

# 2:          Momir Ilic (Telekom Veszprem and Serbia) is still as good as they come. He suffered a bit because of Veszprem’s schedule this past season, as his club played more than 70 games including plenty of travel. Rest?  Almost impossible.  It all showed towards the end of the campaign, nonetheless he managed to finish third among all goal scorers in the Champions League.  In 2017 the Hungarians reached two Final Fours (SEHA and Champions League) and won the domestic double.

# 1:          Mikkel Hansen (Paris Saint-Germain and Denmark) already is an all-time legend.  He started the 2016/17 season winning the Gold medal at the Olympics in Rio.  He was the key why the Danish team was able to win it all.  Hansen was the leading scorer of all back-court players in the Champions League. His shot selection is second to none and he sets up his teammates as well.  He is a true winner and although all the pressure of Danish handball is on him – the biggest star – he doesn’t choke under pressure.  Media in his handball-crazy home country as well as fans might see it differently, but you can’t win all the matches by yourself, in the end it’s still a team sport.

Kim Ekdahl du Rietz, who played his last professional match of his (surprisingly short) handball career in early June, didn’t make the list, although it was a close call he decided to retire.