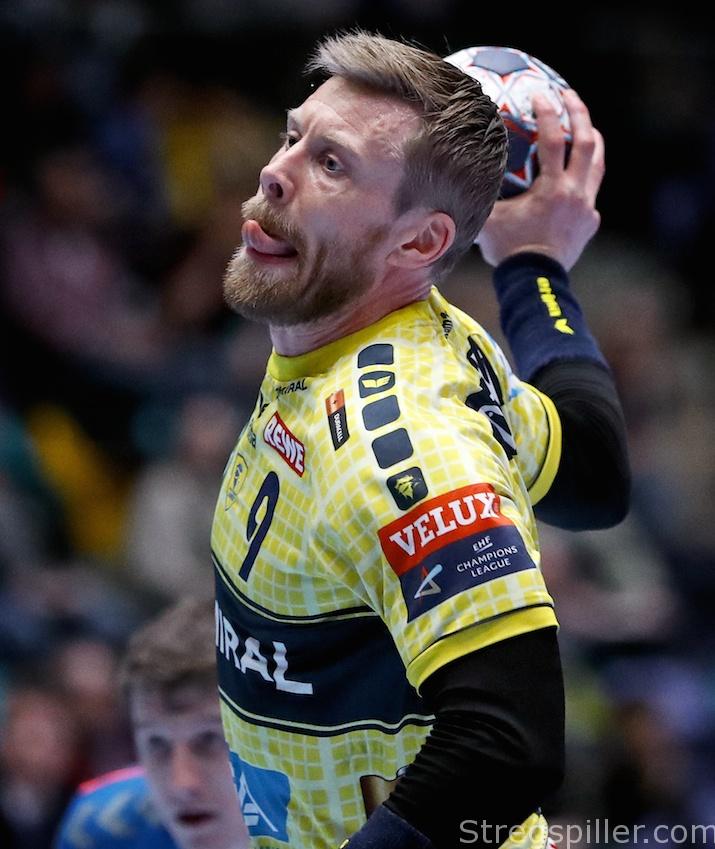 I continue my list of power rankings today with a look at the best left wings in the world.  Although some tend to think that it’s not the most important position, I completely disagree.  Yes, it might look like the wingers are just running up and down the pitch, but pure fitness is their base for success.  They also need great anticipation, speed and a great deal of shootings skills.  Because of the game’s development recently they also need to be better defenders than in the past.  So check out my list and enjoy discussing, especially if you disagree.

# 5:          Jonas Källman (Pick Szeged and Sweden) is what I call a true versatile player.  Maybe he is a surprise entry for you on my list, but I think after one or two years off since leaving the Spanish league he is back on track.  A reduced physical stress level in Hungary’s league has helped him to get back to his former level.  He can create a lot of trouble – in offense and defense – given his size.  On top of it,he is a very smart defender and can occupy multiple positions.  What he lacks in terms of shooting skills compared to the rest of the field, he makes up on the other end on the court.

# 4:          Gudjon Valur Sigurdsson (Rhein-Neckar Löwen and Iceland) is an age defying wonder. He will turn 38 in a few days, but you won’t notice.  He returned to Germany from the ASOBAL and people questioned whether he could still hang with the very best.  Well, he could!  He only missed one game last season, scored over 200 goals and finished fourth in the scoring race.  He’s also one of the best locker room guys in all of handball.  You still doubt him?  I don’t, that’s for sure.

# 3:          Timur Dibirov (Vardar Skopje and Russia) has finally established himself as a world-class left wing.  Two stellar performances in the EHF Champions League FINAL4 in May only added to it.  His defensive skills and quick hands came up big during crunch time and he scored key goals in a memorable final against Paris.  Sure – he plays in a domestic league not encountering much competition, but the SEHA League makes up for it.  It’s a shame that his national team doesn’t keep up with the best anymore – it surely is not his fault.

# 2:          Valero Rivera (FC Barcelona and Spain) has proven why his club wanted him back after six years in the French league.  It’s difficult to imagine that he is already 32 years old, but wingers usually don’t age as fast compared to players that cover other positions.  His shooting repertoire is top notch, and his durability as well.  He hardly misses open shots (as long as he is not facing Andreas Wolff).

# 1:          Uwe Gensheimer (Paris Saint-Germain and Germany) is the clear number one on the list, by a mile.  Which doesn’t mean that the other candidates mentioned before don’t represent world-class, but the German is in a class of his own.  He joined PSG last summer and won the goal scoring title in the Champions- and in the French league.   He continued to play in the 2017 World championship, despite tragedy in the family.  It’s testament to his ability to focus totally on what’s happening on the court.  Uwe Gensheimer – an All-Star and handball legend.

Honorable mentions in no particular order: It’s a tough call to not include Kentin Mahé in this list, because he is a fantastic player. But he also plays in the back-court (sometimes) and is not a pure left wing.  That’s why I have to say, “Pardon Kenny” – we will see how it will work out in the future with Anders Eggert back in Denmark.