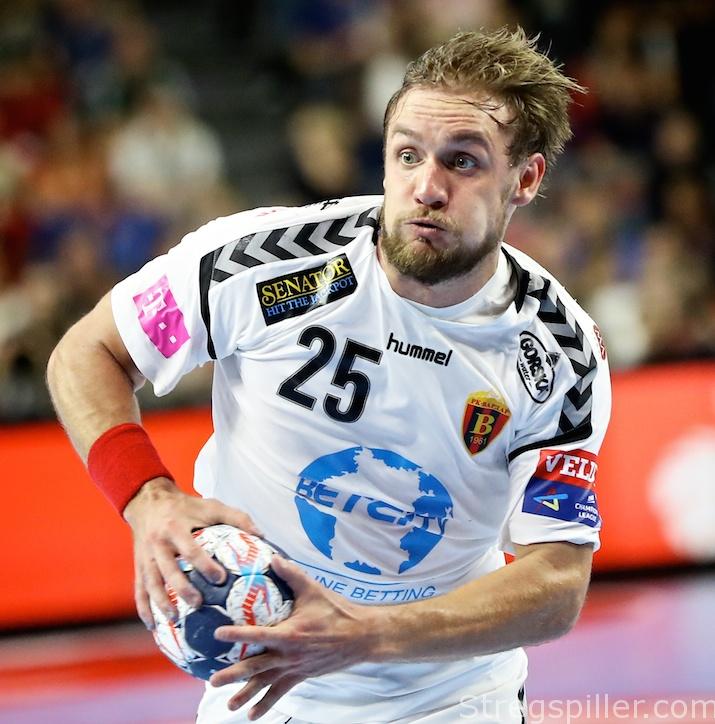 I am a huge fan of playmakers, as they carry the whole team. Everything starts with their first move. Their concentration has to be top notch all the time in order to be successful. Playmakers have to be smart, understand the game and take the right decisions in crucial situations. Here is who made the list and who didn’t.

# 5:          Thomas Mogensen (SG Flensburg Handewitt and Denmark) doesn’t play for the national team anymore and – in hindsight – may have chosen the wrong moment to retire from international duties, as the Danes went on to win the Olympic Gold medal in 2016. But saving his energy and not participating in the many matches with the “Red and White” team, he was able to continue on a high level, as the leader of a Flensburg squad that finished second in the German league, reached the cup final and was only ousted from international competition by the eventual 2017 Champions League winner.

# 4:          Nikola Karabatic (Paris Saint-Germain and France) is one of the ten, if not five best players of all time. He is a title collector, a leader, a living handball legend. But – yes, there is a “but” – he is not the dominant force he used to be when he was in his prime. Yes, I do consider him past his most productive time on the pitch. It doesn’t mean that he is not a world-class player anymore, but his style of playing handball requires him to be at 100 percent physically and mentally and I don’t think he has reached that level since the 2014/15 season. The French league is way more stressful and demanding than the Spanish ASOBAL and it shows.

# 3:          Andy Schmid (Rhein-Neckar Löwen and Switzerland) is one of the main reasons why I love handball. The Swiss wizard is just a joy to watch and worth every penny spectators pay for their ticket. He has led his club to two consecutive league titles, trophies many people thought were almost impossible to achieve. He even added a new dimension to his game, when he started to defend on the left-wing position, helping his team’s counter-attack to be more dangerous and effective. Did I already mention his “no-look” passing to his line-players while faking a jump shot? Well, I just did.

# 2:          Luka Cindric (Vardar Skopje and Croatia) was rather unknown until his “explosion” in the first half of 2017. Be honest, how many of you actually knew who Luka Cindric was before last January? Don’t feel ashamed, I think you are in good company. Vardar Skopje wasn’t in the spotlight like other teams and usually Cindric was backing-up Domagoj Duvnjak on Croatia’s national team. But when Duvnjak was suffering from a nagging knee-injury, Cindric took over at the World championship. Thereafter he stepped up his game on the club level. His buzzer-beating goal in the Champions League semi-final against Barcelona sent his team to the final. Yet was another epic moment in the history of the event.

# 1:          Aron Palmarsson (Telekom Veszprem and Iceland) is one of my all-time favorites, and he is just 27 years old, can you believe it? He can defend, which many of his colleagues occupying the same position cannot. He can shoot, he can assist, and he almost has no weaknesses. It’s a shame that his long-anticipated move to Barcelona in 2018 – still awaiting official confirmation – caused some stir. Recently, he decided to not participate in Veszpem’s first training sessions of the new season. But it doesn’t take away from his talents on the court. I wonder how good he can be when he will be a rested player in the Spanish league.

This past season was a tough one for Domagoj Duvnjak. He was voted into the All-Star team at the World championship – for whatever reason. From what he told me, he wasn’t happy with his performances in France. Eventually, his season was cut short by injury and that’s why he didn’t make my 2017 list.