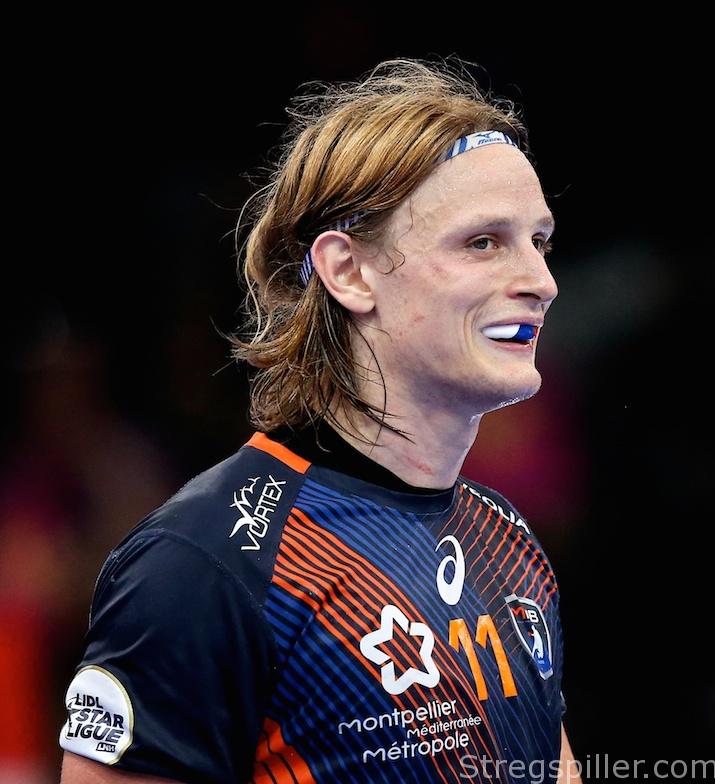 Honestly, I wasn’t too impressed by the performances of the various left-backs this past season.  Looking at the position of right-back it seems like it’s more crowded with younger, talented players these days.

# 5:          Dainis Kristopans (Vardar Skopje and Latvia) is probably one of these guys.  Many recognize him because of his height.  He is listed as measuring 2,15 meters and he sure looks a bit clumsy at times, finding himself in difficult situations on the defensive end when facing quick and often smaller opponents. But in my opinion he is underrated.  Do you think the reigning Champions League winner would offer him a contract if they didn’t believe in his abilities?  I’m sure he will get everyone’s attention once the new season starts.

# 4:          Jure Dolenec (FC Barcelona and Slovenia) is on the verge of becoming a household name in handball and he is more than ready to take the next step, as his move to the Spanish handball giant, FC Barcelona, demonstrates.  Right now, he probably is the most elegant right-back there is and only lacks physical strength to score more goals from long range.  It’s delightful to watch him play, as everything he does on the court looks effortless and easy.

# 3:          Kiril Lazarov (HBC Nantes and Macedonia) is way past his prime, pundits concluded some years ago already.  I think he can still play on a very high level for years to come.  His experience is obviously helping a lot as well as the fact that he only plays in offense.  I still remember some of his actions during crunch time in the semi-final of the 2017 EHF FINAL4 against Vardar, when he scored several goals courtesy of a still impressive jump shot.  Lazarov still means business.

# 2:          Nedim Remili (Paris Saint-Germain and France) is one of the many reasons why the French national team doesn’t have to be afraid once the so-called “Golden Generation” has retired completely.  He already is playing on a very high level and is one of the guys I admire for his intelligence on the court at a young age.  Remili made the All-Star team at the World championship in January as well as in the Champions League.  He is set to grow into a much bigger role in the next few years and will become a cornerstone of his club and national team – I have no doubt.

# 1:          Alex Dujshebaev (Vive Tauron Kielce and Spain) carries a heavy burden – his father Talant was one of the best players of all time.  It’s not easy to deal with that kind of pressure and live up to sky-high expectations.  Until now, I think Alex has done a tremendous job of living up to those expectations – he certainly did so during the final months of the 2016/17 season.  His performances in the Champions League were of high class.  Alex is not a pure shooter, but he often excels in one-on-one situations and plays really smart handball.  He is the total package once he learns to play to defense.

The more I write, the more I think of all the great players who didn’t make my power ranking.  But I’m not handing out “lifetime-achievement” awards, it’s all about what I saw on the court in the past twelve months.  Holger Glandorf, for example, missed some weeks during the most crucial time of the season, while Fabian Wiede was side-lined in the early part of 2017 and did not make it to the World championship.  And Laszlo Nagy was just plain tired.