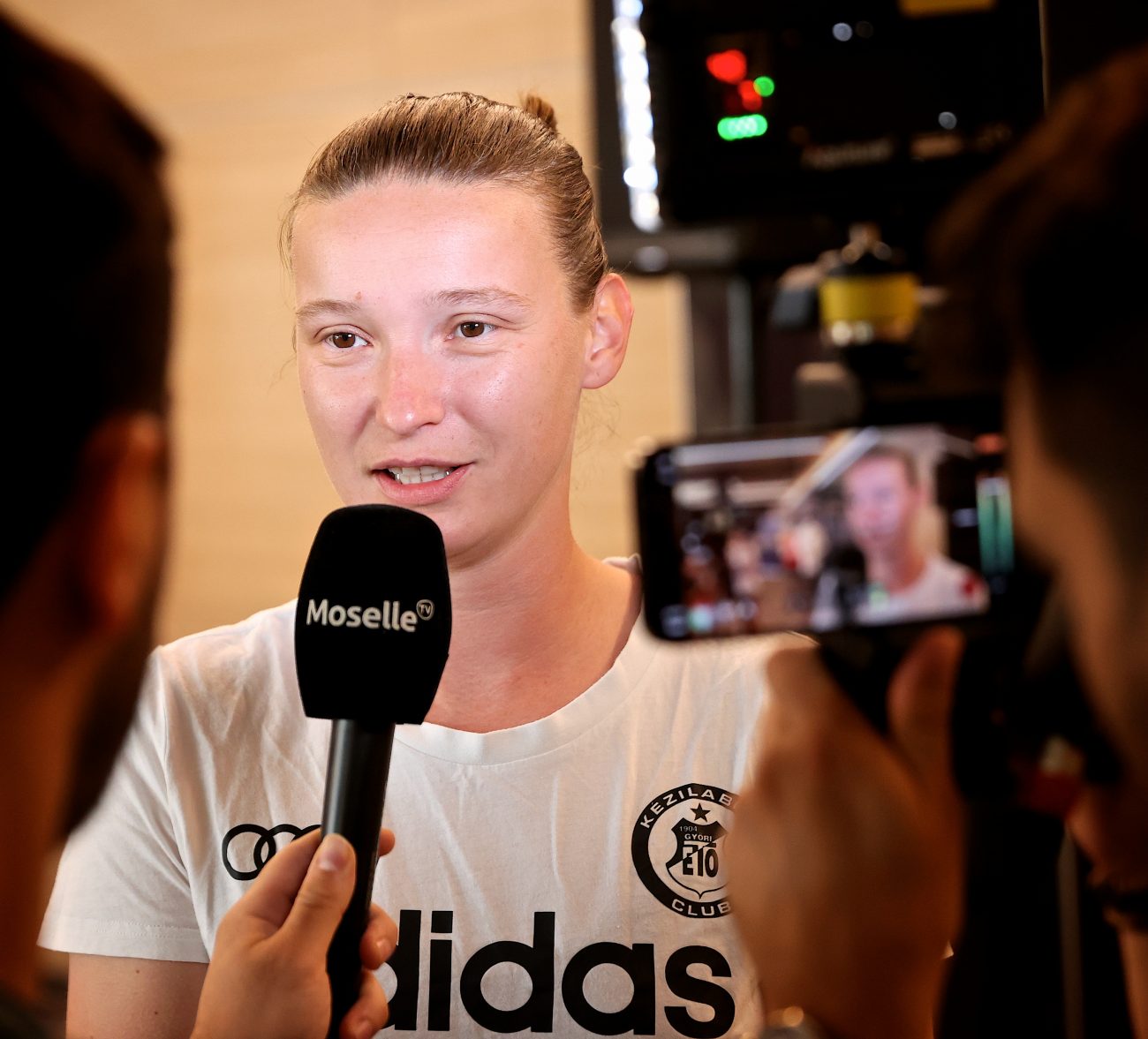 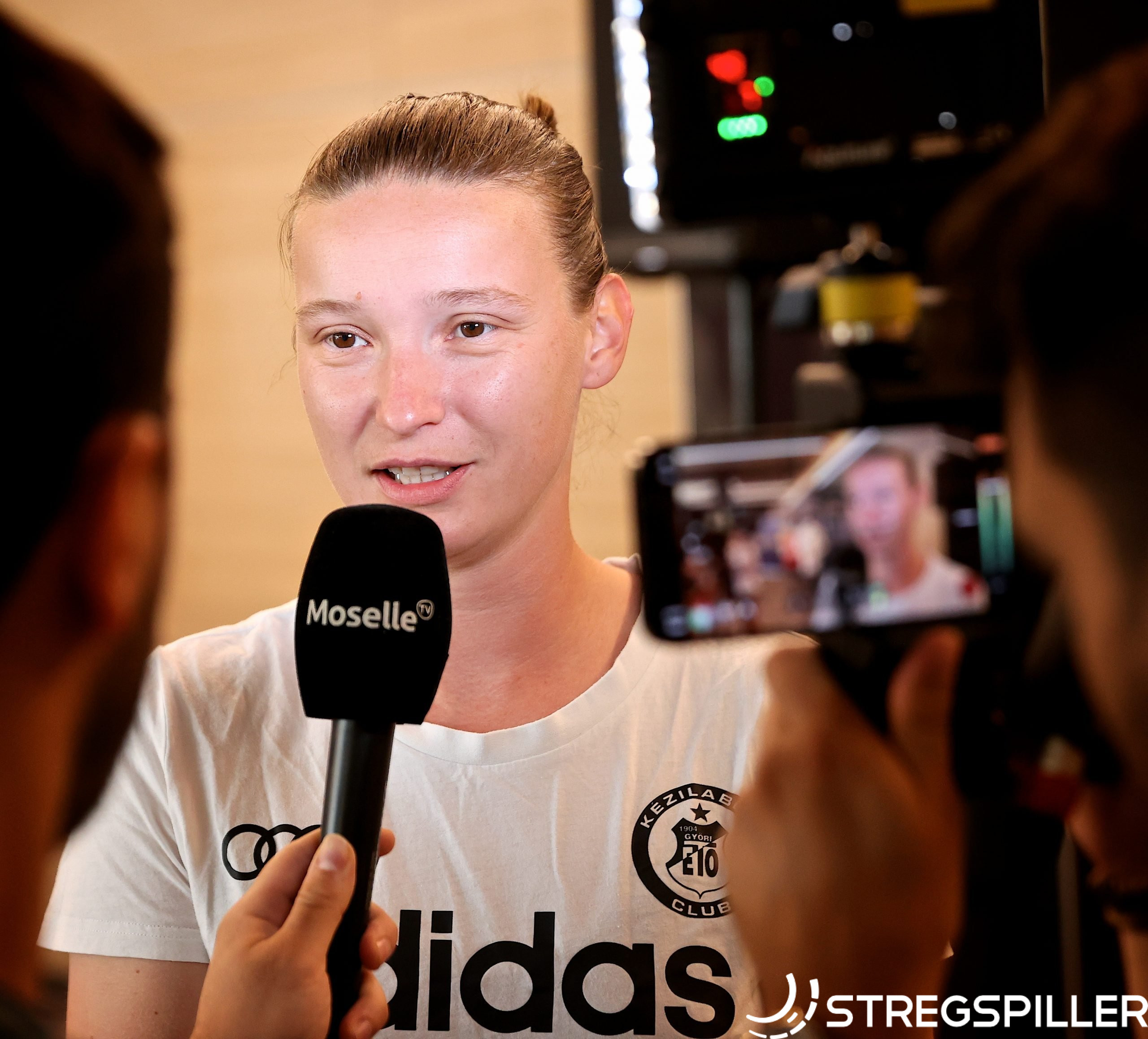 “Once we are here (at the EHF FINAL4 ed.) the only objective that’s left is to win.  If we are the one, we will be very happy.

“The most important thing is to have a positive feeling and good emotions. That way we can make it all the way to the final.

“It’s also clear that this has been a long season, including the Olympic games and a World championship – it’s a bit long and all players feel this as well. It’s a bit long.

“But this (EHF FINAL4 ed.) is different, it’s our last chance to finish a fantastic season in the Champions League and we are ready.

“The four teams that are here, in Budapest, will give everything to win and our first opponent (Team Esbjerg ed.) maybe in a better rhythm as they faced several difficult games in the Danish league, against Viborg and Odense. It doesn’t matter that they lost the domestic league – they are here and that’s all that matters.  Esbjerg know how to play games when the pressure is high.

“We are looking forward to two days, two good games, good emotions and then we’ll see where we end up.”

“After our respective losses at the cup (Gyor) and the league (Esbjerg) we are looking at two team who want to bounce back.

“I can only speak for my team, but we will use it as motivation and move forward.

“This semifinal (against Esbjerg ed.) will be special as I will face many girls and the coach from the national team. I hope to beat them as we all gather for “national week”, next Tuesday – so I hope to have the last word.

“The Champions League means everything – it’s a dream and every player wants to win it.”

“It’s good that we have the Champions League FINAL4 right away after our loss against FTC (in the Hungarian Cup ed.) this past weekend. We analyzed it and we got over it – it’s a positive that we don’t have the time to dwell on it for too long.

“Ambros (head coach Gyor ed.) has been doing a good job balancing the workload in training sessions as we are coming to the end of a very long season. Still, we keep pushing our speed and we will fight until the very end.”

“When I face friends and teammates from the Norwegian national team this weekend, I don’t think so much about that, but about their strength and how to defend against them.

“Of course, it’s nice to meet them here in the team hotel when everything is nice and calm, but on the court it will be different, on Saturday.  We will do everything to beat them.

“This weekend is the best one all season long – we don’t have the time to be disappointed after losing the Danish league. Two more games are coming up quickly and I am looking forward to it.”

“Considering the players and the team we have, I don’t think that motivation will be a problem. At the beginning of the season nobody expected us to reach the FINAL4.  But, we have performed on a high level and only lost one game during the group phase, on the road against Brest Bretagne.

“We always keep our eyes on championships – now it’s the FINAL4 and we have our dream of  winning it, instead of experiencing the media circus etc.

“Gyor is a fantastic team and we have to be at our best to beat them. They will have to endure the pressure – Gyor is the favorite as they always make it to the FINAL4. They had their eyes on the FINAL4 all season long – now they are here and they have to perform.

“The loss this past Tuesday (Esbjerg lost the Dnish league against Odense ed.) doesn’t matter anymore.  Now, it’s the weekend and my players will rise again – we are ready for the FINAL4.”

“I am very proud to lead my team in the Champions League FINAL4 as we lose several players after this season.

“The FINAL4 is another world – after 2019 our first time here in Budapest, this time is different.  We are here to win.  It’s very special to me and I have full confidence and trust in my team, the staff and the coaches.For me

“For me it will be my last FINAL4 for some time,  as I leave Metz to join Paris – so ‘yes’ it is very special and I will enjoy it together with our fans.”

“To be here is just amazing – to know that we are among the four best teams in Europe is so big.  But, we are in Budapest for more.

“For Metz it’s the second time around and we have several players on the team who know what this is all about. I have not played a Champions League FINAL4, but I have been in big matches and experienced this type of pressure.

“We are not here to become number four, we are here to win the Champions League.”

“We won the French championship a few days ago but now everybody is focused on the Champions League FINAL4.   I know my team – we want to accomplish something nice at the FINAL4.

“Now, we will face some strong opponents. For me it’s the second time here, but take someone like Nora Mork – she has already won this championship five times.  So, there is a big difference in terms of experience between Vipers (Kristiansand ed.) and us.

“Still, we will be ready, we will be motivated and I hope I will see my best team on Saturday. I know what we can do when we are really focused.  When we are, fans will see the best of Metz Handball.

“The fact that we will lose six players next season could be an extra motivation for the entire team.  A player like Meline Nocandy, for example, deserves to play the Champions League final, in my opinion.

“The Champions League FINAL4 is just amazing something completely different.”

“I am bit less excited to be here compared to 2019, when we came to Budapest for the first time. But, of course, I am very happy.

“We are very focused and this FINAL4 will be all about Metz Handball.”

“We come to this FINAL4 as we are and I hope I contribute a good performance to my team. We have a good mixture of some young and some older players.  It’s the energy in the team that will push us forward.

“It’ll be tough – we know this – but we are in Budapest to repeat our success of from last season. But, first-things-first – we have to take to the floor as a team,  take the first one and then we’ll look ahead.

“Everybody is here to win – it will be difficult. The Champiosn League FINAL4 is a handball festival.”

“I hope we don’t face as much drama as in the past, when I enjoyed coming out on top (i.e. 2016 Champions League win with CSM Bucuresti and winning the semifinal in 2021 against Gyor in both instances).

“Anything can happen at the FINAL4 – that’s what I learned over the years coming here.

“We didn’t play so good against Metz during the season and I hope we can change this on Saturday. We have experienced players that have been here before and I am hopeful that this will work to our advantage.

“Bringing good energy to the game will be key aside from having a deep bench, so you can rotate the players.  I expect a very even match against Metz.