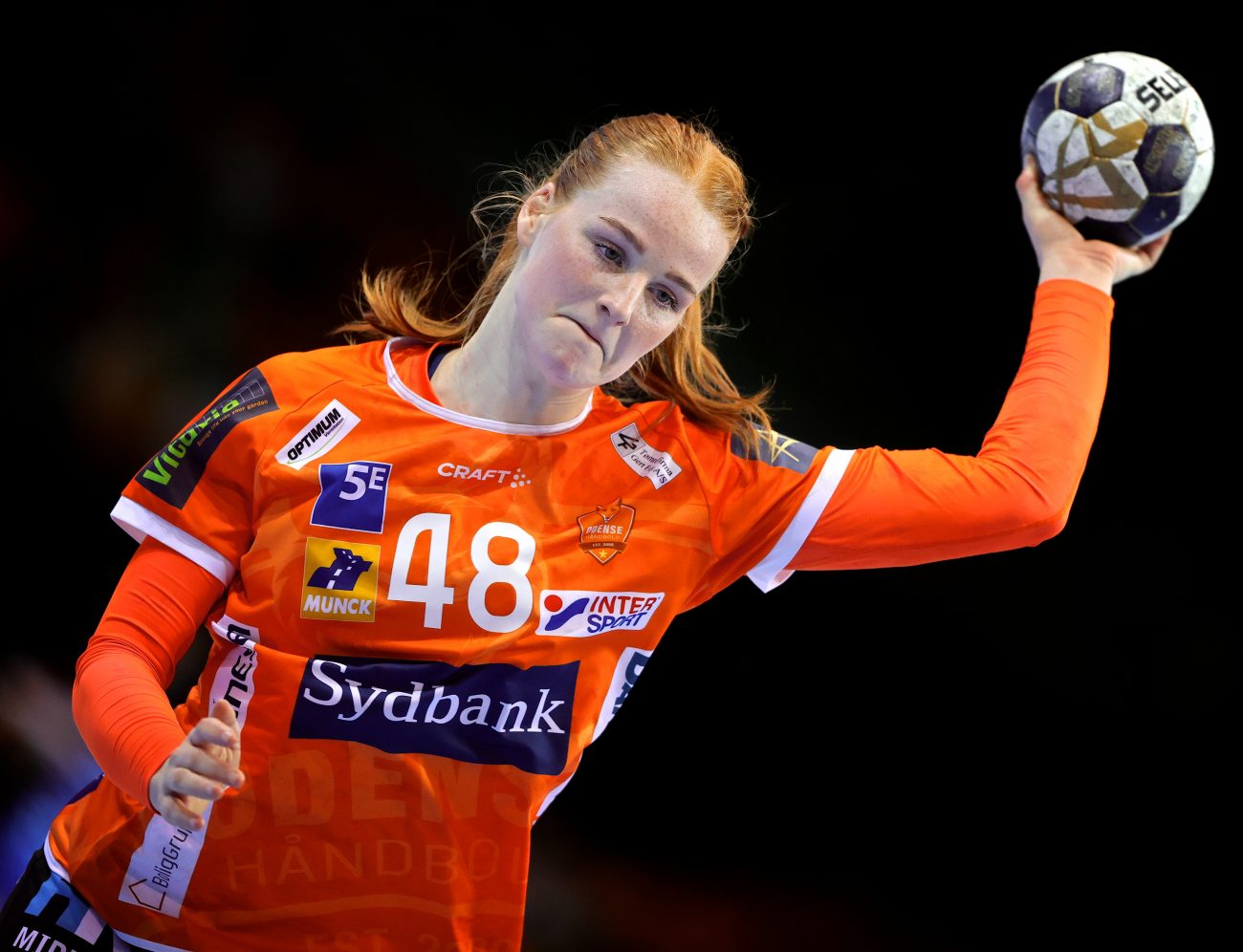 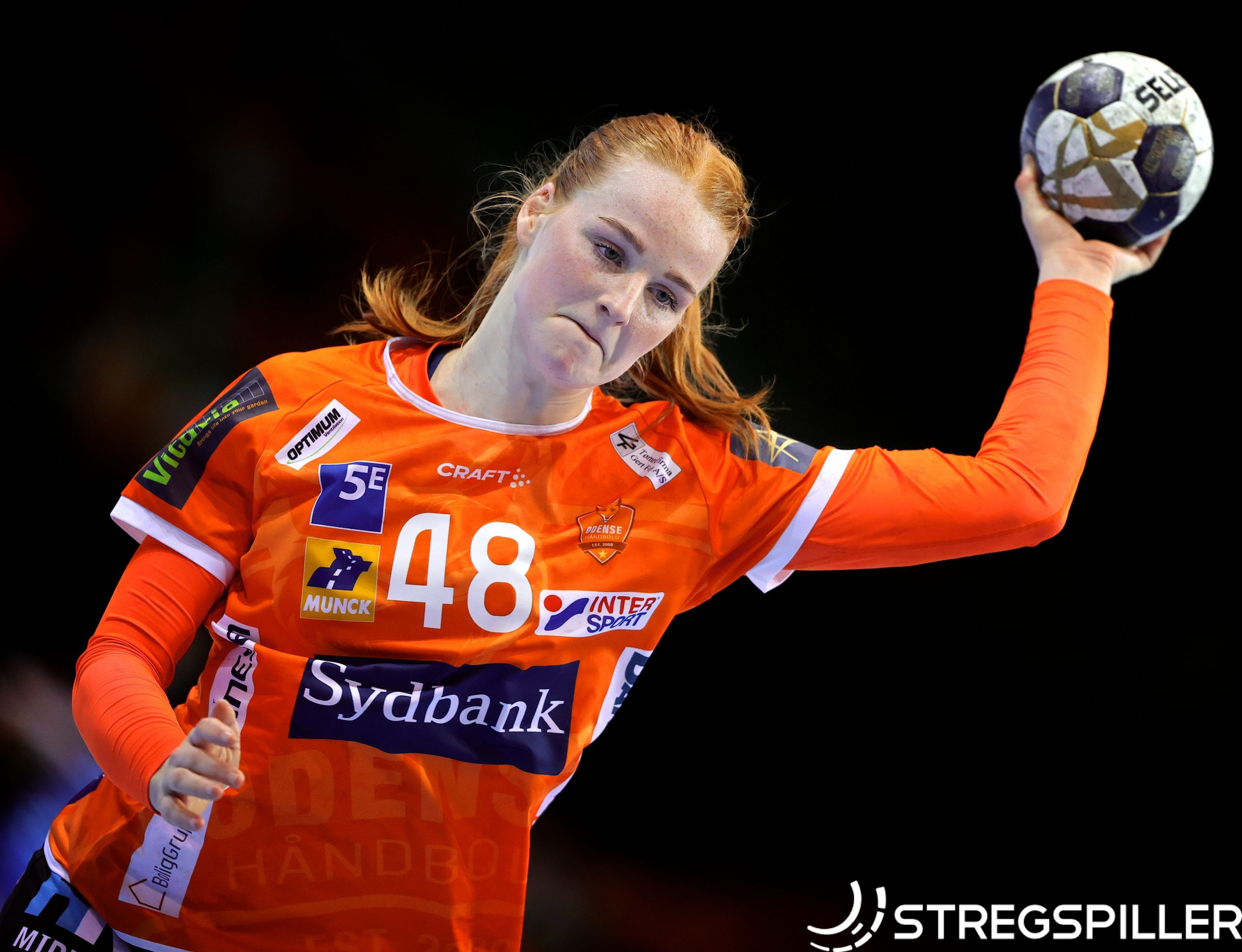 Before the last match in the main round at the 2022 EHF EURO in Slovenia, Montenegro and North Macedonia between the Netherlands and Montenegro, Sascha Staat spoke with Dione Housneer, the hard shooting right-back of the Dutch national team, about the competition, the attraction of the Danish handball league and where she sees room for improvement.

We are getting closer to the final weekend and you’re not sure if you will make it to the last round in Ljubljana or not. How do you sum up the first games so far?

Dione Housheer: I think it’s been a roller coaster, if you can say that. At least we got some points, but I don’t think we are satisfied. Still, we have a small chance, so we’re going for it. Of course, it’s not on us to determine our destiny.  Now, we just have to wait for the other results and then win against Montenegro.

I don’t think I can say I’m satisfied. Also, if I look at my own performance, I’m not satisfied. I can do much better. I didn’t play like I can – so of course I’m disappointed. But, it’s something you learn from. You take it with you to the next match and there are still some games left, so I really hope I can turn it around and just play a good game on Wednesday.

You said you’re not happy with your own performance. Let’s look at the game against Spain. What’s your conclusion? What did you expect from yourself in that game? And why didn’t it work out?

D. Housheer: Difficult question. I think if I knew it in the game, I would just turn it around.  I expected that I could bring more – maybe some more shots, maybe some better 1-against-1 situations, I don’t know. They defended quite high on me, so I think it was hard to take shots from long-range. We also had a lot of fast-breaks in the beginning, so there were not so many 6-against-6 situations. I could have shot a little bit more, at least one or two times. But, then I didn’t play so much, so it’s hard to show all you got. I just hope I can do better against Montenegro. As I said before, you learn from it and then you just try to do better next time.

It will be a difficult match because you don’t know how far you can go as  it’s not in your own hands anymore. Are you anxious or nervous at all?

D. Housheer: No, I don’t think we are nervous. We will know more tonight. But, we have one job, and that’s to win that game. We just focus on that. It’s not in our own hands anymore. We just need to play a really good match and win that game. Then we’ll see where it will end and where we will go next. We take it from there. Now, we just focus on this game and that we play our best handball in this tournament.

It’s not your first tournament – how difficult is it knowing that in two weeks you will play Champions League again?

D. Housheer: I don’t think so much about it, yet. Now, we are here and we just focus on this competition. It’s a tough program, but that’s how it is as a professional athlete.

Let’s talk a bit more about you personally. You went the opposite way as many Dutch players first go to Germany for one or two years. Why did you go directly to Denmark?

D. Housheer: When I was younger, we went to Denmark with a group and back then I felt like – “okay, I would like to play here”. The atmosphere, the culture and so on – I liked it. And, when you look at the Danish style of playing handball – it’s really technical and fast – and I really like that. So, when I was younger, I always thought that Denmark should be a good fit for me. In Germany the style of play is a lot more physical. In Denmark it’s just more technical, faster and more creative.  And, I’m a very creative player.

So, yeah, I think playing in Denmark has been a good match. Of course, you never know which club would step up and which opportunities you’ll get. But, when it happened, I was like, “okay, let’s try this”. If it’s not working, then I can always see if I can go to Germany. But, I think the league in Denmark is better and it’s more creative and that’s what I think fits me.

In what parts of the game do you still have to grow?

D. Housheer: Many things. I think when I look at this tournament, there are many areas I can improve on.  I want to get to the level I was before my injury. I think in defense I can be stronger. I can be on a higher level all the time.

D. Housheer: I think that especially in defense experience matters. You just have to do it so many times before you feel comfortable. You get better every time you step on the court and you have to keep trying again and again.

There are so many good players, especially on the left-back position, so of course it’s hard for me to defend against them. Yet, I also think it’s exciting to compete against the very best and that means that you also have to be a good defender as well.