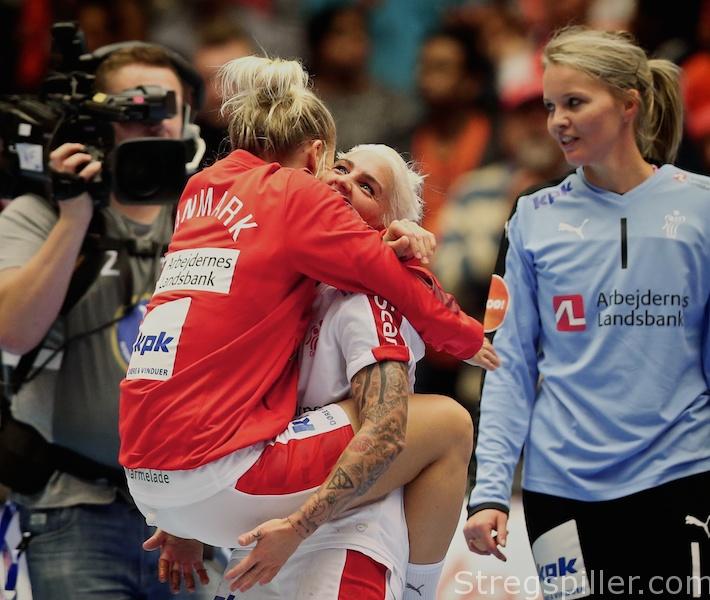 A rest day in Herning allowed for some spare time heading north to Frederikshavn where Russia met Spain in the “Match of the Day”.  But first things first.

Romania did their best to create some doubt regarding the final result and even a “wake-up” timeout from Swedish head coach, Tomas Ryde, while being down 6:4, did not seem to help at first.  But after a while it was possible to spot which squad actually was the favorite.  Still Kazakhstan managed to score twice as many goals, compared to their opening match against Spain.

Both teams got off to a perfect start to the World Championship.  While Spain´s first match was a must win against Kazakhstan (30:10), Russia´s triumph carried considerably more weight, as their 26:25 victory against the European champions from Norway may have significance for the entire tournament.

The first 30 minutes were just as close as expected.  The fact that neither teams’ defense nor any of the goalkeepers could get a grip on the game was not anticipated.  The offensive lineups from both teams had the upper hand.  It certainly did nothing to reduce the level of entertainment – to the contrary.  For a while, Spain had some success with their 5:1 defense formation, but Evgeny Trefilov, who was shouting more than usual, eventually found solutions.  Yet, neither team was able to break the tie. Instead, the lead changed almost constantly and the difference was never more than two goals.

The scoring frequency fell a bit, as both teams had increasingly success steadying their defense.  Still, ten minutes into the second half, Spain had a chance for delivering a heavy blow to Russia, when they had three players more on the court for 23 seconds and two extra bodies for the next minute and a half or so.  However, Russia managed to “survive” this period, drawing 1:1.

As the match went on, Irina Bliznova made her presence felt when she increased the lead to 27:24 in favor of Russia with four minutes and 40 seconds left.  It was the first time in the match that the margin of difference between the teams was more than two goals. Spain did not manage to score for another three minutes and when Bliznova arranged for her seventh goal with just one minute and 40 seconds left, the matter was decided.  It was a bit surprising, that Spanish coach Jorge Duenas did not push his defense further forward sooner.  By the time he did so, the match was lost and the last two Spanish goals were nothing but consolation.

Battle of the Coaches

The winner is always right and it would be tempting to pronounce Evgeny Trefilov as being the better coach in this “game of (handball) chess” between two brilliant, tactical minds.  But a draw between Trefilov and Jorge Duenas maybe more appropriate, considering that only few, small errors decided the game in Russia’s favor.

Russia’s convincing performance reinforced the impression the crew left after the 26:25 win against Norway, in their opening match. Having defeated the ruling European champions as well as the silver medalist of the same tournament, calls for some respect.  Head coach Evgeny Trefilov has assembled a very promising squad this time around.  Such fact still holds true for Spain as well.  It was the first time that they were really tested at World Cup’15.  Jorge Duenas´ team did well, even though they did not manage to hang with Russia until the very end.

Puerto Rico actually performed a small sensation simply by getting ahead 2:0 at the start.  The rest was as expected – a Norwegian, public training session on how to run counter attacks.