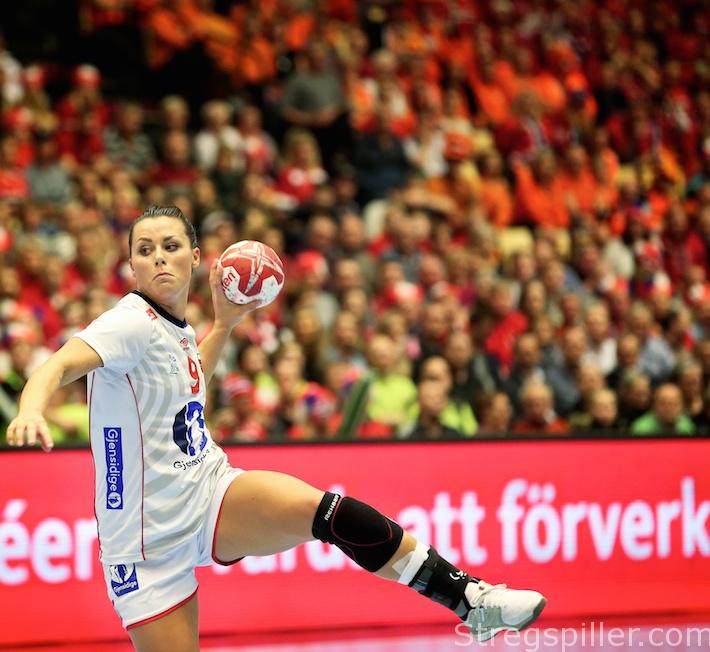 Larvik – too hot to handle

After the disappointing defeat against Fleury on home turf, all remaining games of the Champions League had turned into “must win” matches for Larvik HK, whereas Thueringer HC was still looking to record their first main round points.  In trying to do so, coach Mueller had to replace Iveta Luzumova while on the other side Tor Odvar Moen continued to miss Polish international Alina Wojtas and Linn Kristin Riegelhuth Koren.

It almost was a mirror image of the two teams’ first encounter when they met in Larvik.  This time Thueringer HC was able to add one more goal before the matter was settled at 20:28 in favor of the Scandinavian visitors.  Herbert Mueller’s crew enjoyed their best period between the 5th and 15th minute before Gro Hammerseng Edin & Co tightened the grip and ran way with two points in store.

Larvik began the match fully focused and the shots of Nora Mork were on target in the opening minutes. But then the guests went cold and Thueringer HC took the driver’s seat, increasing their lead to 8:5.  Svenja Huber and Sonja Frey turned the match around and for a moment it looked like coach Mueller’s team could blow the game wide open.  But of all players Huber could not convert on two open shots.  Thereafter, Larvik’s defense began to work better including Alma Grizovic who stepped up as well.  During the remaining 15 minutes Larvik outscored the German champion 8:3 and took a two-goal lead into half time.

Right after the break, Thueringer HC came close two more times before Larvik shut the door for good.  On the offensive end Kristine Breistol and Karoline Dyhre-Breivang replaced Gro and Anja Hammerseng Edin and it showed.  By minute 45, Breistol had arranged for a six-goal lead and Larvik was cruising towards a solid victory in front of 1,900 loud and loyal spectators at Nordhausen.

Alma Grizovic showed a splendid presentation in goal, especially during the second half of the match when she turned into a “human wall”.  Well deserved after two sub-par performances against FTC Rail Cargo and Fleury Loiret more recently.  Goalkeeper Dinah Eckerle stood out on Thueringer’s side – without her strong showing the result could have easily turned into a rout.

After the loss in Budapest coach Moen promised a different Larvik team when FTC Rail Cargo comes to visit at “Bolligmappa” arena.  The time has come and next weekend Pena & Co will put Tor Odvar’s words to the test.  If Larvik can limit the effectiveness of the Spanish star payer while keeping the likes of Szandra Zacsik et al under control, the Norwegian champion will stand a good chance to win the match.  To do so Larvik will need all they have including a healthy Thea Mork, who did not return to the floor after taking a hard hit at Thueringer HC.

Coach Mueller will take his squad to Romania visiting Baia Mare – a team that is in need of all the points it can get in their quest for a Champions League quarter-final berth.