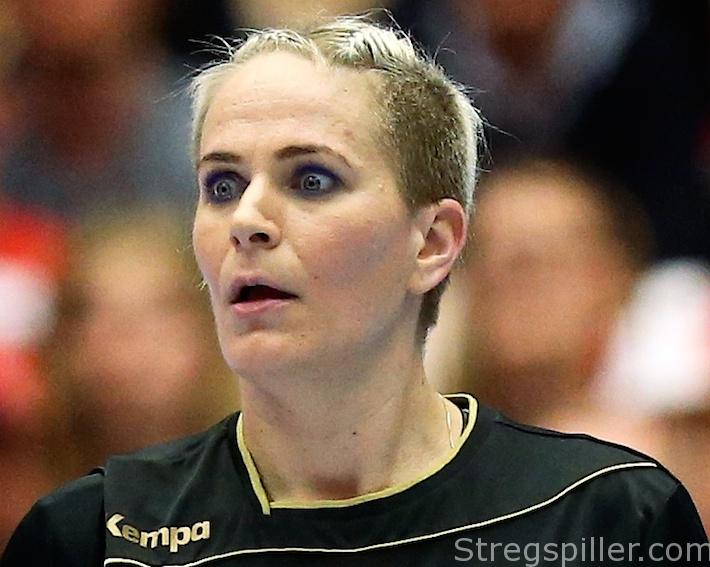 Thueringer HC had made the trip to Baia Mare without back-court mainstays Iveta Luzumova, Beate Scheffknecht and playmaker Kerstin Wohlbold, forcing coach Mueller to come up with yet another creative solution in form of Danick Snelder occupying the position of left-back.

Baia Mare began the match without World Cup 2015 bronze medal winner, Adriana Nechita and right-back Melinda Geiger; but both were more then adequately replaced.  Alexandra do Nascimento’s performance was superb and Patricia Vizitiu who scored her first goals of the 2015/16 Champions League main round, played an excellent game.

The German champion had nothing to play for anymore and after good start to the game it showed.  Coach Rosca’s team, in turn were looking to extend their unbeaten main round record.

Baia Mare recorded their biggest win of the Champions League season.  While Thueringer HC was able to hang with the Romanian club until the 15thminute, thereafter they had to pay tribute to the individual class of players like do Nascimento, Pineau and Abbingh.  The fact that Thueringer HC was missing a fair number of high achievers did not help either.  All dams broke in the second half of the game and Aurelian Rosca was able to rotate his bench at an early stage.

The best player of Thueringer HC – Meike Schmelzer – scored the first goal and both teams were tracking each other closely until the middle of the first half.  By the time Baia Mare’s injured left-wing, Valentina Elisei was replaced by 20-year old Ana-Maria Tanasie in the 13thminute, the game began to slip away from coach Mueller’s squad.   Numerous turnovers and technical errors resulted in successful counter attacks of the home team and when Lois Abbingh took the court, the pace of the game increased noticeably.  From the 15th minute until the break, Baia Mare outscored Thueringer HC 11:5, effectively ending all hopes for the club from Germany.

Once again it was Thueringer HC that put the ball past Paula Ungureanu first, at the beginning of the second half.  But thereafter both teams continued where they left off in the first period.  Even though coach Mueller tried numerous times to stem the tide, playing with seven field players and without goalkeeper, it was all in vain.  His crew kept turning over the ball and Ana- Maria Tanasie & Co. ran one fast-break after another.  By minute 45 coach Rosca began pulling his starting lineup and players like Timea Tatar (pivot) and Yuliya Dumanska (goal) enjoyed time on the pitch.  For a moment, it looked like Baia Mare would break the 40-goal mark but Alexandra do Nascimento missed a couple of wide open shots.  In the end, a brilliant Allison Pineau – who was perfect from the 7-meter line once again – and her teammates secured a deserved, fifth win in a row and remain the only team that has yet lose a point during the main round.

A frustrated Herbert Mueller (Thueringer HC) stated during one of his timeouts: “We can’t make the same mistake 15 times in a row.”  Whether the same error was indeed committed 15 times could not be verified but for sure his team turned over the ball 22 times and incurred six technical fouls.

The one and only goal scored by Baia Mare’s Katarina Jezic, stuck out.  She converted a long pass from goalkeeper, Paula Ungureanu, while leaping and catching the ball in one and the same move, in the 24th minute of the game.  Remarkable body mastery and a splendid goal of the Croatian lineplayer.

On February 28th, Thueringer HC will play their last Champions League match of the season against Jan Leslie’s unbeaten Rostov Don – enough said.   And Baia Mare will pay a visit to FTC Rail Cargo, in Budapest.  Given the Romanian’s club current trend line it may not be their last trip to the Hungarian capital in 2016.