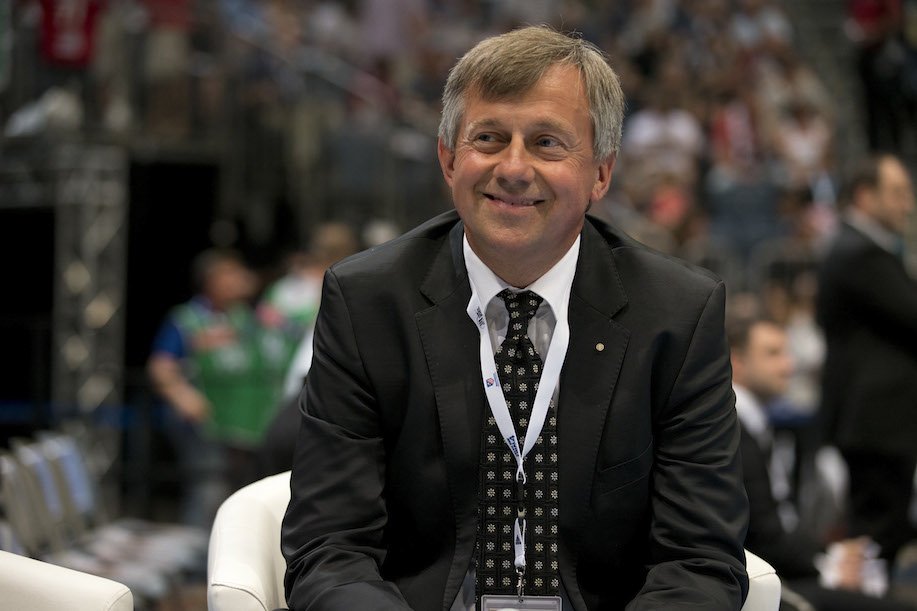 “We received outstanding feedback on the new Champions League format.”

On the weekend of the men’s EHF Final 4 in Cologne, stregspiller.com’s Sascha Staat had the chance to sit down with EHF general secretary Michael Wiederer, who is set to become the federation’s next president in August, for an exclusive one-on-one talk.  Read in part one of the interview what the Austrian had to say about the new Champions League format and the alignment of league schedules in Europe, while in the second part, Wiederer talks about the Premier Handball League and the expansion of the men’s EHF EURO.

Q:  What kind of feedback did you get about the new format of the Champions League?

A:   Outstanding feedback. The new arrangement was created in cooperation with the top clubs.  We didn’t just add more games for those clubs, but provided four more clubs an opportunity to be part of the higher level of the Champions League.  We put a plan in place prior to the season and that plan worked out 95 percent of the time.  We didn’t get any negative feedback.  It’s just that some clubs of groups C and D would have liked to be part of A and B – that’s it.

Q:  You left 5 percent unexplained.  Do these 5 percent relate to the club from Turkey?

A:  These 5 percent are 5 percent.  It’s like it is, the expectations in sport can’t be met all the time because otherwise you would know in advance what will happen.  In Istanbul such expectations weren’t met.  We saw a chance for development in that market, but – yes – in this past season it didn’t work out.

Q:  Does it include the German clubs as well?  Because they always complain about an excessive number of games and to me that sounds like negative feedback…

A:   There were not that many more games than before and they (the clubs) had a chance to win their groups to avoid additional games.  They didn’t.  But I think the problem is that the clubs have more challenging matches to play in the German league.  When a team from Poland or Hungary faces the 7th or 8th in their respective league, it’s usually not even close. In Germany that’s different.

Q:  The topic “Wild Card” was a big one among the fans recently.  Could the EHF “live” with a Champions League schedule that doesn’t include a powerhouse like THW Kiel?

A:  A question I don’t like to answer, basically because of the way it is asked.  It’s not just Kiel.  It also concerns other clubs. Generally – yes – we can. But the Champions League has reached a point where it doesn’t matter who qualifies for the Final 4 and who participates in the competition.  Obviously THW Kiel is a prestigious club.  So if you take a look at the most important criteria, then it’s just a matter of the (German) league nominating the club and a matter of this club asking for a wild card.

Q: Couldn’t you just do without the “wild card” and just include the clubs according to the 3-year-valuation?

A:  We don’t call it “wild card”, but some years ago there was a “wild card” situation, indeed.  I think it’s the right way to address the market situation.  We know that we have two good teams in Poland, we know that we have two good clubs in Hungary, we know that we have one good club in Croatia.  Because we assigned two spots to Germany and Spain, we already take into consideration what happened in the past.  But we also have to take a look at what’s happening know.  Two years ago we had two strong clubs in Macedonia and then all of a sudden the second club was gone.  We were able to react and adapt.

Q: Let’s talk about another major problem – at least I think that it is challenge.  Today, the Champions League Final 4 takes place, at the same time, the so-called strongest league in the world – the DKB Handball-Bundesliga – has scheduled various games.  Why is it not possible to avoid such scheduling problems?

A:  You have to ask this question to the representatives of the GermanHandball-Bundesliga.

Q: But does it bother you?

A:  Not really.  We all struggle with scheduling matches.  It depends on TV contracts, but also on the availability of the arenas.  The league doesn’t see a chance to block this particular weekend.  I don’t like to send a message to the HBL – we talk about such things directly with them.

A:  It would be great for handball if it was possible to align schedules.  Yes, the ideal situation is the one that we have in football.  There you have an international as well as a national schedule.  But for some leagues, like in France, it’s important to play domestic games during the week.  Others want to play on weekends.  Yet, another difficult issue deals with the fact, that the arenas are not owned by the clubs.