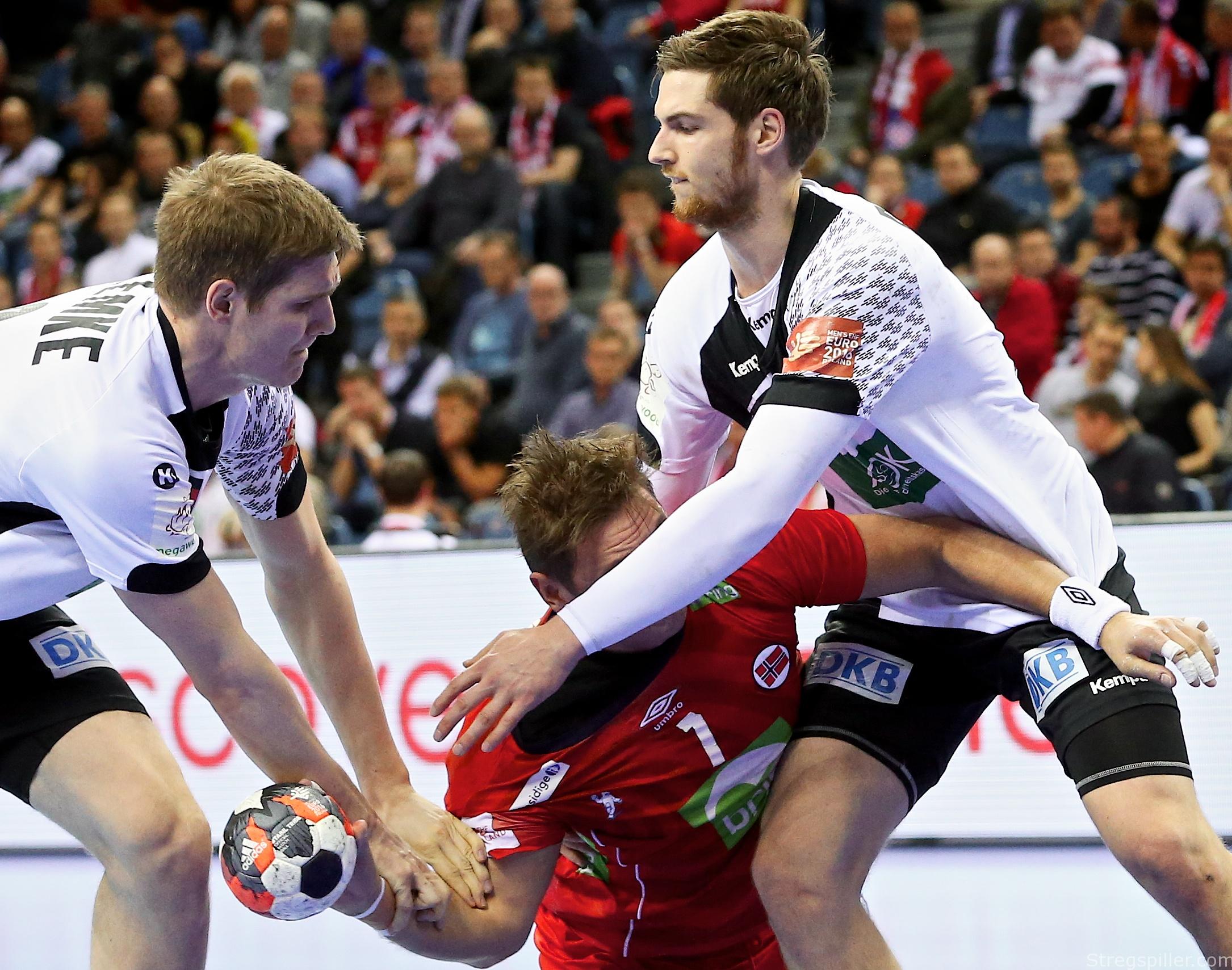 During my weekly podcast “Kreis Ab”, you might have heard about it, I like to talk to my guests not just about recent results or upcoming games, but also about stuff you can’t read in papers or magazines, let’s not even mention television.  Most recently I had a long chat with Axel Kromer, who’s one of Dagur Sigurdsson’s assistant coaches with the German national team.  We talked about various defenses system and what kind of players you need to execute a successful defense formation.

Before we started to focus on two of the main defense systems, the classic 6:0-formation and the up-and-coming 3:3-formation, Kromer told me that he’s not a fan of the new rule with the additional field player, who replaces the goalkeeper without wearing a bib.  He’s hoping that the officials will, rather sooner than later, realize that it changes the sport of handball way too much.  As you may know, I totally agree with him, so let’s hope and pray.

“All players currently playing as a professional, and even amateurs, were raised in a different system.  That makes it especially tough for defense, as players are not used to defend against seven attackers all the time,” Kromer says.  In Germany kids learn to defend one single opponent, because by rule they are forced to defend in more offensive formations.  The “bib rule”, as we can call it, changes everything.  It’s not possible anymore to focus on one single player.

“There’s a trend that defense formations are quite defensive, not really active playing six against seven, but I’m sure it will change rather soon because teams will have more time to adapt to it and will find more solutions,” Kromer added.

He was a lot of fun to talk to because you can hear his passion for handball when he talks about the sport. Kromer used to play in the German Bundesliga in the early 2000’s, but didn’t leave a lasting impression.

He does so, however, when he explains tactics to you.  “When you play a 6:0-formation there’s not a lot of space between defenders, it’s easier to help each other.  But if you want to play it the right way it’s quite complex and not as simple as, for example, a 3:3-formation, because there’s not just a few what-if-cases, but a lot of different scenarios to deal with.”  When Kromer said that four pages would be enough to explain the 3:3-formation, I was a bit shocked, but the 6:0-formation is more difficult than it looks like.

It also just doesn’t depend on your opponent what kind of defense you play, but first of all on the players you have available.  Sure, when your opponent doesn’t have a lot of tall players and maybe also doesn’t offer the best pivot-playmaker combination, then a classic 6:0-formation makes the most sense.  But if your own players are extremely fast and fit, then a 3:3-formation can help to stop the opponent in their tracks before they even get started.

Size is also a very important point.  Finn Lemke, the middle block anchor of Team Germany, measures 2.11m, but obviously doesn’t move as quickly as others. “We have to look elsewhere to see what’s possible. NBA players are usually taller than 2.05m, but bring a lot of agility to the table.  So we have to learn from them and I think so far we did a quite good job.  Over time players will adjust to certain situations, learn and improve.”

The 3:3-formation is easier to play for players with less defensive qualities.  It puts a lot of pressure on the player who handles the ball and also pressures the receivers, because they need to move a lot to be in a good spot.  “The defenders take away time and space to make a good decision.  I like this system a lot, because kids learn to do what they were told to do and learn to be focused.  Offensive players learn how to be creative,” Kromer claims.

As you can see, playing defense on a high level is more than just putting your tallest players on the field.  It’s a lot about their ability to move and think ahead, about knowing the opponent and about loving to defend.  Finn Lemke, who I mentioned before, is the perfect example of somebody with limited abilities on the offensive end, but in the meantime he has become a major factor in the ultimate outcome of the game.  As we all know, offense wins games, defense wins championships.