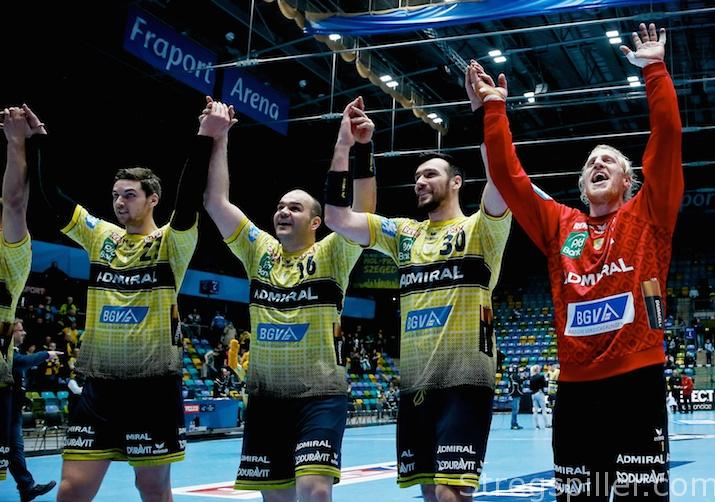 A bunch of winners

A few people thought that winning the DKB Handball-Bundesliga in 2016 would be the last title of its kind for Rhein-Neckar Löwen in a long time. The “face” of the club, Uwe Gensheimer, was set to leave to  join Paris Saint-Germain.

In the meantime Andy Schmid wouldn’t stay injure-free for another season, as some expected. And with all the stress, a Champions League season brings along for top German clubs, how on earth should it work out?

Well, the “Lions” showed that the improbable is not impossible. The team of Nikolaj Jacobsen made full use of a rather unexpected “collapse” of SG Flensburg-Handewitt and never looked back.

Flensburg, appeared to be unbeatable during calendar year 2016, but once the second part of the season started, coach Vranje’s men showed signs of fatigue. Holger Glandorf suffered a season-ending injury prior to the key match against Rhein-Neckar Löwen, in late May, and the pre-announced departure of long-time coach and fan-hero, Ljubomir Vranjes did not help either.

And as much as Flensburg lost the championship, Löwen deserved to win it. They were as smart as in the previous year when they made clear that the group stage of the Champions League, was their number three priority, behind both – Germany’s domestic league and cup. Jacobsen often rested his key players, providing his bench with plenty of minutes.

The team also showed tremendous consistency in recent years, finishing second in 2014 and 2015, before winning back-to-back titles, something no other team – except the all-mighty THW Kiel – accomplished since 1993, when SG Wallau-Massenheim collected their second league title in a row.

After the “yellow-and-blue” team had squandered a first-leg lead in their Champions League tie with Kiel, in late March, they also lost by a mile to Flensburg in the semi-final of the German cup. Afterwards Kim Ekdahl du Rietz called his team a bunch of losers.

The statement caused a reaction, he had probably hoped for. His team lost only one more game during the rest of the season – the meaningless encounter in Wetzlar last week. As for Ekdahl du Rietz himself, he played as loose as he possibly could, knowing it would be his last season before retiring at the age of 28 – a real shame if you ask me. He will be missed.

Could he have hoped for a better ending? More than 14,000 fans celebrated their heroes last Saturday in Mannheim’s SAP Arena. While the team may not have been as good individually as it once was, it surely was the best team of the 2016/17 season.

The now two-time German champion has done an outstanding job over the past couple of years and while the loss of Ekdahl du Rietz might be even tougher to compensate for than the one of Gensheimer, the club is set to be successful in the future as well.

For now, a “bunch of losers” turned into a bunch of winners. Well deserved, Rhein-Neckar Löwen!