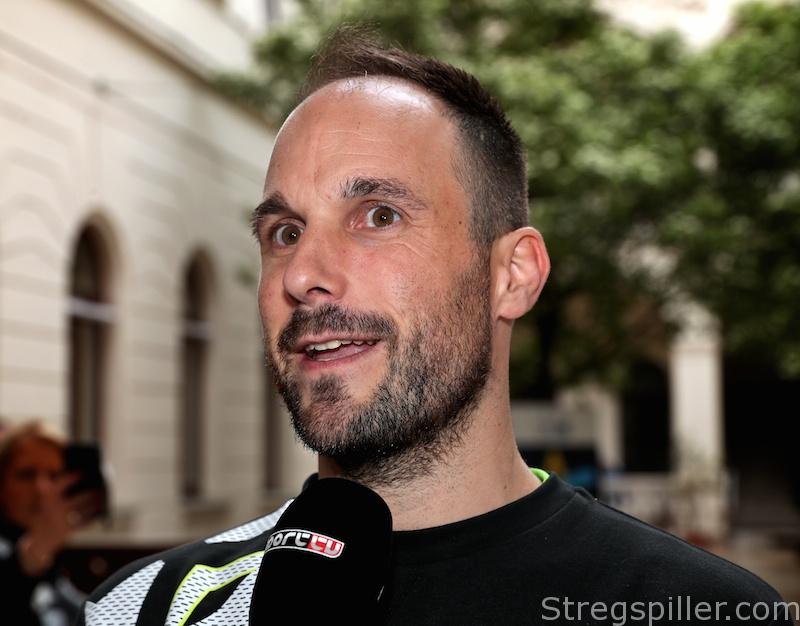 INTERVIEW – Not only is Emmanuel Mayonnade new to the DELO Women’s EHF FINAL4 as coach. His team, Metz Handball, are debutants at the event as well. In his talk with stregspiller.com, the young coach explains how he intends to handle this challenge.

Things have moved fast in Emmanuel Mayonnade´s career as a handball coach, considering that he is (only) 35 years old.

This year, the French coach took another important step, celebrating four successful years with Metz Handball by taking the team to their first Champions League FINAL4  ever.  Aside of the success on the club level, he recently took accepted the coaching position in the Netherlands – one of the world´s strongest  women’s national teams.

“I am very excited and I am very focused,” he says before his first FINAL4.

“First of all, I am focusing on the semi-final against Rostov-Don, on Saturday. That’s what we have been practicing so hard for, nearly every day throughout the season.

“We have been trying to reach the FINAL4 for three or four years now, so finally getting there is obviously a big triumph for us in itself,” Emmanuel Mayonnade tells stregspiller.com.

How does he prepare his players for an event, where team and coach are debutants?

“We have not changed our preparation at all, compared to any other game.

“We train hard and we train a lot, we watch a lot of video – three or four video session to prepare for Rostov alone – that’s just our usual procedure.

“Of course, we have been running a lot this week in order to be ready to run against Rostov, as I expect speed to be a critical factor in this match.  But, apart from this particular element, we have done exactly the same things that we do every day,” says the Metz coach.

Metz are not only new to the FINAL4. They are also the first French team to ever qualify for a Women´s FINAL4, in fact this year, they are the only French team in a FINAL4, as none of the men’s teams managed to make the trip to Cologne, for the season ending event on Europe’s biggest stage, in June.

“It means a lot to us to write history and it gives us a feeling that we are also playing for France.

“The best way we can do this is to concentrate on our game and play the way we have been doing all season long. We are very focused on doing just that,” says Emmanuel Mayonnade.

The two decisive victories, Metz recorded earlier against Rostov-Don in the main round, won’t have any significance with regards to the semi-final tomorrow, according to the Mayonnade.

“Those matches and those results mean nothing, now.

“Those results only signal that we know we can win against Rostov, but there is no doubt in my mind that the game tomorrow will be different compared to the two main round matches.

“Ambros (Martín, ed.) knows what the  FINAL4 is all about. I don’t know anything about it, as it is my first time in Budapest. Many of Rostov’s players also know this format from their previous experience.  In our team only Gnonsiane Niomblas has played the FINAL4, during her time in Bucharest.  Fact is that it’s all new to the most of us, and we will simply make it a new game on Saturday,” he expects.

Pace may be decisive factor

“I think determination and speed may decide the match against Rostov.

“As I mentioned earlier, I expect us to run a lot and obviously we have to defend as well.  At least as good as we did in the beginning of this season.

“I believe good defense will be the basis for victory, as it is the case so often.

“On top of it, I know my players fighting spirit – it’s very powerful.  I can assure you that we will be ready come Saturday,” assures Emmanuel Mayonnade.