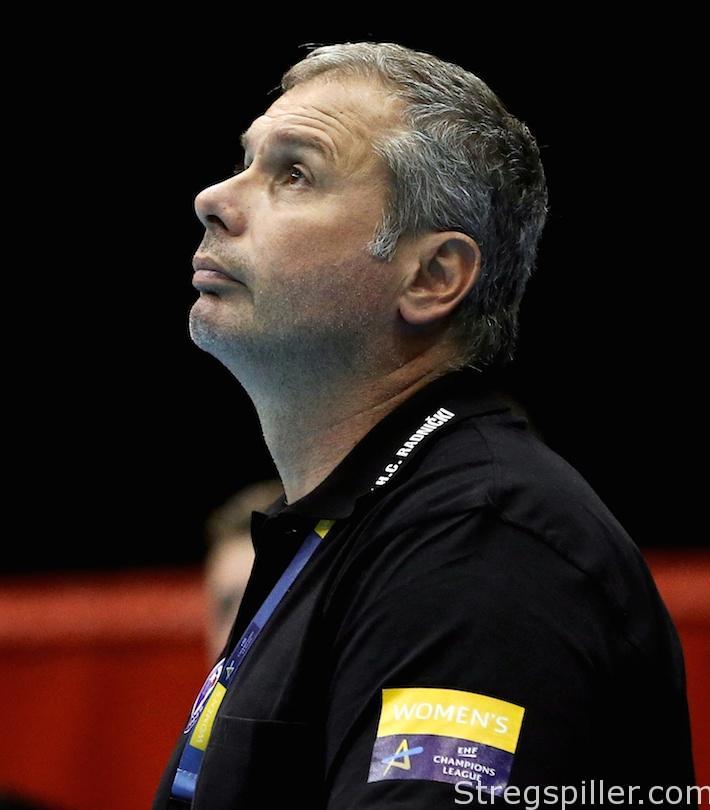 A Learning Process for Radnicki Kragujevac

WHC Radnicki Kragujevac gladly accepts the role of the underdog in the Women´s Champions League qualifying tournament in Drammen.

If the players and coaches from WHC Radnicki Kragujevac were the least bit frightened of their meeting with mighty Gyor on Saturday afternoon, they were hiding it extremely well at the training on Friday evening.

A very relaxed and smiling head coach Aleksandar Radosavljevic and a just as relaxed left back Marija Todorovic provided answers after the squad had given a loud cheer to each other to finish their 90 minutes training session at Drammenshallen.

Only 21 hours later, they will be up against no other opponent than Gyor Audi ETO KC in the first semi-final of Qualification Group 1 for the Women´s EHF Champions League group phase.

However, nervousness is not what characterizes Radosavljevic and Todorovic.  They have been there before. Last season, Kragujevac was also in the qualification group for the Champions League – without making it into the promised land of the group phase, though.  This may very well be their destiny again, but they take it pretty easy, as they have other goals as well.

“It means a lot to our young team to play this qualification group. We are here to learn, and we realize that a team such as Gyor will probably not have much respect for us  but we have nothing to lose,” according to Aleksandar Radosavljevic.

He is undoubtedly correct about that, as no one really seems to believe in the Serbian champions´ chances against the Champions League winner of 2013 and 2014 – a team who many experts and others see among the top contenders for the title this season.

A young team that can go far

This is probably also the reason, why Radosavljevic as well as Todorovic guarantee that the mood in their team is fine.

“Our course, we have a lot of respect for Gyor, but we can play free,” says Aleksandar Radosavljevic who is looking forward to playing the EHF Cup, if his team does not manage to qualify for the Champions League group phase – and only one team, the winner of the qualification tournament, will make that cut.

“We will have the EHF Cup starting in one month´s time and our team will be able to learn a lot from playing those matches too. At the moment, we are building a new, young team – a team for the future.  Playing these international matches means a lot in that learning process,” finds the coach.

So, how far can this new squad make it?  Coach and player are in no doubt as to what they hope for.

“Very far!” Radosavljevic and Todorovic shout with one voice and laugh.

Will they also be laughing after the match against Gyor?

Their approach to the game indicates that they may at least leave with a smile!