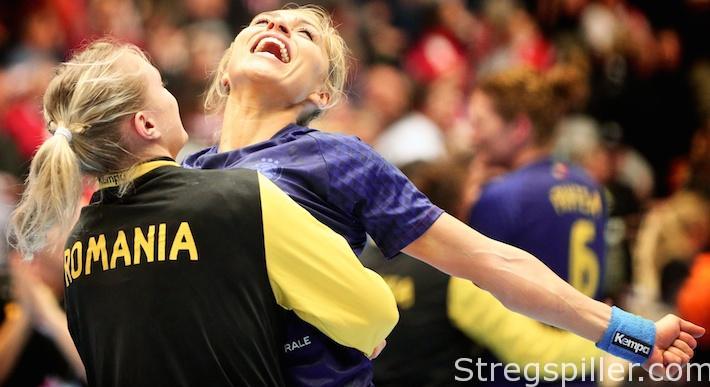 A Night of Surprises

It was a night of true surprises at the quarter-finals of the Women´s 2015 World Championship.  Poland send out Russia, while the Netherlands defeated France – and it was probably not in the cards that Romania was going to defeat Denmark in extra time. Only the game between Norway and Montenegro went according to expectations although, the victory did not come easy for Stine Oftedal & Co.

The times of sensational results at the women´s handball World Championship continue.  Wednesday evening, Poland opened the party in Herning’s, Jyske Bank Boxen, defeating Russia 21:20.  A goal from Monika Kobylinska with 35 seconds left and a save from Poland´s brilliant goalkeeper, Veronika Gawlik, made the unlikely Polish triumph perfect.  The thrilling finished marked the conclusion of a match, which was dominated by Poland for the majority of time.  Russia lacked rhythm, mainly because coach Evgeniy Trefilov returned to his old, bad habit of making “terror substitutions”.  His players went back and forth between court and bench, as the confusion spread within the Russian team.  A brave and unimpressed Polish squad benefited a great deal and led after the first half.  In hindsight, it was too early praising Trefilov for a change in his leadership.

Poland opened the second half getting up by three goals once again and when one of Russia´s best player thus far, left wing Polina Kuznetcova, was carried off the court with a suspected knee injury, matters looked bleak.  However, Russia began living up to their status as favorite and scored five unanswered goals, changing a 12:15 deficit into their first lead of the match (17:15).  Yet, Poland was far from beaten.  In the final minutes of the game, nervousness spread amongst the two teams – missing out on several goal-scoring opportunities.  In the end, Kobylinska kept her nerves and had the skills to decide the match.  The win was a popular one among the more than 8,000 spectators in the arena mainly because of Poland´s Danish coach Kim Rasmussen. Poland’s performance demands great respect, but Trefilov lost the match for Russia.

Although it was right wing Adriana Nechita, who scored the winning goal in extra time, it was left-back Christina Neagu who was shining above everyone else in this dramatic and exciting quarter-final game.  No less than 15 goals did the queen of Romanian handball score.

Prior to this game Romania had performed only one real convincing result en route to the final rounds in Herning – the 25:22 win against Brazil in the eighth-final.  During the group phase of the 2015 World Cup, coach Ryde’s crew only managed to defeat the two weakest teams; Kazakhstan and Puerto Rico, while the matches against Russia, Norway and Spain were all lost.

At best Denmark had been inconsistent in their first six games but the striking performance in their first “do-or-die” encounter against Sweden had boosted the confidence of the Danish squad and their fans.

Romania was the better team from the start.  Before the match, Denmark´s coach Klavs Bruun Jørgensen had mentioned that he was not going to implement special defensive measures for Romania´s star player, Cristina Neagu.  One would have thought that the coaches’ decision was about to change after the break, as Neagu became the dominating player in the first half hour, scoring six of her game high 15 goals during the first thirty minutes of play.  When the Danes stayed back, she scored from distance and when Denmark’s defense moved forward, she went one-on-one, creating her own opportunities.

Cristina Neagu was not the only problem for the home team.  With three saves within the first three minutes, Romania´s veteran goalkeeper, Paula Ungureanu got a fantastic start to the game.   She recorded a saving percentage of 43 before heading to the locker-room.  An unacceptable high number of technical mistakes from Denmark also contributed to Romania´s deserved three-goal lead at half time.

Team Denmark scored some easier goals when compared to the first half, but so did the Romanians. But now, Klavs Bruun Jørgensen did pay extra attention to Neagu as he ordered woman-to-woman defense on her.  Yet, it did not help much as Romania was well prepared for this step.   Even though Denmark managed to catch up a couple of times, Romania soon took the lead again, maintaining a two to three goal advantage.  By the time, Denmark was attacking for their first lead in the match – the score stood at 24:24 – Ungureanu denied Anne Mette Hansen with five minutes remaining.  Still, the hosts managed to hang in and what followed was a dramatic finale.

Neagu had given Romania the lead at 27:26 with a minute left, but Denmark got their chance to equalize on a penalty shot, 23 seconds before regulation time.  However, Ungureanuy saved Stine Jørgensen´s shot.  A new penalty was awarded because some of the Romanian players were defending inside the area.  This time Line Jørgensen stepped up and evened the match at 27:27. Despite only nine seconds remaining, Romania still managed to move the ball up-court to get yet another penalty.  For once, Neague failed.  Rikke Poulsen tending Denmark’s goal, saved her shot, sending Jyske Bank Boxen into frenzy.

The overtime period was opened by Anne Mette Hansen providing for Denmark’s first lead in the game, (28:27).  However, it did not take long before Romania struck back at 29:28.  With only three seconds to play for, Adriana Nechita scored the winning goal from her right wing position.  Game over.

There was nobody above or even close to Cristina Neagu this Wednesday night in Herning.  The missed penalty shot, which caused extra time, does not change the fact that the 27-year-old left-back was playing in a league of her own.

Romania is in the semi-final – quite surprising when considering the results at the start of the tournament.  However, coach Tomas Ryde had prepared his squad perfectly well for the game against Denmark.  No one can claim that Romania does not deserve to be among the last four teams in the competition.  To Denmark, it is obviously a huge anticlimax, having to play for position five to eight, instead of fighting in the semi-finals.  This was not what the hosts had dreamt of.  But cconsidering their inconsistent performances throughout the World Cup, there is not much to complain about.

Poland was not alone in achieving a sensational result on this Wednesday.  In Kolding’s Sydbank Arena, the Netherlands managed to defeat France by three goals.  The two surprise teams – the Netherlands and Poland – are ready to meet in the semi-final.  Who would have predicted it?

The second quarter-final was the only one that did not create astonishment.  Norway was – narrowly – leading all the way against Montenegro and ended up winning by one goal.  Next: A semi-final against Romania.