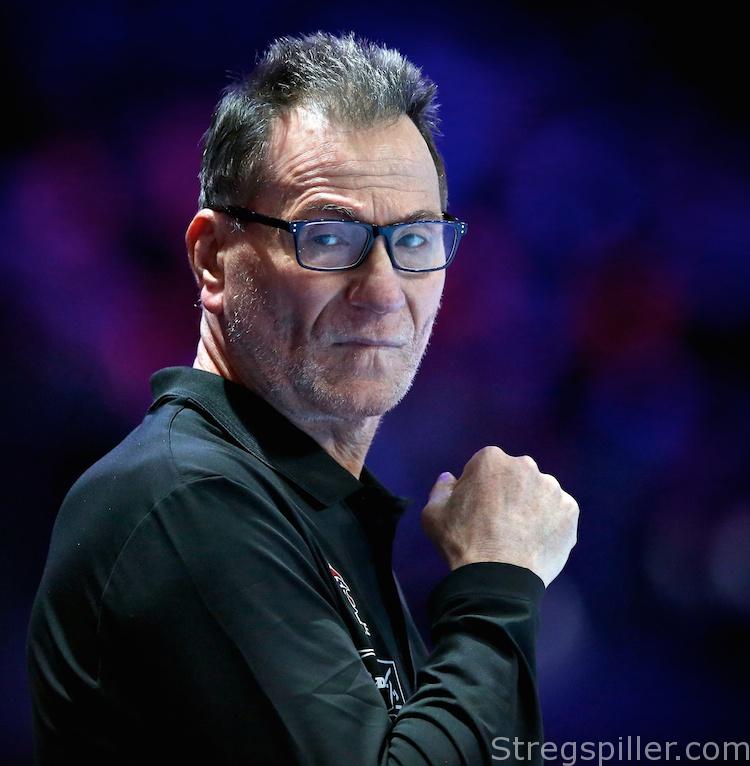 SEMI-FINAL PREVIEW – Of the four teams in the semifinals at the 2018 EHF European championship in France, only Romania have won the title before.

Thus, there is a 75 per cent chance to see a new, bona fide, European champion!

Let’s face it.  Outside Norway, people are happy that the Scandinavian handball powerhouse won’t win this tournament. Not because they disapprove of Norwegians in particular, but it ain’t refreshing, when the same team keeps dominating all the time.

And that’s what Norway’s women’s handball team has done over so many years. They did get in trouble on occasion but when it came down to crunch time this handball nation has bee a force. But, not so this year

Since 2000, Norway have won each and every European championship except one: 2012 in Serbia they lost an epic final to Montenegro after two periods of extra time.

However, this year Norway will be facing Sweden for fifth place, while Russia, Romania, France and the Netherlands will sort things out in the semi-final.

Of those four nations, only Romania have won the title before, as far back as 2000.

Let’s take a look at how the different teams stack up before the semifinals, on Friday.  Where are the strengths and weaknesses, who are the key players and who will be the coach that can make the difference?

The team is a strong collective as the vast majority of the players have been performing together for a long time.

Their biggest asset: Speed. Russia’s offense plays the fastest handball, faster than most other teams.

The line players. There ‘s really nothing wrong with Russia’s line players, but their backcourt aims to shoot and score, rather than feeding the ball to the line. In fact, Makeeva and Petrova have combined for only 13 goals prior to the final weekend.

Anna Sedoykina – even with a modest percentage of saves (32), the goalkeeper has played an important role in getting Russia deep into the tournament. If the shot-stopper from Rostov-Don will have as good a day again as she did have against Denmark, it will bring Russia very close to a final appearance on Sunday.

Daria Dmitrieva – the playmaker from Lada Togliatti is absolutely crucial for Russia. She is a prolific scorer and only goalkeeper Anna Sedoykina has spent more minutes on the pitch, thus far in the tournament.

Anna Vyakhireva – The same holds true for Russia’s right back. 23 goals and a scoring percentage of 61 speak for itself. Russia’s dynamic backcourt duo will be hard to stop.

Polina Kutznetsova/Iuliia Managarova – the two wings, Vyakhireva´s sister Polina (left) and Managarova (right) are the other names to keep in mind. Especially, Mangarova has been lethal when left unattended – so far in the competition she’s only missed a single shot.

You can say a lot about the 63-year-old Russian bear – and much has been said about him over the years, and not all of it has been positive.

However, you have to respect his achievements. Leading Russia to Olympic gold in Rio two years ago is just the most recent one.

His voice may not be the most pleasant one to listen to, when he yells at his players from the sideline. But, his style of coaching delivers tangible results and in recent years he seems to have calmed down a bit.

Two days ago Cristina Neagu’s name would have belonged in this section, but now after her serious injury, we’ll talk about her in the category that follows.

Defense and goalkeeping – especially, in the preliminary round at EURO 2018, Romania showed great composure. By now, it’s known what they are capable of and they will need to bring their defense back to this level, if they are going to stand a chance against Russia.

Missing Neagu. Several times during this tournament, I have been praising Romania for not totally relying on the super star anymore.

Now that she is out, we will see exactly how independent the team has become without the help of Romania’s best player.

The mental dimension of missing Neagu cannot be properly assessed at this point in time. How the players will react certainly is another big question mark ahead of the semi-final.

Yuliya Dumanska/Denisa Dedu – the goalkeeping duo consisting of Dedu and youngster Dumanska, in particular, has been one of Romania´s strongest assets in the ongoing competition.

“Yuliya who?”, I remember someone saying in a Twitter comment, as an expert described Dumanska as one of the players to watch out for in this tournament. By now, the individual with the question should know better – just like the rest of us.

Eliza Buceschi – the playmaker who wasn’t good enough for Danish FC Midtjylland a couple of years ago is blooming – again. It has been a real pleasure to watch the Romanian center back at work. Thus far, she has scored 40 goals and Romania will need her to be at her best again on Friday evening.

Crina Pintea – the future Györ player (?) is a handful to handle for any defender, to say the least. 28 goals speak for itself and make her the highest scoring line player of all the teams that made it to Paris, including Norway’s Heidi Loke.

Ambros Martín – the 50-year-old Spaniard´s results on the club level are beyond doubt and don’t need further introduction or explaining. Without Neagu by his side, can he deliver a miracle and push his team one step further?

Speed and a quick transition game, executed by a powerful and very mobile backcourt line.

Their line player position. Without Yvette Broch (she ended her career abruptly before this season) and Danick Snelder (injured), coach Helle Thomsen has used left back, Kelly Dulfer, on the line along with 20-year-old Merel Freriks.  And even though Dulfer has done remarkably well, the line position is a very obvious weak spot of the Netherlands.

On the other end of the court, Broch and Snelder are missed as well and as a consequence the central Dutch defense appears to perform less solid than usual.

Tess Wester – She did not have a particularly good fall season after joining Danish Odense from Bietigheim, this past summer, but Wester has been rising to the occasion at the European championship, broadly speaking.

And, she will have to do so again, to provide her team the very best chance to succeed against the French host.

Nycke Groot – The versatile backcourt player from Györ has not been at her former level in this competition, but she has improved during the tournament, and hopefully she will be able to do even more against France. Otherwise, it will be up to Abbingh and Polman who have done most of the heavy lifting, so far.

Kelly Dulfer – The left back from Kobenhavn Handball has really been put to the test at this European championship, assuming the line player position! A desperation move of coach Thomsen, after losing Broch and Snelder.

Until now, Dulfer has done remarkably well in this unusual and – not doubt – awkward position. Still, the Dutch will need her to continue doing well, especially on Friday night.

She’s one of few female coaches in international handball – Danish Helle Thomsen has done well with the Dutch team and continued where Henk Groener left off. Can she return to the final at the EHF European championship? In 2016 she just fell short of taking the team all the way, can she deliver the medal that the Netherlands are missing, now?

The team’s physical strength – period. France are the strongest team of all the semi-finalists.  Add to it a powerful defense formation and you’ll get a recipe that spells success.

France’s line players. Neither Beatrice Edwige nor Astride Ngouan could deliver much when in attack. The two of them have only combined for eight goals, thus far in the competition.

Amandine Leynaud – She has played a fine European championship with a saving percentage of 37. And if she struggles, Laura Glauser stands ready, as she has been rapidly approaching her best form after giving birth earlier in the spring.

Grace Zaadi – As playmaker, Zaadi is absolutely crucial for the success of the French team, not the least after Tamara Horacek has been sidelined with a knee injury. The Metz playmaker has lived up to her responsibility on the pitch and public expectation. If she can continue delivering the goods, the Dutch defense will face serious trouble.

Estelle Nze Minko – the left back of Siofok (Hungary) has been on fire in several French games during this tournament and inflicted pain against nearly every opponent. She may very well to the same to the Netherlands.

Olivier Krumbholz – Above, we mentioned Ambros Martín as one of the best coaches in women´s handball these days.

While the Spaniard may be one of the best, Krumbholz actually is THE best.

In particular, the most recent accomplishments of the 60-year-old coach have been nothing short of amazing. The real question in France must be: Will there ever be a time after Krumbholz?