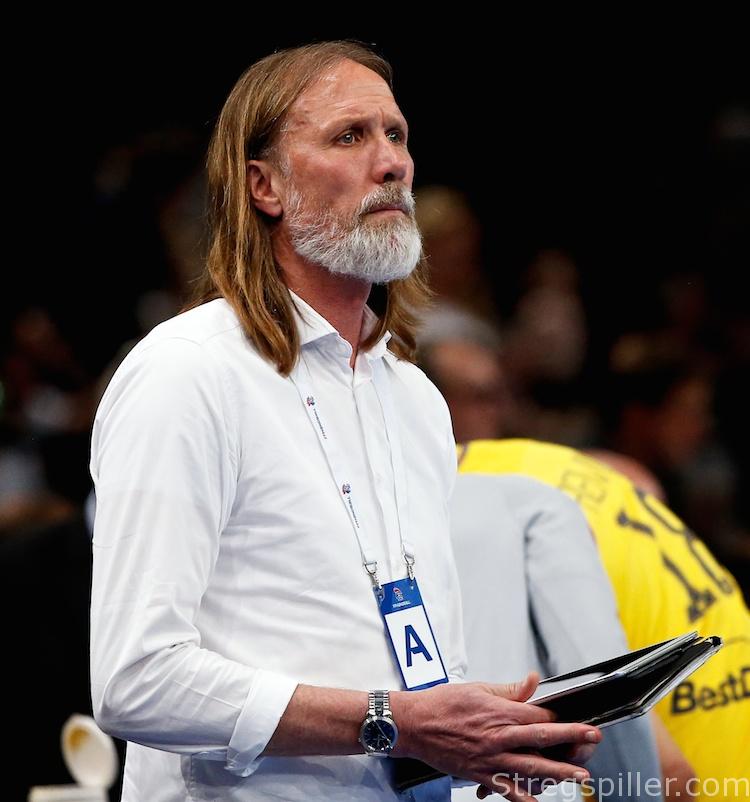 ”A tough, but interesting challenge”

INTERVIEW – The four time European champion and former star player, Staffan Olsson, talks about why he took on the new job as High Performance Director in the U.S. – a job, where he will be working with handball players of a considerably different skill level than what he has been accustomed to.

“A tough and demanding, but also fun and interesting challenge!”

In just a few words, Staffan Olsson describes the reason, why he could not resist the offer to become High Performance Director of U.S.A. Team Handball, the handball federation in the United States.

“High performance” are not necessarily the words that come to mind, when describing the sport of handball or team handball as it is called in the USA, and 55-year-old Staffan Olsson realizes that he will have his work cut out for him.

“Of course, it’s a big challenge, but I see it as an interesting task to get the U.S. on the world map of handball. I am well aware, of course, that this is a long term project, that demands plenty of work and plenty of patience,” says Staffan Olsson, one of the world’s best right backs ever.

His job description includes three main areas – a) to oversee the management of the American national teams, b) to establish a “pipeline” of new athletes at the elite level and c) to develop training programs for coaches and officials on various levels. In short – expectations in the U.S. are high.

“Staffan brings a tremendous wealth of experience and skill that USATH (USA Team Handball, ed.) strongly needs in order to further develop its players and talents as well as significantly help develop a strong pipeline process for new talent development,” said CEO of USA Team Handball, Barry Siff, when the arrangement with Staffan Olsson was published.

Even though he is talking about the long term nature of the project, it has not been determined exactly how long he will be involved in the undertaking, at least not yet.

“We have agreed that we’ll be testing each other in the beginning to see if it works and to see what’s possible.

“So far, we have agreed that I will be going to the U.S. this fall and again for two weeks in the spring.

“Apart from that, we will stay in contact on Skype and in other ways,” he explains.

Several attempts have been made to place the U.S. on the international handball map; all of them with limited or no success. What makes him believe that it can be done this time?

“I am optimistic because I am going to work with some very dedicated and reliable people.

“Furthermore, the project has plenty of support from the International Handball Federation as well as from the U.S Olympic Committee.

“Such support will provide us with the tools to get around and spot the talents in a big country and to inspire boys and girls to play handball. We will be looking for those between 12 and 20 years, in particular.

“Of course, the working conditions are very different from what we are used to in Europe, especially as club handball as we know it, is unknown over there.

“However, handball is being played in some colleges and schools, so we will not have to start from scratch.

“Yet, I also hope we can motivate some girls and boys from other sports to try out handball,” says Staffan Olsson.

As mentioned before, Staffan Olsson has been one of the best right backs the world ever saw. He was not only a star at THW Kiel and the Swedish national team but also one of the select few players, who can safely be characterized as true handball legends.

Following his playing career, he continued on as coach at the very top of international handball. Olsson became national coach in Sweden together with another “Bengan Boy” – Ola Lindgren – before assisting Noka Serdarusic at mighty Paris Saint-Germain Handball.

In the USA, he will be working with handball talents on a completely different – considerably lower – level. How will he deal with the change?

“I don’t know yet,” is his immediate and honest answer.

“You are absolutely right that this is something completely new to me, and that the level will be entirely different from what I have been used to.

“I have never tried something like this before and therefore I cannot say how I will react, or how I will cope with everything that comes my way. But, it also represents a chance to test myself under new and so far unknown circumstances and that appeals to me.

“As I said, it’s a tough, but also fun challenge – a challenge I could not resist,” says Staffan Olsson.