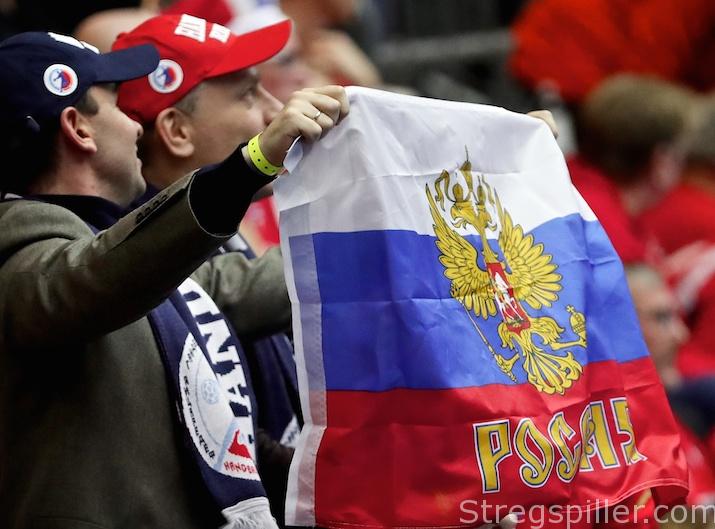 A weird and wonderful week at Egypt 2021

The preliminary round of the World Handball Championship 2021 has come to an end and that is something we were not 100% sure would happen this time last week.

For an event shrouded in disappointing news and criticism before it even began, I’m surprised by how enjoyable it has been. We’ve been treated to seven days of viral sensations, a few surprise results, some quality handball and a cat.

So before we strap ourselves in for the main round, here’s a look back at what we’ve seen so far.

Without their real name and players who have carried the team on their shoulders for years, there was little excitement about the Russian Handball Federation Team ahead of the championship. However, they have exceeded all expectations with coach Velimir Petkovic instilling a previously lost confidence and giving back court duo Dmitrii Kiselev and Sergei Kosorotov a chance to shine.

France appeared to be in disarray ahead of the championship but sprung into life in the opening match against Norway with Kentin Mahé setting the tone in attack and Wesley Pardin producing a match-winning performance in goal. Despite scraping past Switzerland in their final group game, they find themselves in a wonderful position heading into the main round.

Despite being among the worst affected by COVID-related absences and injuries, Sweden have played with the shackles off so far, in a manner not seen since EHF EURO 2018. This young team, led by the brilliant Jim Gottfridsson in attack, has scored goals for fun and showed maturity beyond their age in the comeback win against Egypt.

Rise of the non-Europeans

Japan got the ball rolling in the first half of their opening game against Croatia, storming into an early lead, which they came so close to holding on to before settling for a 29:29 draw. A narrow loss to Qatar and victory over Angola leaves them with work to do but you cannot help but be impressed with this side’s progression under Dagur Sigurdsson, not least physically as they have added some muscle mass to those speedy frames.

The recognisable names are becoming few and far between with each passing year but Qatar are in no mood to fade from view. Frankis Carol is the leading light for this team and it seems that coach Valero Rivera has a few more tricks up his sleeve as they battle for a place in the quarter-finals.

Remarkably, three South American teams are through to the main round: Brazil, Argentina and Uruguay. Brazil’s two thrilling draws against Spain and Tunisia have been diluted by the heavy loss to Poland, leaving them needing something special to make a splash over the next week.

Norway were left stunned after an opening-round loss to France, a game which showed just how valuable Christian O’Sullivan is to the team for those still somehow unaware. They have picked themselves up since, however, and face a seriously important showdown with Portugal on Wednesday.

Slovenia fell victim to the Russian revival before scoring a vital victory over Belarus. Ljubo Vranjes’ men find themselves in a tricky situation though, with victories over both Egypt and Sweden probably needed to progress further.

EHF EURO 2020 finalists Spain and Croatia both needed to rescue a point in the 6 o’clock games on Friday, against Brazil and Japan respectively. Neither have looked phenomenal since then but you can feel the wheels are beginning to turn.

A number of teams fit into this description but the one I want to highlight is Portugal. Mostly because their perfect start to championship was considered unsurprising to most, despite their relative inexperience at this level.

They have been mature and clinical in every game, from their opening day victory over Iceland to the Morocco game, where they got over their disastrous start to click into gear and claim a convincing win. EHF EURO 2020 omens are in their favour as they’ll face Norway and France again but this time with more experience in navigating a major championship.

The pre-tournament plight of USA and Czech Republic is well-documented at this stage, though the mid-preliminary round exit of Cape Verde was another bitter pill to swallow.

They arrived in Egypt in a perilous state with only 11 COVID-free players to choose from. Those 11 players played with joy, creativity and put up a good fight against Hungary. The following day, two more players were out and they could not go on, leaving behind a trail of 10:0 forfeits. I’m certain we’ll see the Blue Sharks back at this level in 2023.

With Cape Verde’s post-match dancing and Uruguay’s eventful opening match against Germany, the debutants made a splash online in the opening week. But nothing compared to the splash made by ‘El Gigante’.

As well as reminding us that handball is a truly democratic sport, with a role for every shape and size, Mvumbi played a blinder in his three games to date, proving unstoppable when getting his hands on the ball on the line and firing in 13 of his 14 shots on goal. Somebody get this French 4th division player a contract!

Guthier Mvumbi has still not missed a shot at #Egypt2021