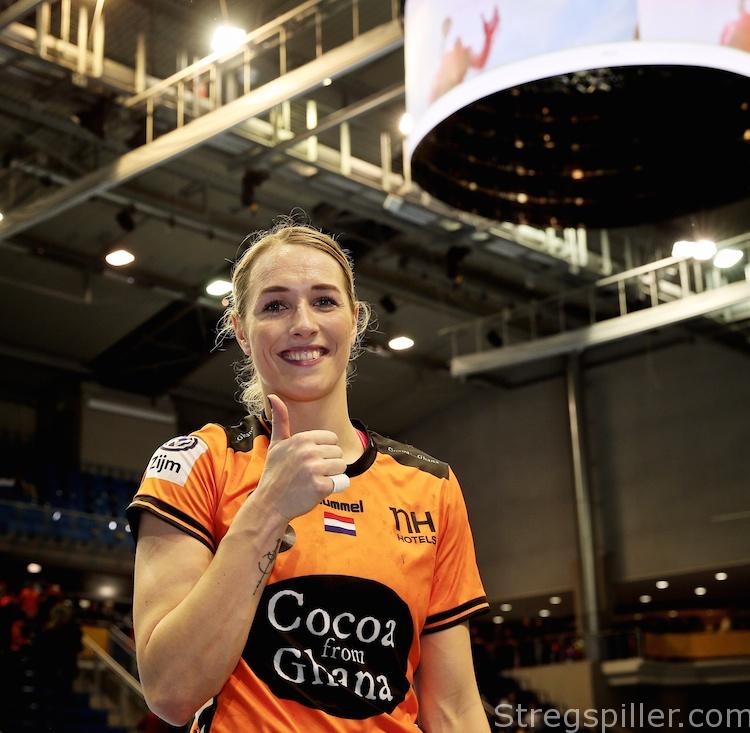 Once again Lois Abbingh was named Player of the Match after scoring a whopping 14 goals in the quarterfinal game against the Czech Republic in Magdeburg. Apart from the sharp-shooting left-back from Issy Paris, The Netherlands had a tough time against an opponent who never stopped fighting.  In the end, though, the Dutch survived a late surge by the underdog to qualify for the semifinals, where they will face Norway.  Abbingh knows very well that a performance like today’s won’t be enough to win a medal.

Congratulations to the win, Lois. Now, you have reached the semifinal of a major tournament for the fourth time in a row, but it was a lot of hard work, wasn’t it?

LA: Yes, we knew it wouldn’t be easy. I think we didn’t play well, especially our defense wasn’t good enough. In offense we were able to score enough goals, but in the end it was quite a difficult match.

We talked about the 80 % performance level of The Netherlands over the past week.  In the match against Germany you were top notch, but against Japan you struggled again. How would you rate the performance today?

LA: Probably, not even 80 percent – as I said we can play much better. It was hard, difficult work for us, but we advanced, so we can be satisfied. We know that we have to play much better, because if we play like this we have no chance to reach the final. We are ready to play better in the semifinal.

I don’t know if you can play at a higher level. Are you in the best form of your life, right now?

LA: At a major tournament – probably yes.  I have never shown what I can do like I do right now. Maybe it’s a different role for me this year, I’m more important to the team.  Hopefully, I can continue like this and play the last two games on the same level.

Are you optimistic to win the title in Hamburg, because at the moment the team doesn’t show the confidence that will be needed.

LA: No, I don’t believe we are optimistic at all.  We only got one day rest and prepare ourselves for the next opponent. We are aware that we have to play better, but we also know that we are able to do it. Everything is possible in the semifinals, because it’s a different game. We are looking forward to it.