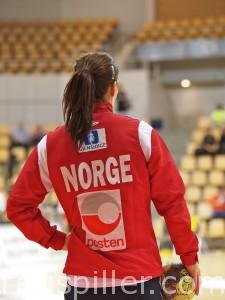 Not many other team sports can look on a tradition reaching back as far as team handball. Handball-like games were already played in medieval France and among the Inuit in Greenland in the Middle Ages.

The game of handball as we know it today was developed in the 19th century in northern Europe – primarily Denmark, Germany, Norway and Sweden.

The Danish gym teacher Holger Nielsen from the Ordrup grammar school near Copenhagen published the first set of written rules in 1906. A more modern set of rules was published by Max Heiser, Karl Schelenz and Erich Konigh in Germany on October 29, 1917.

Initially, handball was an outdoor sport played on a field but in the decades following WWII the sport evolved and moved indoors. The 1972 Summer Olympics saw the sport re-emerge onto the world stage and in 1976 women’s team handball was added to the Olympic Games in Montreal. Due to the popularity in Eastern Europe countries like the former Sovietunion and Jugoslavia became the dominant forces in the sport during the 70’s and 80’s.

Much has changed since then. World- and European championships are organized every other year since 1994/1995 respectively. The speed of handball and the frequency of games played has not only elevated the sport to high levels of spectator interest but also resulted in a rising number of injured players at an early stage in their careers. Today the top professional handball athletes face grueling season schedules that leave little time for physical rest and rehabilitation.

This website will focus on the challenges, opportunities and controversies of this super dynamic sport. It will do so presenting the images and stories of the athletes, coaches, referees, journalists and officials as well - in short all the figures and characters that shape public perception of handball today.

The do
main name stregspiller (pivot or lineplayer) has been chosen to reflect the Nordic roots of handball - a sport that truly deserves more recognition and attention.

Hopefully you will find this site informative, entertaining and fun!