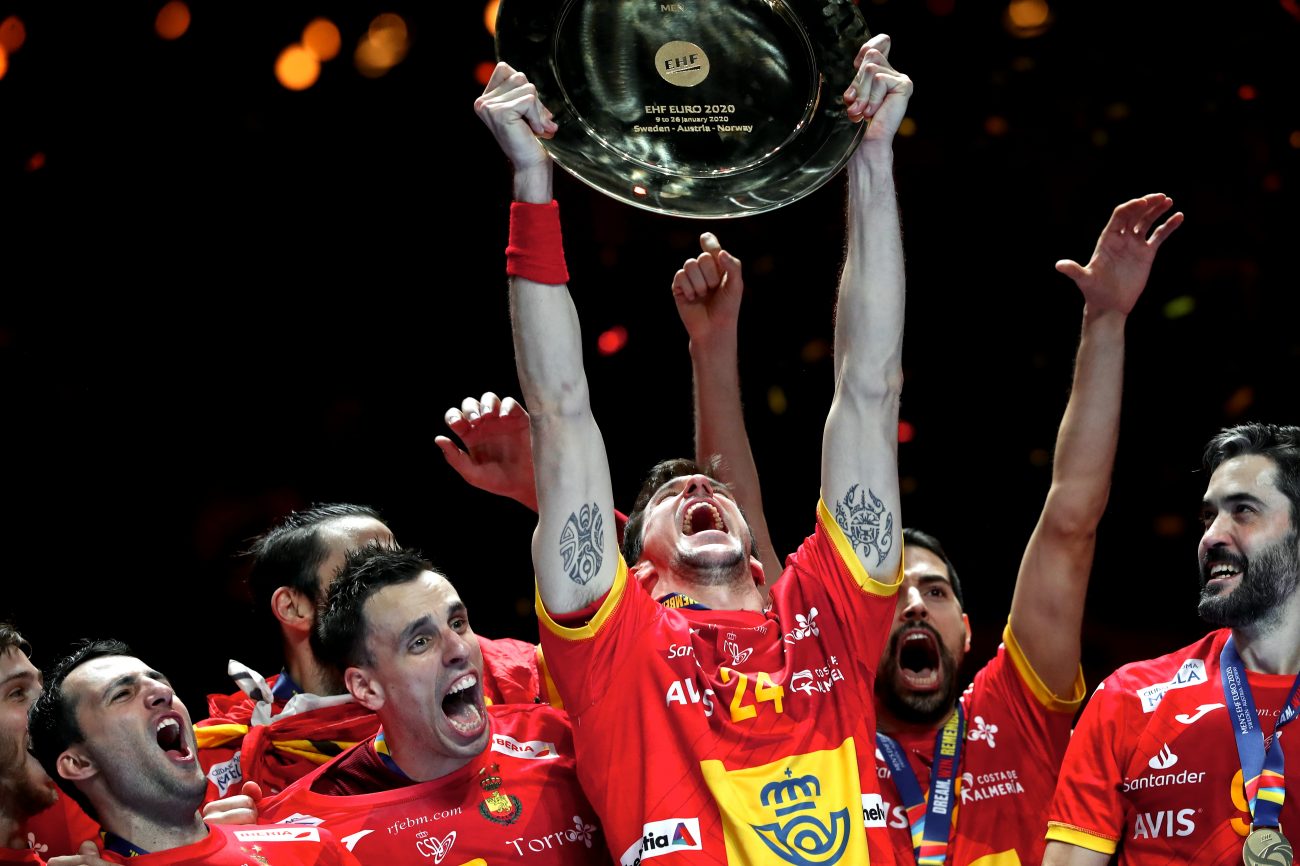 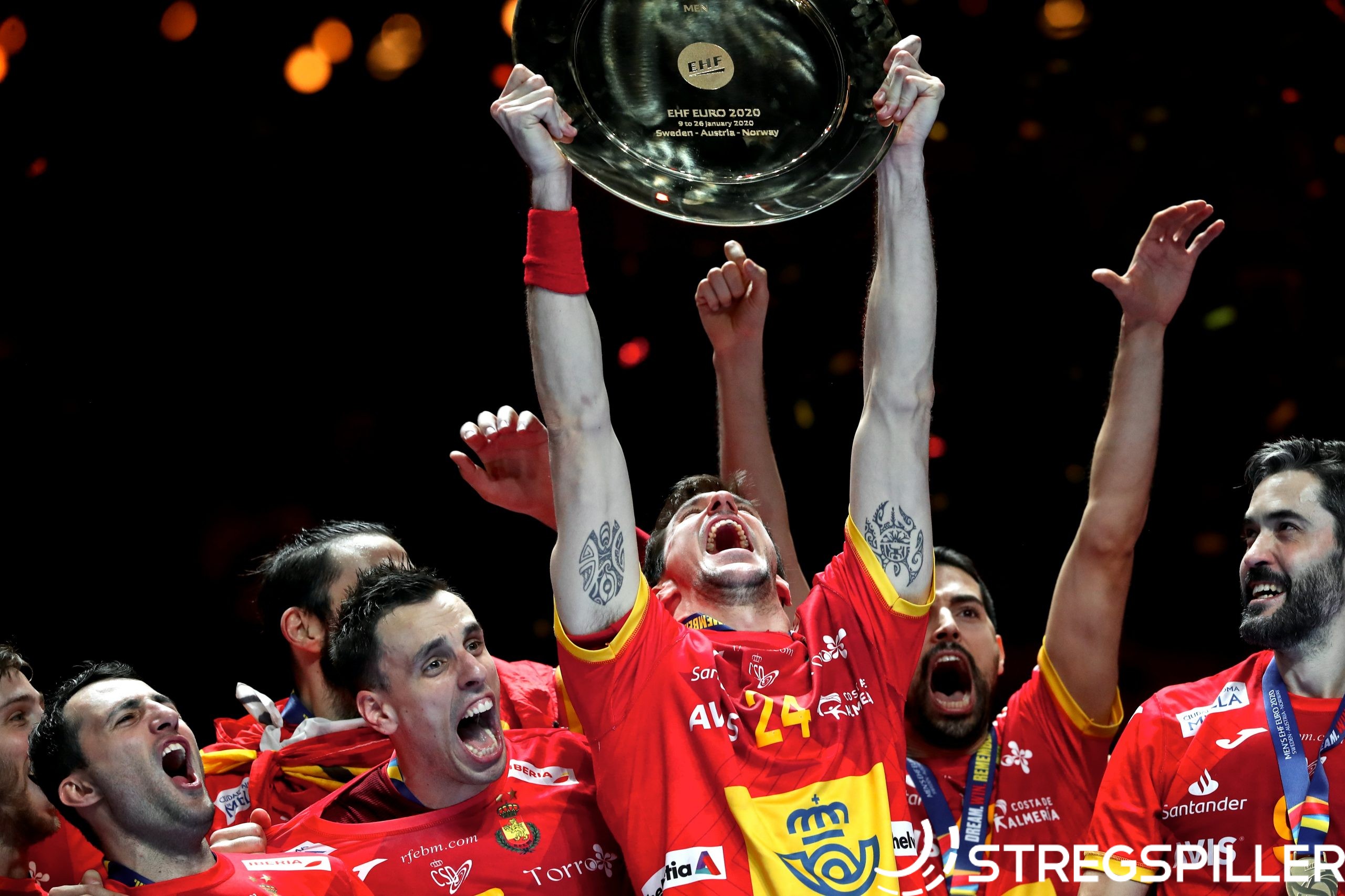 After winning the trophy in 2018, Spain did it again on Sunday afternoon, in Stockholm.  In their first EURO final in ten years, Croatia were a formidable opponent.

Prior to this game, Spain had made appearances in the two previous EURO finals, in 2016 and 2018.  They lost to Germany in 2016 before grabbing the gold medal in Croatia, two years later.

The picture looked quite different for Croatia, as they had not taken part in a EURO final since 2010.

Yet, both teams arrived at Tele2 Arena full of confidence, not having lost a single game since the beginning of the competition and a draw in the main round, in Vienna (22:22).

Spain won the final 22:20, but it was a close call, as the game went down the wire.  In the dying moments of the match, Croatia wasted their chance to score the equalizer before Alex Dujshebaev put the nail in the coffin with a shot that put the game away for good.

Not showing any visible signs of fatigue after playing 80 semi-final minutes on Friday against Norway, Croatia had the better start. The freshly elected MVP, Domagoj Duvnjak, scored four goals in the opening quarter, helping his team to take a three-goals advantage at 10:7.

But, Jordi Ribera’s timeout in the 17th made a difference. Aside from changes in defense and goalkeeping, he also sent Jorge Maqueda on the pitch. Three good ideas as the left-hander scored three straight goals, while Spain didn’t take any for the next 12 minutes.

At the break, the defending champion were leading by one (12:11).

The second half started exactly as the first one as one team seized the initiative. And, this time it was Spain, as they scored two goals into an empty net.  By the 37th minute, Aleix Gomez had created the biggest advantage so far in the match at 16:12.

Once again, the momentum didn’t last.  Croatia strengthened their defense, taking only two goals in the next eighteen minutes.  The team from the Balkan were back into the game and briefly led by one.  It was only because of Gonzalo Perez de Vargas in Spain’s gaol that they hadn’t increase their advantage.

In the last minute of the game –  Spain was leading by one – Croatia’s Igor Karacic took eight steps (we counted) and turned over the ball.  All Alex Dujshebaev had to do was to pull out one of his unique shots to give Spain the victory and he did.

Croatia was in possession of the ball with one minute left to play, while Spain led by one goal.  A golden opportunity to make the score even one more time.

Yet, Igor Karacic blacked-out, as he committed a traveling violation of epic proportions. Eight steps were just five too many to be ignored by the referees and a few seconds later, Alex Dujshebaev had scored the winning goal for Spain.

Gonzalo Perez de Vargas performed – according to his teammates – “a monster” in goal. First his saved allowed Spain to come back into the game towards the end of the first half.

Later in the second half, he saved some more, as Spain’s offense was showing some signs of weakness. As the champions lifted the trophy once again, they did so because of the outstanding performance of their goalkeeper.

“Croatia played a very good tournament. Yet, in the final we performed close to perfection. Today, is a great and important day for the sport in Spain and the whole country. I am so satisfied with the players and the whole staff. We were right to only focus on the next match, especially when you have so many difficult games to play. It was brilliant and therefore we sit here with gold medals. It was a challenging final, but when we scored three goals in a row at the start of the second half, we had a short advantage. Still, Croatia struck back and the match was tight – both teams could have won at this point. In the key moments we played seriously and were fortunate to score two more goals than Croatia.”

“This win means a lot to us. We’re happy because we’re champions and also because we’re going to go back to the Olympics, which we didn’t do in 2016.  It still hurt that we were not able to go back then. I think the confidence we built during the whole tournament was very useful today.  We did not panic when they came back in the second half. But, I think we were also a bit more fresh as we rotated many of our players from the beginning of this EURO.”

“I can only say I’m disappointed. I think both teams deserved to win, we were so close during the whole game. But, we missed too many shots in the first half against Perez de Vargas, while they were clever with their long attacks in the second half.  Still, when you know that a whole tournament is decided within one minute, it’s frustrating. But, I’m really proud of what we did during this tournament.”