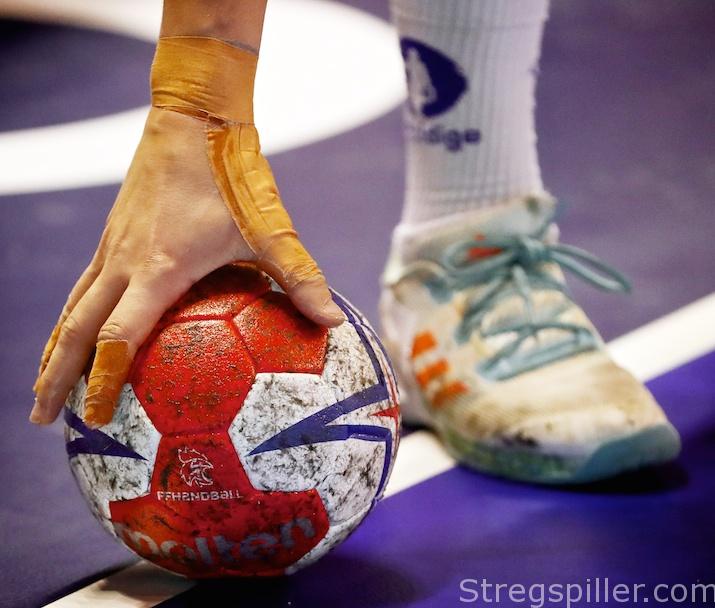 COLUMN – FC Midtjylland, Larvik and Ferencvaros – in that order – have been the positive surprises in the Women´s Champions League thus far.  In Midtjylland´s and Larvik´s case, their quarter-final berth have been against all odds.

Among the favorites, lack of stability has been prevalent.

Three teams have been standing out as positive surprises in the Women´s Champions League this season – and they all made it to the quarter-finals.  FC Midtjylland, Larvik and to a certain extent Ferencvaros have left me with a most positive impression.

However, the biggest sensation as well as disappointment in the tournament this season has been Rostov-Don, biting the dust in the group phase, already.

The ambitious Russian club finished last in their group behind Gyor, CSM Bucuresti and FC Midtjylland – the failure cost the job of Danish head coach, Jan Leslie.  FC Midtjylland became the beneficiary of the dismal performances of the Russian handball powerhouse.  Head coach Kristian Kristensen claimed that his team had defeated opponents with budgets ten times the one of his own club.

That may be a bit of an exaggeration, but it is a fact that Midtjylland have beaten teams with much bigger financial muscle than themselves en route to the round of Last-Eight.

Especially their home wins against CSM, Rostov and Gyor in the group phase were comforting proof that money cannot buy success – not always.  Sometimes, spirit, enthusiasm and confidence are worth so much more than all the capital in the world.  A rather nice thought, isn’t it?

Having won their first five home matches in the competition, Midtjylland placed themselves in a favorable position to access the quarter-finals from second position in their main round group.

However, a clear defeat against Larvik in their sixth home game cost them the advantage, forcing them into a “do-or-die” match away against Krim for the last quarter-final ticket.

But their first road win of the season, assured the Danes of a second Champions League quarter-final in the past three years. Against all odds.

From lions to lambs

For a long time, Krim also looked like a candidate that would surprises on the upside.

Having failed to win the Slovenian championship in the previous season and opening the group phase with 25:35 road loss against Champions League debutants Esbjerg, it was impressive to see, what the team from Ljubljana was capable of thereafter.

Entering the main round with six points, they had all the chances making it to the knockout stage, but six straight defeats extinguished all hope.

Injuries of some key players explain some of the poor main round performances, at least partially.   But it’s also a fact that Krim who had finished the group phase looking like lions, had turned into lambs in the meantime.

Seeing Larvik entering the quarter-final from second position in their main round group is almost as big a surprise as seeing Midtjylland among the eight best.

On top of having to fill the gap after the departure of  Nora Mørk, the Norwegian record champions was battling injury trouble throughout the season, and they still do.

Furthermore, dark financial clouds have kept hanging over the club.  Still, despite all this hardship, Larvik have come through and are in the quarters.

Head coach Tor Odvar Moen can take a lot of credit for this improbable success.

Being the modest man he is, Moen would never dream of taking the credit, but with his charisma, his tactical skills, his way of handling his team and with his enormous heart for the club, he means the world to Larvik.

Another reason for Larvik´s success is, of course, the blooming of Amanda Kurtovic.

Her efforts on the right back position have made it easier than expected for Larvik to get over the loss of Nora Mørk.

A breeze of fresh air

FTC-Rail Cargo Hungaria has been the third and possibly not entirely unexpected surprise on the upside.

It was certainly no surprise that the club qualified for the main round as number two in their preliminary group, considering that Astrakhanochka and Leipzig were the teams they had to leave behind.

However, their performance in the main round group has been impressive.  And the masterpiece was, of course, the 33:25 away win against Buducnost on February 12th when Ferencvaros were leading by 11 goals along the way.

But two sub-par performances towards the end of the main round cost the Hungarians the group win.  Still, Gabor Elek´s women have been a breeze of fresh air in the Champions League this season.

As is known by now, Jan Leslie wasn’t the only coach whose contract ended pre-maturely.  Indira Kastratovic was kicked off Vardar’s bench after the first group match.

A 27:27 draw at home against Ferencvaros was less than management could accept.

Under the leadership of Kastratovic´s successor, David Davis, the ambitious Macedonians performed as expected – with a few exceptions.

A 28:31 defeat at home against Buducnost was definitely not expected, and neither was a 28:42 loss in Metz.   It was such an extraordinary result – I would not have believed it, if I hadn’t watched the game with my own eyes.

But as Ferencvaros stumbled in their last game at home, Vardar was able to win the group after all.

When Katarina Bulatovic plays well, Buducnost wins and when she does not, her team is in trouble.

That’s the general conclusion when assessing Buducnost anno 2016/17 – with one notable exception.

Bulatovic did play an okay match scoring seven goals in that disastrous eight-goal loss to Ferencvaros, I mentioned above.

Yet, her efforts in that game were not enough.  But in Jane Sandanski arena in Skopje, Bulatovic scored no less than 14 goals, when Buducnost defeated Vardar 31:28.

After Buducnost´s first main round game, where they lost by the same 3-goal margin to Vardar, I was close to calling Bulatovic´s career over, as she only scored one goal – on a penalty – on nine attempts.  She certainly proved me wrong.

Lack of stability and expectations

Buducnost´s rather inconsistent main round campaign completes the picture of a Champions League, where instability among the favorites has been prevalent.

Even Gyor, who still appear as the most consistent team among the contenders for the title, have lost on the road against Midtjylland and drew at home against Larvik.

Considering the inconsistent performances among the favorite teams, what can we realistically expect from the upcoming quarter-finals?

Personally, I am looking very much forward to the matches between Metz and Gyor, two of the most entertaining squads in the tournament, so far.

I very much like Metz´s fast and upbeat handball a lot, but I do not expect it to be enough against Gyor.  They will not risk missing the FINAL4 for a second time within the past three years – and possibly let Ferencvaros run away with all the attention and the glory?!  Over the course of two matches, Metz will not be able to shake-up Gyor.

The Romanian club is no longer a debutant to the Champions League party, as they even finished one position better in the main round compared to last season.

Still, I do not expect them to eliminate Ferencvaros.

They may very well win at home, but the margin won’t be sufficient to resist the pressure in Elek Gyula Arena, in Budapest. Therefore, Hungary will have two teams in the FINAL4.

Despite the fact that they finished second in their main round group, I would still consider it a small miracle, if Larvik get past the Montenegrins.

No doubt, Larvik have performed very well on the road this season, taking points in Bucharest as well as in Gyor.

If Moen´s team can achieve the same or better at Moraca hall, they have every chance to make the trip to Budapest again.  Still, I have more confidence in Dragan Adzic´s women.

To me, however, Vardar is the biggest favorite of all clubs in the quarter-finalists.

With all due respect to FC Midtjylland´s efforts so far, the Danes will not be able to stop Vardar from reaching their fourth FINAL4 in a row.

Of course, if Vardar make a “Metz” type error when visiting Ikast, the Macedonians will be in serious trouble, but as I said that is not going to happen.  The disaster in France will have been sufficient warning for Vardar.

In other words, we may see “the usual suspects” in the FINAL4, in Budapest, the first weekend of May.

At least three of the participants – Gyor, Vardar and Buducnost – will be the same as last year.

If my predictions stick, Ferencvaros will be the only newcomer – certainly an interesting one.  However, we will all be much wiser after Easter, when the second leg of the quarter-finals is behind us.