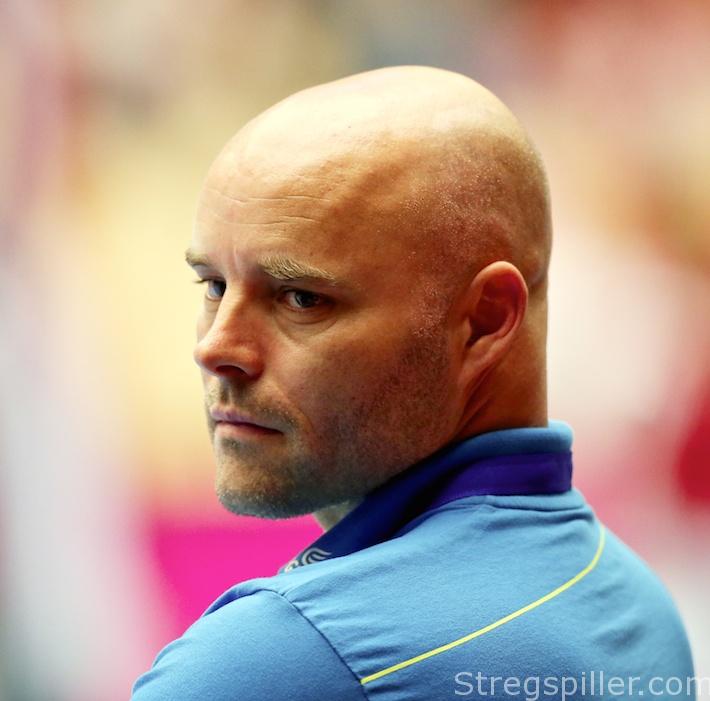 CSM make the sensation perfect and become the first team in the EHF FINAL4.

The Romanian champion also won the second battle between the two Danish coaches, Kim Rasmussen and Jan Leslie, by one goal and booked a surprising FINAL4 ticket for Budapest.

With their 26:25 win, Thursday last week, CSM had handed Rostov-Don their first defeat of the season, and the Romanian lead before the return match could have been even two goals, if Oana Manea had made use of an open shot in the dying seconds, when she was denied by an otherwise unsuccessful Katrine Lunde in Rostov’s goal.

Still, Rostov-Don were clear favorites in the home match at the Palace of Sport.  No one – maybe apart from the visitors – really believed in the Romanian team´s chances, as the Danish coaches Jan Leslie (Rostov-Don) and Kim Rasmussen (CSM Bucuresti) were logging horns again.

CSM managed to finish what they started in Bucharest on the last day of March, as they repeated their one goal win from the home match, when they visited the Russian club on Saturday.

The team from the Romanian capital was the better team throughout the 60 minutes and decided the affair around the half time, as they went from 13:11 shortly before the break to 18:11 at the beginning of the second half.

CSM were better prepared and simply seemed to want it more than their opponents!

CSM started where they left off in Bucharest nine days ago – stunning Rostov from the get go.  The visitors dominated the first half almost completely, taking an early 5:2 lead and extending it to 8:3.

A very well prepared CSM defense paying particular attention to Rostov playmaker Ekaterina Ilina, caused the home team´s attacking play plenty of problems.  Rostov-Don made the job even easier for CSM’s defense by playing too slowly when in attack, with the inevitable consequence that Rostov´s shots suffered quality.

The host’s defense also lacked class, allowing their opponents to get their goals way too easily.

A timeout called by Jan Leslie 12 minutes into the game- at the time his team was already down 7:3 – did not help, and neither did enthusiastic efforts from the public announcer, to make the spectators support their team.  CSM´s five-goal advantage at half time was just as deserved, as it was sensational.

Barely five minutes into the half, Jan Leslie already called his second timeout.  His women were seven goals down at 19:12.  Once again, the timeout did not bring about any change, and neither did playing seven against six in the following minutes.

Seven minutes later, at 17:23, Leslie spent his last timeout, but nothing helped his squad against the well prepared and courageously fighting visitors, this Saturday afternoon.  CSM continued to be six to seven goals up, and the fact that Rostov-Don scored the last four goals of the match, reducing the deficit to just one goal in the end, only had cosmetic significance.  At that point, the hosts would have needed a two-goal victory, having scored fewer away goals.

It is far from being a common experience to see a player, who just got a two-minutes suspension, run smiling and cheering all the way to bench and then swing the flag of her country.

Nevertheless, this was what CSM’s line-player Oana Manea did, when she was sent off with two seconds left to play and handed a Romanian flag from one CSM fan sitting right behind the bench.

“Player” of the Match

This time the award does not go to a player, but to the announcer in the Palace of Sport Rostov-Don.

The energy and enthusiasm he put in his ongoing efforts to get the home crowd involved and show their support for their team was admirable.

To CSM, it is all about preparing for the FINAL4, where no one can write them off after their performance in the two quarter-final matches.

The FINAL4 appearance is a huge tactical triumph for Kim Rasmussen, and if he can prepare his crew just as well for the challenges in Budapest in May, anything can happen.

To Jan Leslie and Rostov-Don, it is about analyzing, how things all of a sudden could go so wrong for the team that went through the Champions League group phase and main round, losing one point, only to suffer back-to-back defeats against CSM Bucuresti, sending them out of the competition.

No surprise if Final 4 will be Vardar, Budu, CSM, Gyor. Best final 4 teams in history…