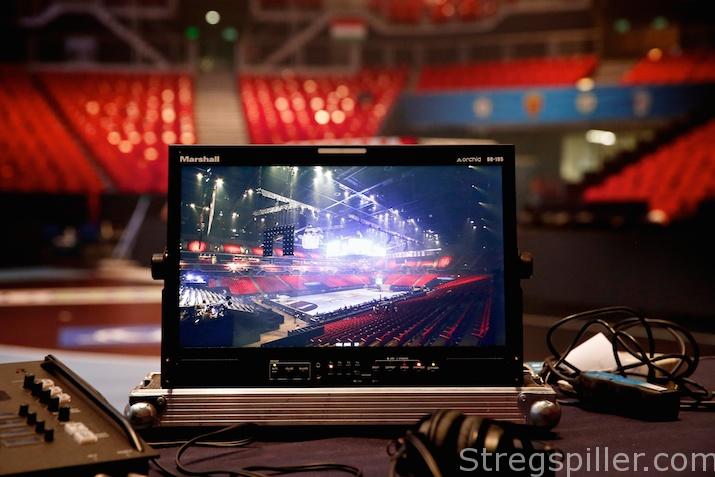 All in for the money

So, that’s it.  After years of resistance, Germany’s Handball Bundesliga has now moved to Pay-TV, following the path of European and French handball.  Money appears to be the most important reason for the Bundesliga making this choice and the clubs are supporting it.  But for all concerned, there are some cons as well.  And it’s no small issue.

I am 31 years old, and as far as I can remember, I’ve always been able to watch Bundesliga games on satellite TV.  Be it on DSF or Sport 1, the derbies between SG Flensburg-Handewitt and THW Kiel have served as the basis of my handball education.  Now, for the first time ever, I won’t be able to enjoy them anymore.  Handball Bundesliga decided to change broadcasters and moved to Pay-TV, after decades of free-television.  It all means that, if you don’t live in Germany, you can’t enjoy what remains to be the best handball league and arena atmosphere in the world anymore.  Mind you, I only found out on Monday morning that I couldn’t even get the highlights on You Tube anymore!

My personal case is irrelevant when compared to German fans who will now have to pay € 24,99 per month for starters to watch it all. For sure, the package for the money is impressive, as they also get to watch the Velux EHF Champions League, the Super-Cup and the DHB Pokal.

Is it worth it?  For die-hard handball fans, it sure is – you’ll have the opportunity to watch all Bundesliga games live and at least the three Champions League matches featuring German teams, every weekend throughout the campaign.  But for the casual supporter “watching-three-games-a-season”, it definitely isn’t.

But isn’t this the kind of audience Germany’s Bundesliga should be aiming to attract?  Today, handball is preaching to the converted, only for the sake of money.  For sure, cashing in three to four million EURO’s a season, and sharing some of it with the clubs, is a splendid financial operation, providing the economics that will help clubs sign bigger contracts, with better players while putting on an even more impressive show.

But, let’s put it bluntly, no one’s watching it – at least not in recent years.  In 2017, 100,000 people watched the EHF Champions League 1/8th final between Kiel and Rhein-Neckar Löwen, representing a market share of 0,4 %, apparently the best result to date for a handball game on Sky.  That’s less that one fifth of the audience Sport 1 gathered for the “Nord-Derby” between Kiel and Flensburg, in May 2016, for instance.  Other data is equally poor.  The average number of viewers watching the Champions League Final4 games in 2016, broadcasted on Sky, was 32,500.  Expressed differently – the best handball show on the planet was watched by nearly no one in Germany.

The worrisome development is not restricted to Germany alone.  France is facing the exact same problem.  In 2015, for EURO 1.0 Mio. per season, BeIN Sports acquired the TV-rights to the Lidl Starligue, a competition that prominently features superstars like Nikola Karabatic, Mikkel Hansen and Dominik Klein. For EURO 14,99 a month, you’ll get the opportunity to watch the French league, as well as the Champions League, the women top-level league and all EURO’s and world championships.

I can see your head popping above the wall, saying “more handball for less money, people must really appreciate it”.  Well, it seems that the French handball fan is not too keen on spending money to watch his/her favorite sport either.

BeIN Sport was eager to tell everyone that 925,000 people watched the World Championship final between France and Norway last January, a number which needs to be put in perspective with the more than nine millions viewers who sat in front of their TV, looking at the very same game but consuming it for free on a different channel.

Reality doesn’t look pretty.  BeIN Sports may hide behind the statement that they can’t provide their real numbers every week, but only every six months and only per channel, and not for each program.  Rumors have it that your average Wednesday, Starligue game attracts less than 30,000 viewers, in a country that counts 600,000 licensees, that’s a very disappointing number.

Does it mean that there is a link between Pay-TV and disappointed TV audiences?  It seems so.

In Denmark, the national handball leagues are being broadcasted via TV2 and DR, and you don’t have to pay for it.  Last season, your average league game attracted 180,000 people in front of the TV, and the second leg of the play-offs final between Skjern and Aalborg surpassed the 200,000 mark (just about your average SC Magdeburg – GWD Minden audience on Sport 1, last season, in Germany).

In France, the up-and-growing TV channel L’Equipe (sponsored by the eponymous newpaper) acquired the rights for the Women’s EHF Cup quarter-finals (Brest vs Rostov-Don) last season, and secured 225,000 viewers on a Saturday night, a remarkable performance.  There certainly is curiosity, if not interest, for watching handball.  At this rate, sponsors get more of what they pay for – exposure.

In France and Germany, it will be hard to attract major advertisers if the numbers stay as low as they are.  The potential long-term effect for the sport of handball can be disastrous.  Once the contracts for both – Bundesliga and Starligue – come to an end, no one will be willing to put millions of EURO on the table for competitions that only attract some 10,000 viewers on Pay-TV.  Hence, the contract value may decrease over time.  Something that you can witness in football already, as recent stats of Britain’s Premier League suggest a declining Pay-TV audience.

It’s not all bad stuff though, especially for die-hard fans.  If you love handball and have a little bit of money, you’re probably delighted by the quality of the broadcasts.  All games are now covered, and there are more slow motions than you could have dreamt of ten years ago.  Also the post-game shows keep what they promised and the input provided by specialists like Stefan Kretzschmar and François-Xavier Houlet add valuable insights.

For the clubs the benefits are obvious.  Aside from the money (ca. € 168,000 for each cub last season in France), they can also sell to their own sponsors some TV coverage, as confidential as it may be.  And instead of being covered once or twice per season, German clubs are now on display every weekend, with many clear advantages.

All in all, the clubs have nothing to complain about at the moment.  The leagues, on the other hand, have now chosen to address the “converted” and to cash in, instead of appealing to and building broader audiences.

In the short-term, it may be understandable that clubs need money to grow, but in the long-term, you must ask yourself where all of this is heading.  In the middle of all – handball fans.  They seem to have chosen their side – for now.