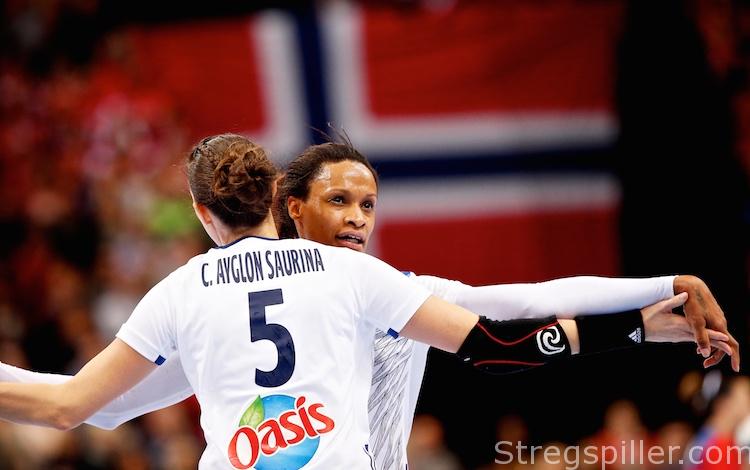 The title of the Marseillaise seems to be the appropriate headline for the sensational win, the French team pulled of on Sunday evening, in Hamburg, at World Cup’17.

Not many people outside France would have expected their team to overcome mighty Norway.

Norway had swept all opposition aside, except a 31:28 defeat in their last group match against Sweden.

In the knockout phase, however, the Norwegians were in a league of their own, disposing of The Netherlands 32:23, in the semi-final after humiliating Russia 34:17 in the quarter-final.

Norway were the huge favorite – no doubt.

In the last minute, Norway’s coach, Thorir Hergeirsson, had chosen to add another goalkeeper to his squad, including Silje Solberg along with Katrine Lunde and Kari Aalvik Grimsbø.

It meant that young left back and championship debutant, Helene Fauske, had to be axed from the squad.

When France and Norway met in the final at the Men´s World Championship back in January, it was no surprise that France won.  But it certainly was this time.

A tactically clever and well prepared French team pulled a handball sensation and overcame the Norwegian the odds on favorite.

France’s defense caused Norway’s attack ongoing problems throughout the 60 minutes, in addition, they successfully slowed down the game.  While Norway missed out on four penalty attempts, something you do not see from this squad on a regular basis

The victory was a tremendous triumph for French coach, Olivier Krumbholz and his players who followed his scheme close to perfection.

France opened in style, with Amandine Leynaud saving the first two of Norway’s shots, while her teammates scored on their first attempts, sending the ball past Katrine Lunde in goal for a 2:0 lead.

However, Norway answered quickly, scoring four straight goals, taking the lead at 4:2, and increasing their advantage even further to 7:4.  The ruling champions appeared to be in control.

But,France’s 5-1 defense kept irritating Norway’s attack, and by the 20th minute, Camille Ayglon had made it all even again at 8:8.

And after 23 minutes, Kalidiatou Niakate handed France their lead back at 10:9.

Right before the break, France went up 11:10, courtesy of Estelle Minko, and Alexandra Lacrabere even had the chance making it a two-goal lead, but she was denied from the penalty spot by Kari Grimsbø.

France’s defense did not falter and continued causing trouble for Norway, after Alexandra Lacrabere opened the second half making it 12:10.

Just like in the first half, France prevented Norway from scoring a single fast break goal, taking away the most dangerous weapon from the Scandinavian team.

When Nora Mørk missed Norway´s third penalty shot, Laurisa Landre increased to 13:10, before Allison Pineau made it 14:11 and 15:12, scoring her first two goals in the match.

However, Norway were not beaten, yet. Heidi Løke, who had replaced Kari Bratsett on the line, brought her team back, making it 16:16.

It was again Løke who provided Norway their lead in the second half at 18:17 and 20:19.  But, this was the last time Norway had the advantage.

France kept fighting back and got in front at 21:20 with less than five minutes left on the game  clock.  And another score from Pineau increased the margin of difference to two (22:20).

At first, it did not yield anything else other than an attackers´ fault – a wrong decision by the Danish referees.  Veronica Kristiansen gave her team and her nation a last bit of hope, as she reduced to 22:21 with a minute and seven seconds to go.

But 26 second before the end, Alexandra Lacrabere effectively decided the match at 23:21.

In the second half, her saving percentage dropped from 44 to 36, still the 31-year-old shot-stopper from Vardar Skopje performed a number of her best saves at crucial moments in the match.  She played a decisive role in France’s win.

It was her stellar performance in the first half, that laid the foundation for a surprising French triumph.

No offense to Norway, but the French victory was refreshing and beyond any doubt good for women’s handball.

What people want is excitement and some assurance that more than one team can win.

The result does not mean that Norway is not the strongest women´s team in the world, anymore.  They still are, but Sweden who defeated them in the group phase, and France who overcame them in the final, showed, that mighty Norway is not invincible.

Not so bad for international women´s handball, after all.

Sweden had already written World Championship history by reaching the semi-final for the first time ever.  And they had to be content with it, though, after their defeat against The Netherlands.

Sweden came back from a six-goal deficit and even took a two-goal lead, but in the end, the Dutch were the better team.