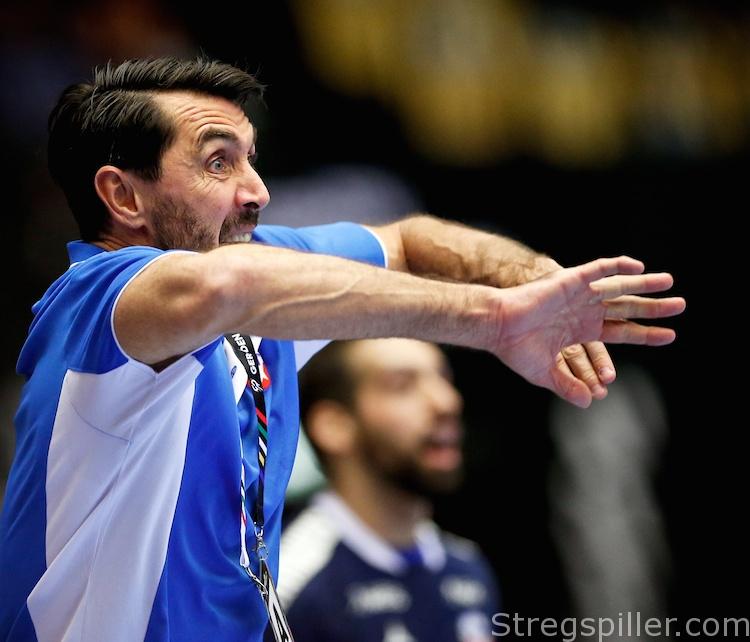 With the tournament coming to an end on Sunday, our attention quickly moves away from the teams occupying the bottom half of the World Championship, but not here.

Let’s celebrate the those who gave us so much joy in the opening stages of Germany/Denmark 2019, players who popped up with moments of brilliance and played a part in making the big teams sweat.

Here’s my President’s Cup All-star team, with the focus on spreading the love around to as many teams as possible.

Borko Ristovski (FYR Macedonia)
Ristovski was the standout goalkeeper among the President’s Cup teams and his save percentage (37%) was good enough to break into the overall top 10. The outstanding performances from the Benfica keeper and a teammate we’ll mention later played a massive part in ensuring the Macedonians did not drop lower than their 15th place finish.

Timur Dibirov (Russia)
This was a tough position, with a number of candidates, but two phenomenal performances in the preliminary round in the drawn games against Serbia and Germany make Dibirov a clear winner. He went from hero to zero in the space of 24 hours as he saw red in the defeat to Brazil, a result which cost them a main round spot, but the magical wing was still Russia’s best player.

Erwin Feuchtmann (Chile)
Chile turned a disastrous start into their best World Championship campaign to date with wins over Austria and Saudi Arabia and Erwin Feuchtmann played a massive part with a total of 20 goals in the two victories. His 46 goals in seven matches is an impressive total and makes it impossible to overlook him in this team.

Kang Jeongu (Korea)
Emerged as Korea’s star in attack in the second half of their campaign, beginning with a brilliant 12-goal display in the narrow loss to Serbia and was the top scorer with seven goals in the historic win over Japan, in Copenhagen. Kang played at both left and center back, but displayed his best moments in the center with some cracking goals and adventurous attacking.

Kiril Lazarov (FYR Macedonia)
He was almost successful in dragging his teammates into the main round, but fell just short in the second half against Iceland. Overall top scorer with all 24 teams having played seven matches and his scoring efficiency of 65% is very good considering how heavily his team rely on him to get the job done in attack.

Bogdan Radivojevic (Serbia)
The pre-tournament injury to Dragan Djukic left Serbia relying heavily on Radivojevic and he put in quite the shift with over five and a half hours on court. His efficiency could have been better, but he made up for it with his overall importance to the young Serbian side as he top scored with 27 goals.

Youssef Ali (Qatar)
Ali was the most influential man for the President’s Cup winners. Not only is he the only line player to sit in the competition’s top 10 scorers, but eight of his 46 goals came on fast breaks, more than any of his teammates. Ali was on court for six hours, playing a huge role for Qatar at both ends of the court.