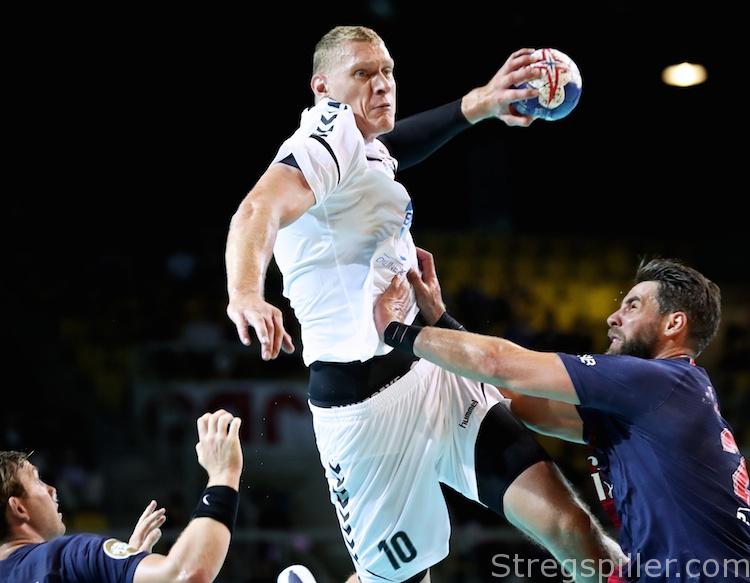 COLUMN – French dominance of the VELUX EHF FINAL4 is here to stay!  Is it this simple or do we just have to get used to yet another unpredictable Champions League edition?

It’s this time of the year again.

On Wednesday it will be opening night for the Men´s VELUX EHF Champions League and by now most of the pundits have developed an idea which four teams will make it to the FINAL4 at Cologne’s Lanxess Arena, in June of next year.

We all still remember the FINAL4 this past spring as it was dominated by France in a way not seen before.  Three of the four participating teams – PSG, Nantes and Montpellier – traveled from France and it was the underdog – Montpellier – that emerged as the eventual winner.

Some of the experts were quick to conclude that France’s “Lidl Starligue” had surpassed Germany’s Bundesliga as the strongest league in Europe.

But is it true? Will we see three French teams at the FINAL4 again and no German clubs as in the past two years?

Pointing out favorites appears to be an easy and futile exercise year after year, the truth is that those favorites rarely live up to expectations, at least in recent times.  The opposite appears to be true.  Do I have to remind you on the unlikely successes of HSV Hamburg (2013), SG Flensburg-Handewitt (2014), Kielce (2016) or Vardar (2017)?

Will Gonzalez deliver the goods for PSG?

For the past three years, Paris Saint-Germain has been mentioned first when talking about the odds-on favorite to win the Champions League.  So far, they have failed each and every time.  And one reason explaining such lack of success could be found on the bench, where head coach Zvonimir Serdarusic was no longer on top of his game.

Now, Spanish coach, Raul Gonzalez, is at the helm after performing miracles with Vardar Skopje.  If he cannot deliver the Champions League trophy to the City of Lights, who can?  And can he do it this season already?

Will Nantes and Montpellier join PSG on a repeat trip to the FINAL4 in 2019?  Unlikely, but not impossible either.

For Nantes to secure the number two spot behind PSG in Group B is within reach.  Montpellier, on the other hand, will have a much tougher road ahead, considering the quality in Group A with teams like Veszprém, Rhein-Neckar Löwen, Barca Lassa, Vardar and Kielce.

Can Vranjes withstand the pressure?

Ljubomir Vranjes´ first season as head coach in Veszprém wasn’t a success to put it mildly.

After exiting the Champions League in the Round of Last 16 and failing to win the Hungarian championship it could hardly get any worse.  Will it all turn around this season?

If Vranjes wants to bolster his job, he will have to deliver more titles, certainly on the domestic level.  Yet, it won’t be easy to build a solid team that will perform consistently on the European stage.  Given the size of the squad it will be challenging to keep all the stars happy and motivated.

Veszprém have never won the Champions League and I predict the losing streak will stay intact for another twelve months.

Nikolaj Jacobsen – a weekend in Cologne?

Possibly with the exception of Kiel, German teams have generally assigned a low priority to the VELUX EHF Champions League compared to the domestic league.

Last season it was made crystal clear when Rhein-Neckar Löwen addressed conflicting schedules, sending their “2nd Suit” to Kielce in the first leg of the Round of Last 16, while playing with the A-team in their Bundesliga game, in Kiel.

Such a grotesque situation will hopefully not occur again, but the question still stands: Will Rhein-Neckar´s Danish coach, Nikolaj Jacobsen, want to spend a weekend in Cologne in the spring of 2019?

If Jacobsen and his Lions truly want to go to Cologne they have every chance to do so.

And as impressive as Flensburg´s start to the 2018/19 Bundesliga season has been, the North Germans will probably have to pay the price of a rather narrow and somewhat less experienced squad, once they get involved in the Champions League.

As already mentioned, it has been the rule and not the exception that the underdog will win the Champions League.

So, maybe we should stop our search for favorites and simply respect the fact that Europe’s premier club event has a life of its own, defying wisdom and convention.