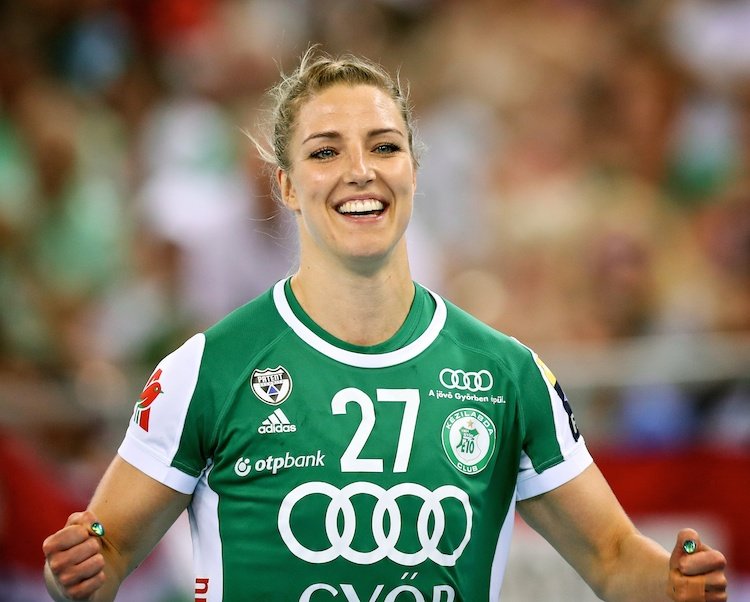 stregspiller.com MATCH OF THE WEEK – Györ landed the expected victory in Koprivnica, but not without facing certain troubles along the way.

In fact, the back-to back champions were one goal down early in the second half, before they showed who was in charge.

*Györ had opened their group match campaign with a clear win against Krim Ljubljana. However, the final digits, 39:23, were a bit higher than many people expected.

*Podravka celebrated their comeback in the Champions League with a surprising 28:26 road win in Germany against Thüringer HC.

Györ were missing Anita Görbicz, in addition to long-termed injured Nora Mørk and Zsuzsanna Tomori, but they still listed a considerably deeper squad than Podravka in a match, where Györ’s coach, Gabor Danyi, took the opportunity to test all three of his goalkeepers – Amandine Leynaud, Eva Kiss and Kari Aalvik Grumsbø.

The final result is a bit deceiving considering the actual difference in the match, as Podravka were following the favorite for long periods. They just did not have the physical resources to really challenge Györ all the way.

It must have come as a surprise to see the home team getting the better start. Podravka were leading 2:0 and 3:1, partly because of a brilliant Jovana Risovic in goal.

Having Eduarda Amorim participate in the attack turned out to be a good idea from Gabor Danyi.

The experienced Brazilian added shooting power to Györ’s attack, and she played an important part in changing a 4:3 deficit into a 9:5 lead within less than seven minutes.

From then on, Györ appeared to control the game and built several four-goal leads before they saw their advantage cut to two at half time.

Soon the audience learned that it was too early to write-off Podravaka.

Györ scored first in the second half, but four Croatian goals in a row turned the table (19:18) in favor of the host. They kept in the lead (20:19) but after Györ scored the equalizer (21:21), the Hungarians pulled away for good.

With Amorim and Stine Oftedal leading the attack, Györ went up by seven goals up before the home team were allowed to score the last goal in the match.

Györ did what they had to, booking their second victory in as many games.

Their next tasks in the Champions League will include two consecutive matches against Thüringer HC. It’s unlikely that the German champions will create much of a problem for Györ. In fact, I’ll predict that Györ won’t lose a single point in this group.

Once again, Podravka showed that they are a team that has to be taken serious. Krim cannot feel secure ahead of the two upcoming meetings with the Croatian champions.