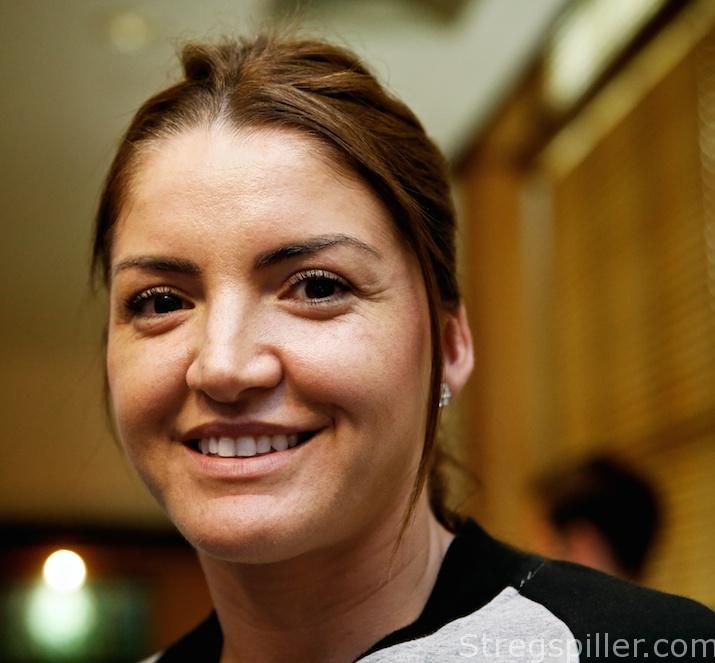 “As long as there is a chance, I’ll fight for it”

INTERVIEW – Jovanka Radicevic talks about the challenging situation before the return match against Metz, in the EHF Champions League quarterfinal and returning to Buducnost, where she played as a youngster.

For CSM Bucuresti reaching the FINAL4 of the Women´s Champions League for the fourth time in a row seems to be a distant dream.

The Romanian handball powerhouse won Europe’s premier club event in their maiden season, back in 2016, but this year they finished fourth in their main round group.  The very same ranking as in the 2015/16 season, when they lifted the trophy in Budapest. So, is there still a sliver of hope?

Whatever aspirations there were, CSM’s performance last Friday, crushed almost all of them, when they lost the first leg of their quarterfinal tie against Metz Handball – 31:26.

At home, Metz hardly ever surrender a game and it’s difficult to imagine how the French team will give up a five-goal lead, when the two clubs meet again at “Les Arenes”, on Saturday night.

Still, Jovanka Radicevic, CSM’s  experienced right wing, refuses to give up ahead of time.

“As long as there is a chance, I’ll fight for it!

“And as long as there’s hope, I believe in it,” the 32-year-old Montenegrin international tells stregspiller.com.

Recently, the powerful Serbian line player, Dragan Cvijic, extented CSM’s injured list that already included the likes of Cristina Neagu and Amanda Kurtovic.  Without these key players the 1st leg match versus Metz turned into an uphill battle from the get go.

“Yes, we do have many injured players and it was a contributing factor that ruined things for us.  It meant that we could not rotate our bench as much as Metz could,” says Jovanka Radicevic, who’s proud of the fact that her team restored a bit of their honor, when they came back from a five goal deficit early on.

“At least, we kept fighting until the end and we did have a chance to catch up, but in the end the result was still far from what we wanted.  We just did not have the same options to rotate the bench and make substitutions,” she explains.

Radicevic certainly did her part to keep her team in the game, scoring 10 goals, the most of all players, last Friday evening.

“Things went well for me, that’s correct. Of course, it’s always nice to have personal success, but I  would have gladly traded those ten goals for a victory in the first match,” she says.

Last season, CSM also faced Metz in the quarterfinal and that tie turned into two roller-fcoaster matches, as CSM won 34:21 at home, but went down by 10 goals in the 2nd leg match before riding the storm, limiting the loss to  seven (27:20) and returning to the FINAL4, after all.

Jovanka Radicevic was not a part of the wild ride a year ago, as she only joined CSM over the summer, after leaving Vardar Skopje.

Her stay in the Romanian capital will only last one year, though.

After this season, she will be joining Buducnost, where she played in her teenage years and before she went abroad in 2011 – two years in Györ, followed by six years in Vardar before she moved to CSM.

“I have been away from home for eight years, by now.

“That includes being away from my family and my friends – so. when I received this fine offer from Buducnost, I was in no doubt that I wanted to go home.

“I believe this is the right time for me to return. It’s best for any player to play in a good club in your own country, provided that the club still has high ambitions. I think that’s what Buducnost is aiming for and I am very happy!”

Her teammate on the opposite wing, Majda Mehmedovic, will be heading in the same direction, after three years at CSM.

“It’s not something we coordinated.

“I am not going because Majda made a decision and she did not make her move because I did – still, I am happy that we go together.

Keep fighting until the end

Before going back to Montenegro, she has not yet given up hope of reaching the FINAL4 together with CSM, this season.

“Of course, it will be sad if we don’t make it to the FINAL4, as it won’t be the way I expect my time at CSM to end. But, it’s sport and part of life. No matter what, you have to move on.

“If we make it to the FINAL4 despite all our injury problems, it will be just as great a success, as CSM’s Champions League win in 2016 – we will fight as long as there is a chance,” promises Jovanka Radicevic.