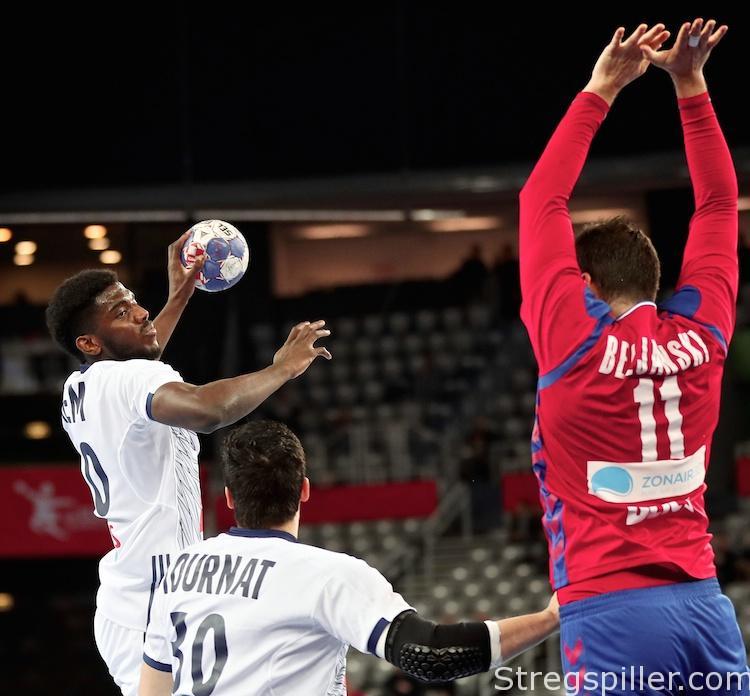 “As long as you try hard, people will trust you”

INTERVIEW – If you haven’t heard about Dika Mem, you must have been living in a cave or under a rock for the past three years.

The French right-hander, who turned 21 last August, has swept through the world of handball like a hurricane. Eight years ago, he didn’t know anything about this sport. Back then a friend dragged him to a practice session with lasting results, as he joined  his local club and the rest is history.

“What I’d be doing without handball? I don’t know. Playing football or sitting on my sofa,” he laughs.

His transfer to Barcelona, two seasons ago, was a major step. One of the biggest clubs in the world were betting EURO 100.000 + on a 20 year old kid who had played only season in the French top league. The transfer came as a shock for outsiders and experts alike – it felt strange.

“On my first day, I was out of my league. The press conference, the translator, so many people, I wasn’t in my own universe,” recalls Mem.

But then, he did what he has always done. He worked, worked and then he worked some more.

“I couldn’t let this chance go by – not at this level, as it may never present itself again. You may fail, but as long as people around you can sense that you’ve tried your best, they will trust you,” sounds Mem’s mature analysis.

For him, handball is a lot about trusting each other. Self-confidence, of course, it’s important but it’s a two way street – coaches and teammates have to feel the same way.

“That’s the most important thing,” he adds.

Since his arrival in the French national team, he’s been rewarding anybody who trusts him. He was one of the players who stood out at last year’s EHF EURO, in Croatia and he has been one of the best at the ongoing World championship, as well.

Mem scored six times in the opening game against Brazil, doing his part to avoid an early disappointment.

“That night, it was me, but there was no need to brag about it, as somebody else would pick up the slack the following evening. We’ve a lot of quality in this team and a number of players that are a real threat on the court. It’s definitely not all about me.”

The key factor for his quick integration in the French national handball team, is how his teammates made him feel at home from day one.

“They talk with us a great deal.  Now, that there are more young players than old ones, they have to cope with us,” he smiles, before turning serious again.

“The fact that we all get along well, is visible on the pitch. If we wouldn’t, there would be things that I wouldn’t even dare trying. A pass to the line player, one of the more risky shots – if you’re not comfortable with each other, you don’t try these things,” he sums up the importance of team chemistry.

Boosting his confidence even further, Mem was named as a key-player by coach Didier Dinart right at the beginning of this World Cup.  Mem has a laugh, at the thought of belonging in the same category as Michaël Guigou, Vincent Gérard or Valentin Porte.

“No way,” he smiles, before talking about his very first game against Germany.

“At a young age, you feel that this is the kind of match that you can’t lose. Games against Germany are always special and playing them on home soil, in a jam-packed arena will be even more exciting.  I’ve never lost against them, ever since I began playing handball –  I want to extent this winning streak.”