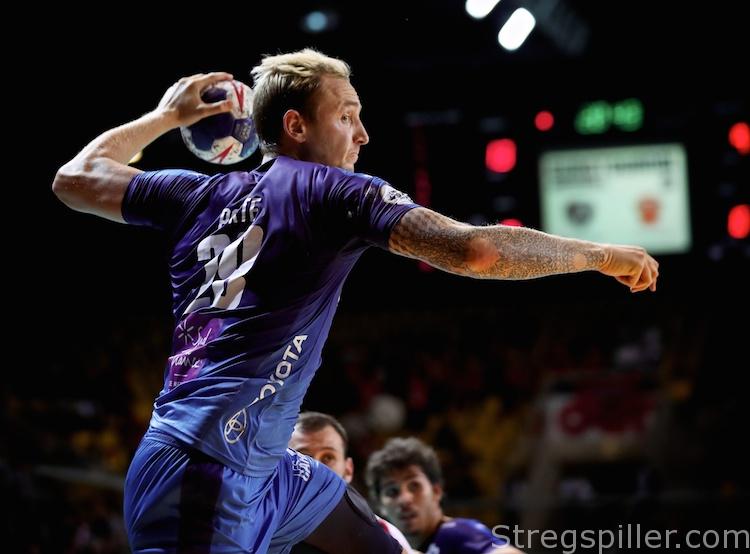 Backs against the wall

stregspiller.com MATCH OF THE WEEK – PREVIEW – Will ruling Champions League winners Montpellier HB finally book their first win of the season, or are Telekom Veszprém – now with David Davis at the helm – really back on track? Those are the two pressing questions before the two teams meet in the south of France, on Saturday evening.

Both clubs find themselves with their backs against the wall when they meet at “Sud de France” Arena in Montpellier, on Saturday at 17:30 hrs. where Montpellier will take on Veszprém, in Group A.

In a previous, brilliant, article of my colleague Kevin Domas, he pointed out the reasons, why Montpellier have created negative history as the first Champions League winner ever to remain pointless after four rounds of play, in the season that followed their triumph.

As far as Veszprém is concerned, let’s say this – a team does not become great just from a buzzer-beating penalty save, like the one Roland Mikler performed in Belarus, last weekend.

Therefore, it will be very interesting to see, which team will have the upper hand, in a match where head coach David Davis will enjoy his Champions League debut on Veszprém’s bench.

Here is how the two squads compare ahead of their clash in southern France:

The two goalkeepers can hardly be blamed for Montpellier´s problems. Although Gerard may not have reached the level he showed us at the FINAL4 last season, he is still performing on a very high level with Portner a very able substitute.

Sterbik has not been consistent after coming back to Veszprém,; yet another question is what impact the announcement of Mikler´s return to Szeged will have. To me, the match up between the keepers looks like a draw.

Gajic was the only right wing, Veszprém had with them in Belarus when they played against Meshkov Brest. It’s hard to predict what changes Davis will make, if an but it may very well turn into a duel between the two experienced Slovenians – Kavticnik and Gajic – where the latter has the upper hand these days.

Every time I see the name Melvyn Richardson, I cannot help but think of his legendary father, Jackson Richardson. What a handball player he was!

Well, we should not compare father and son, and all things equal, Melvyn shoots with his left hand, while his father used his right hand to score.

Still, Richardson junior is a fantastic player in his own way and Montpellier´s right back duo should not be underestimated (especially in front of a home crowd) when compared to Veszprém´s pair of right back aces.

Villeminot did rather well in Montpellier´s 35:27 defeat in Barcelona, last Saturday, but neither he nor Faustin can be expected to reach the level of Lekai, in particular. Without injured, Diego Simmonet, Hungarians enjoy a very obvious advantage in quality and quantity.

Grebille may not be on the same level as before because his many injury breaks, but he and Bonnefond form a very solid left-back duo.

When Machovsek is at his best, he can decide games on his own, while Ilic has seen better days.   And Terzic, of course, may not get far beyond the center line. I call this one a draw.

Montpellier have really been suffering because of the absence of the experienced, Michaël Guigou.

Arnaud Bingo is a good wing player, but he certainly won’t deliver what Guigou brings to the team. He and Tunesian, Mohamed Soussi , can hardly be compared to Strlek and Manaskov, and keep in mind that Kentin Mahé can also play on left wing. Veszprém’s advantage is obvious.

Montpellier are really missing Ludovic Fabregas who left for Barcelona before this season.

Neither Mamdou nor Afgour can reach his performance level and they will have trouble when facing Veszprém´s rather formidable trio of line players.

Celebrating his 25th season as head coach in Montpellier, Patrice Canayer is a legend and icon in the club.

During all those years he has been facing worse periods, but it’s still a big question if he can restore pride any time soon and steer the team into a brighter future?

What can David Davis do after only a few days in charge of Veszprém? He won’t perform miracles but expect him to re-energize his new team.

Montpellier enjoy the backing of a vociferous home crowd, but it’s unlikely to scare Veszprém.

Veszprém went though a week without any match obligations, instead they had to get used to a new head coach, whereas Montpellier took the expected 30:26 victory against pointless Pontault, on Wednesday night. But the 2018 Champions League winner was struggling in this game as well.

It all seems to point towards a Veszprém win, but let’s see what happens when the action starts on Saturday.