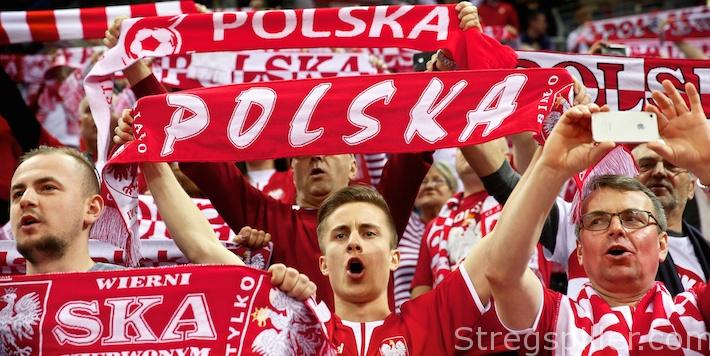 Qatar and Poland booked the last tickets to the quarter-finals – Croatia and Germany won their groups in Rio.

In their two most recent matches, Poland had found to their game – finally, but they were still in need of at least one point to be certain of reaching the quarter-finals.

Slovenia´s winning streak ended with a 22:28 loss on Match Day 4, but Veselin Vujovic´s team was already assured of the quarter-finals.  Still, Slovenia was keen on succeeding and finishing second in the group, as they were looking to avoid France in the knock-out round.

Poland’s defense versus a vivid Slovenian play of attack would determine the winner of the affair.

Poland had the better start, leading 2:0 and 4:1, but then their defense began making the same mistake, that other teams had committed against Slovenia in this tournament – allowing the Slovenians to play too close to Poland’s defense.

Soon Slovenia changed the course of the game, and their job was made even easier by the fact that Piotr Wyszomirski in Poland’s goal did not make many saves, to say the least.  It came as a surprise, that Talant Duishebaev did not give Slavomir Szmal the chance for a better performance.

Still, Poland managed to benefit from a series of Slovenian errors to catch up again at half time.

Poland did not score for the first five minutes after the break, and although Slovenia only made use of this Polish goal drought scoring twice, it was enough for to stay in the lead for the rest of the match.

Veselin Vujovic kept his star playmaker Dean Bombac on the bench for the entire 60 minutes and he only provided limited time on the pitch to his other star player, Uros Zorman.

But why should he have exposed his two stars to injury, when Miha Zarabech did so well in orchestrating Slovenia’s attack?  It was a golden move of Vujovic to include the 24-year-old playmaker in his squad.

A direct red card for Mariusz Jurkiewicz in the middle of the half did not make things any better for Poland.  While Slovenia finished in second place, the Poles had to wait for the outcome of the following match between Germany and Egypt to find out, if they were in the quarter-final or not.

Slovenia did not finish any better than in eighth position in their previous two Olympic campaigns, but there is every indication that they will do better this time around.

Veselin Vujovic is just as controversial as he is charismatic, but the brilliant work with his Slovenian crew has to be acknowledged.  Slovenia will be a nasty opponent for any team in the knockout phase.

Poland has been just as much a negative surprise, as Slovenia has been a positive one.

After disappointing at European championship at home, in January, they seem to be heading for an “encore” performance in Rio.  At this point, it looks like Talant Duishebaev is only able to have success as a club coach.

With Kielce, he won the Champions League 2016, but he failed with the Hungarian national team at the European championship.  And now he seems to be heading for another failure with Poland, with a squad that appears to be unable making it any further than the quarter-final.

Other matches in Group B

When the two teams met in the eighth-final at the 2015 World Championship in Qatar, Germany won a low-scoring affair 23:16.

This time, the German victory was as decisive, and it was more than enough to secure the group win, while Egypt can book a flight home.

The match had no significance anymore, as Sweden were sure to finish last, while Brazil were just as certain  to end up in third place.

However, the Swedish crew was keen to hand Staffan Olsson and Ola Lindgren a victory in their last match as national coaches.  Mission accomplished.

As long as France were resting Nikola Karabatic and Thierry Omeyer on the bench, Denmark were able to establish a four-goal lead, but as soon as the French stars entered the court, France took the upper hand – as usual, when they meet Denmark.

With the win, “Les Experts” secured second place and a quarter-final against host Brazil, while Denmark can look forward to a knock-out match against Slovenia.

The Croatians continued to show impressive form, as they virtually swept the floor with a poor Tunisian team in the first half, soon robbing the Africans of their tiny hopes of a quarter-final appearance.

Without leaving a convincing impression, Qatar did what was expected of them and qualified for the quarter-final, winning against Argentina.

In  the quarter-finals we will see a remake of the World Championship 2015 quarter-final between Qatar and Germany.

In 2015, the host won  the encounter with some ”help” from the referees – a circumstance that will be remembered by Germany’s “Bad Boys”.   Expect more from coach Sigurdsson’s squad this time around.

Despite home court advantage, Brazil will not have a chance against France, while Croatia appears to be the favorite against a disappointing Polish team.

Finally, Denmark will face Slovenia – a blessing in disguise?