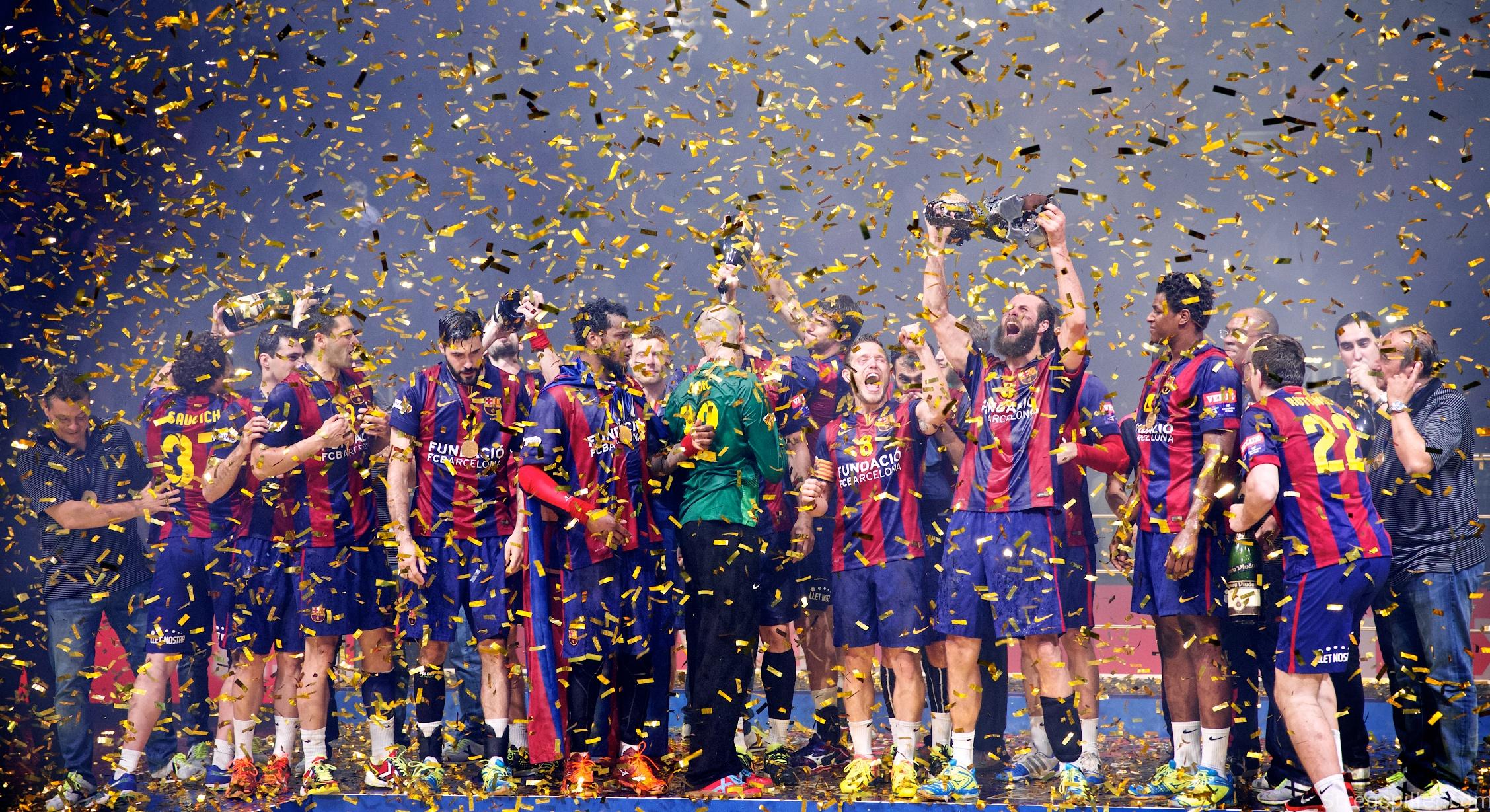 stregspiller.com MATCH OF THE WEEK – In Group A, Barca Lassa appear unstoppable.

Following their narrow opening defeat away against Rhein-Neckar Löwen, the Catalonian giant went on a winning streak and not even Vardar Skopje with the support of Jane Sandanski arena could pose a threat to Entrerrios & Co.

*The two teams were sharing the lead in Group A, with 10 points after six matches.

*Barca entered Jane Sandanski arena in Skopje with five straight Champions League victories, while Vardar got back on track with a 30:23 win at home against HC Meshkov Best a week ago.

*Vuko Borozan was back for Vardar, but the Macedonians were still missing goalkeeper, Daniel Gjorgjeski, and left back Sergeh Gorbok. Barca coach Xavi Pascual had his entire roster at his disposal.

The score was equal only once in the match, at 1:1.

Barcelona dominated the rest of the match in a way, rarely seen at Jane Sandanski. Vardar never found solutions to Barca´s solid defense nor did they have the means to stop their fast breaks.

Already seven minutes into the game did Vardar coach, Garcia Parrondo, find it necessary to call for timeout, as his team was trailing 4:1.

At first, the short break appeared to work. Vardar managed to cut the deficit (5:4), but they did not hang in for long.

Barca’s defense was too strong, too much of a challenge for the home team´s attack. No matter how enthusiastically the crowd supported their team, the visitors were in firm control.

A 5:4 was changed via 10:6 to 13:7 before Vardar recovered some ground, right before the second half, when they scored the last two goals before changing sides.

Stas Skube added a bit more speed to Vardar´s offense, and it helped –at least for a brief moment – when Kalifa Ghedbane succeeded Dejan Milosavljev in goal.

It was not enough, though, as Barca increased their pace as well. The visitors scored the first two goals after the break, and that was more than the squad from Skopje could handle.

For the rest of the match the two teams traded goals, while Barca maintained a five to six goal lead.

Only in the last few minutes did Vardar manage to put some cosmetics on the result, but not everyone at Jane Sandanski witnessed this last ditch effort. Some of the, otherwise loyal, spectators had already left the arena before the final buzzer.

Today, Barca took a major step towards winning Group A, recording their six consecutive victory sixth in the group phase.

Two of the three closest rivals for first place – Rhein-Neckar Löwen, Kielce and Vardar – will have to travel to Barcelona starting with a return match against Vardar this upcoming Saturday.