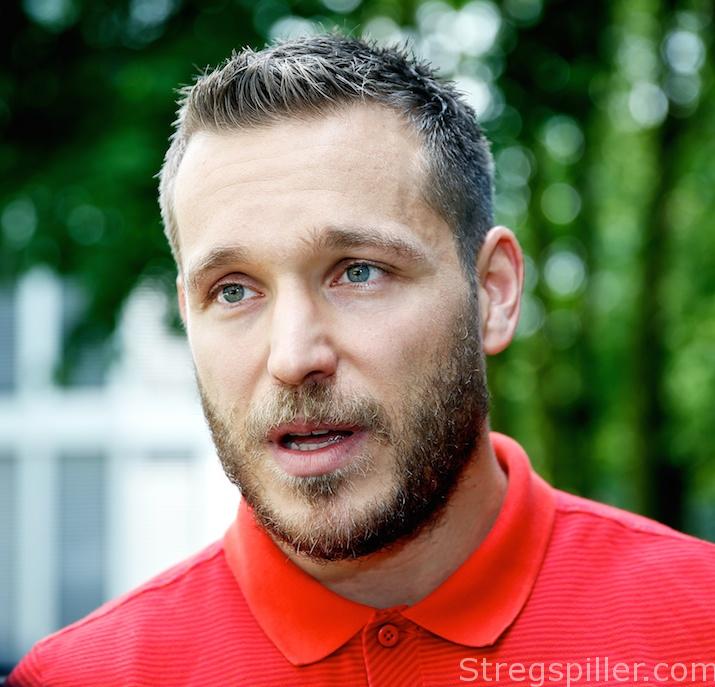 “Barcelona belong at the FINAL4”

Having won the Champions League twice already is not enough for Victor Tomas.

Of course, it is not. Any top athlete – in fact any competitive person – will always want more and having been there, on top of the podium, just makes them want to do it again.

It was also a huge disappointment for the 32-year-old right-winger when Barcelona missed the FINAL4 last year. An aggregate loss by two goals against Kiel, in the quarter-final, meant the end of the Catalan Champions League dreams that year.

“That makes it so much greater to be back at the FINAL4 once again.

“Last year, we got a reminder that reaching the FINAL4 is no a given thing, even when you are FC Barcelona.

“Apparently, we need such a reminder from time to time, as I think there should be no doubt that we ought to be here (in Cologne ed.) every year.

Barcelona belong to the FINAL4,” Victor Tomas tells stregspiller.com. He is one of those very few players who have stayed faithful to the same club throughout their career.

You could actually call him the “Francesco Totti” of handball.

“To me, there has really never been any other club than Barcelona,” Tomas simply says about his many years with the Catalans.

His long career with Barcelona also means that he has been to more “FINAL4´s” than most other players.

Actually the 2017 tournament is his sixth FINAL4.

“Every times is just as great as the first time, though.

“I can never get enough, when it comes to playing at the FINAL4,” claims the experienced Spanish international.

So, how does he see Barcelona´s chances now that they are back in Cologne?

“I think we are in for a difficult task at a FINAL4 contest, that may be the most equally matched we have ever seen.

“I think all three teams can beat each other.

“Some tend to see Paris as favorites, and of course, they have a great team, but we have seen so many surprises at FINAL4´s in the past that I think you should be careful to point out an obvious favorite.

“Personally, I would not be afraid of meeting them in the final, if both teams should make it that far – but then again, Barcelona should never fear any opponent.

“However, if we start thinking about the final even before having played the semi-final, we can be sure that there will be no final for us at all!

“We need to focus completely on the semi-final against Vardar.

“Although they are the underdogs, they are just as dangerous as any of the other two teams would have been.

“As I said, this is probably the most equally matched FINAL4 of all times, and we will undoubtedly have our hands full against Vardar.

“Actually, very small things will decide that match, I think.

“To us, it will be a matter of making our defense work and for our goalkeeper to provide a great performance.

“I think those factors will decide that semi-final,” says Victor Tomas.