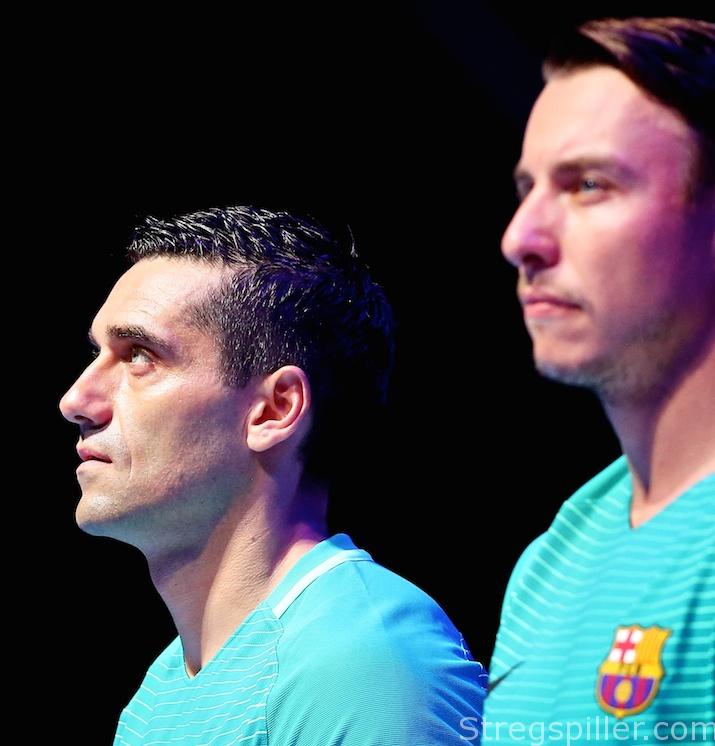 Earlier last month during the EHF Champions League FINAL4, in Cologne, mighty FC Barcelona found out – once again – more quality is needed to secure another triumph on Europe’s main handball stage. Although, the Catalans lost to the eventual winner, Vardar (Macedonia), only on a buzzer beater by Croatian Luka Cindric, it looked like something was missing.  Barcelona’s back-court, the center-piece of every successful team, just couldn’t get it done.

Youngsters like Wael Jallouz or Dika Mem still need time to develop, while veteran playmaker, Raul Entrerrios (35) is closing in on the end of his illustrious career.  Lasse Andersson, the young Dane, was still out with an injury, only Timothey N’guessan and Kiril Lazarov, the latter signed with French club Nantes, were up to the task.  Filip Jicha isn’t what he used to be, although several voices suggest he’s at 100 percent again.

Prior to the 2017/18 season the Spaniards made their first move to rejuvenate their roster, letting 36-year old, Danish line-player, Jesper Nøddesbo move back to his home country.  He played for the club for ten seasons, and his leadership qualities will be missed, for sure.  They also replaced Lazarov – who’s a weapon even at age 37 – by signing Slovenian, Jure Dolenec from Montpellier.  He will instantly change the dynamics on the offensive end, but will he be good enough to make the difference when the game is on the line?  And can he be a true leader?

That’s why – according to ongoing rumors – Barcelona continues to make moves, trying to convince Icelandic playmaker Aron Palmarsson to join the club as soon as possible.  Many say, they already convinced him.  “I’m still under contract for one more season,” said Palmarsson at the FINAL4, when asked about a possible move to the Blaugrana.  Obviously he didn’t confirm anything, but we have all heard such statements before and know what they mean.

Palmarsson likes the sea – hailing from Iceland and having spent various years in Kiel – he’s quite used to it.  Actually, one of the reasons he moved to Veszprem was to avoid the stress of the German league, only to find out that participating in SEHA League doesn’t make much of a difference.  Which leads me to another decision that the club from Catalonia is apparently contemplating – participating in the 2017/18 edition of SEHA League.  It comes at a time when Hungarian club Veszprem  may reconsider participation because of obligations in the domestic league?

From Barca’s point of view it absolutely makes sense to take part, as competition in Spain’s ASOBAL is non-existing.  Barcelona hasn’t lost a match in the domestic league in ages.  It would certainly improve their chances to be ready, both physically and mentally, by the time the next Champions League FINAL4 rolls around.  It would be good to face quality teams like Vardar, Celje, Zagreb or Brest more often and SEHA League would easily fill the void that Veszprem may leave?

It will be interesting to see if Barcelona does join the SEHA League and if so, how it will impact the competition in the ASOBAL.  And if such move will stop players like Palmarsson from signing with the Spanish handball powerhouse, as he already experienced the exhausting schedule of both the Champions- and the SEHA League.

One thing for sure, Barcelona will try to get back to the top of European club handball and Palmarsson would be a major help – sooner and later.