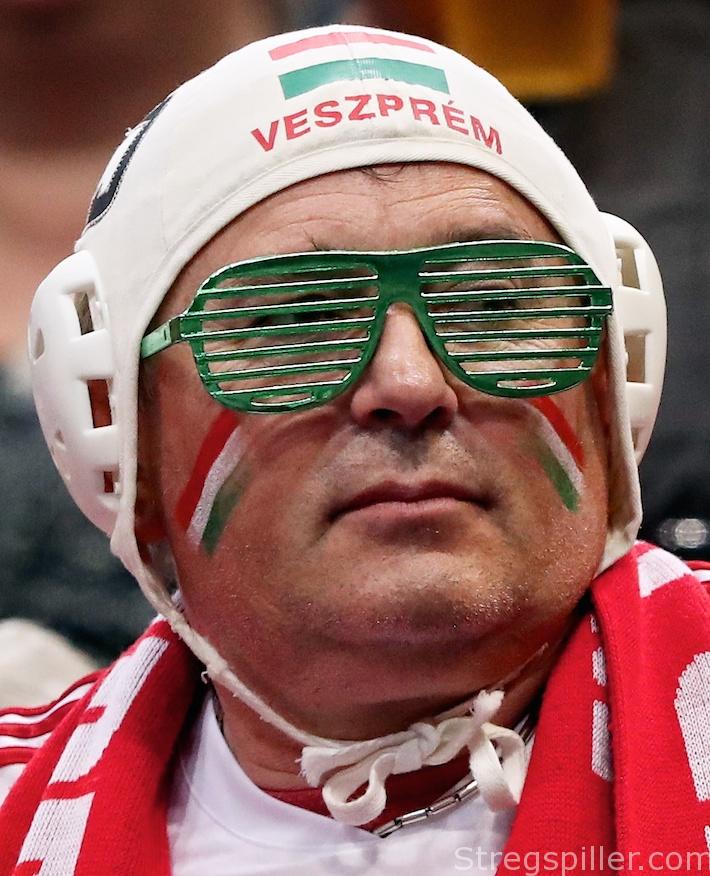 Courtesy of a 25:22 victory on the road against Veszprém, FC Barcelona took a major step toward winning the group and skipping the round of Last 16.

Barcelona were defending their first place in the group, with two points ahead of PSG, while Veszprém were trying to climb up the league table, sitting on 10 points.

Furthermore, Veszprém were looking to avenge a 23:26 defeat in Barcelona in their first meeting during the group phase.

Barcelona, on the other hand, were chasing their first win in Veszprém since May 1st, 2010.

For Veszprém’s right-back, Laszlo Nagy, the match was a reunion with his former club.  He represented Barcelona from 2001 to 2012.

After their first victory in Veszprém in nearly seven years, Barcelona took a giant step towards first place in the group.  It will allow them to skip the round of Last 16 and proceed directly to the quarter-final.

Very few teams win in Veszprém Arena, but a stellar second half performance of goalkeeper Borko Ristovski (Barcelona) played a decisive role in changing the course of the game.

Veszprém were still missing playmaker Aron Palmarsson due to injury, that already kept him out of the World Championship in France.

And Laszlo Nagy was the only left-hander on the Hungarian roster, with Marko Kopljar and Cabor Ancsin both watching from the stands.

Despite all these issues, Chema Rodriguez and Mate Lekai did well in the playmaker position, while Nagy did not seem to mind covering the right back position all by himself, scoring five goals in the first half.

In the beginning, both teams had their troubles when in attack, and it took about five minutes, before Barcelona’s right-wing, Victor Tomas, scored the first goal of the match.

But, it did not take Veszprém long to take the initiative.  Dragan Gajic needs to be mentioned, as he was on fire during this phase.

The Slovenian right wing scored five goals, several of them textbook shots.  The home team were leading by two or three goals most of the first half.

Barcelona had particular difficulties scoring from distance, yet the visitors staged a come back.

With three minutes left in the first half, Lasse Andersson proved his skills from distance.  At the time, Barcelona were two players less on the court, and Andersson brought his team back into the lead (13:12), before the host scored the last two goals before half time.

Veszprém continued to build narrow leads, but they never managed to get up by more than a couple of goals, unable to shake off their opponents.

At the same time Barcelona’s defense became better in containing Vesprém´s right side with Nagy and Gajic.  But the main reason, why the match changed was Borko Ristovski in goal of the Catalans.

The 34-year-old Macedonian – he had replaced Gonzalo Peres de Varga in Barcelona’s goal in the second half – delivered a fantastic performance and a saving percentage of no less than 56.

Ristovski was the decisive factor, when Barcelona changed a 17:15 Veszprém lead into a 22:18 advantage for his team.

Another Macedonian also played an important part in this phase of the game.

Kirl Lazarov certainly did not have much success with his shots this Saturday in Hungary, but his two goals in the match became crucial.  He first scored the equalizer (17:17) before putting Barcelona in the lead shortly thereafter.

Being four goals up with 10 minutes left, Barcelona did not falter, even though Veszprém managed to claw back  at 22:24.  Barcelona finished the match with one player less on the field, without running into further trouble.

I have asked the question before: “Can you become Man of the Match in one half?’

In the case of Borko Ristovski, I must say: Yes – you can.  The performance of the Macedonian veteran during the second half was brilliant, even spectacular at times and certainly deciding the game in Barcelona’s favor.

Aside of Ristovski’s many outstanding saves, it must be said that coach Pascual adjusted the left side of his defense formation successfully – effectively covering Nagy and Gajic who were Veszprém’s dominating forces before the break.

After winning the most difficult road game, Barcelona are the number one favorite to win Group A.

Leading PSG by two points and playing the return game against the French at home, the Catalans are in a comfortable position.

Barcelona’s next assignment will be much easier, when they will be visiting Kadetten Schaffhausen on Thursday.

Veszprém will also reach the knockout phase, of course, but they are now down in fourth place, and they are likely to end up battling with Kiel and Flensburg for best position. They will play in Kiel on Wednesday already.

Other Matches in Group 1

Without Niklas Landin – he injured his thumb in training during the week – THW Kiel booked the expected road win against Kadetten Schaffhausen.

Encountering some problems along the way, eventually Kiel won 30:25, while PSG overcame Bjerringbro-Silkeborg (32:27).

Sunday at 17:30 hrs. Wisla Plock and Flensburg will conclude this weekend´s Champions League round.