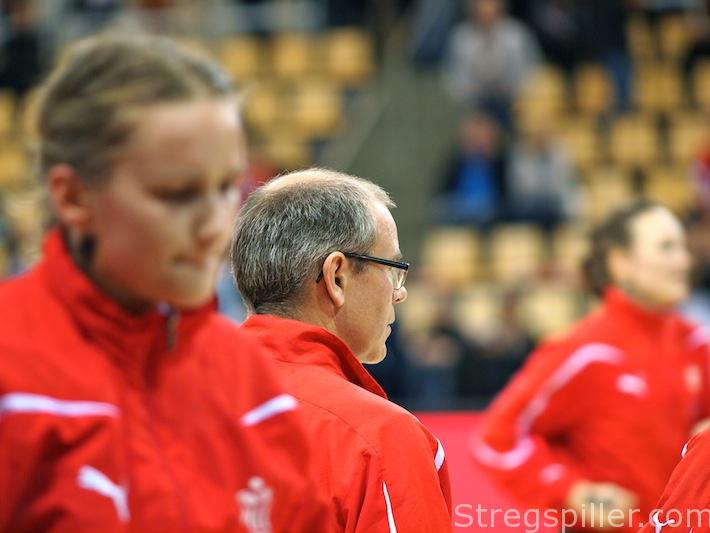 Who Is The Best Danish Coach At World Cup 2013?

The World Cup 2013 in Serbia has concluded Group play and teams are in the midst of preparing for the first elimination round beginning this weekend.  Of all nations that were mentioned as potential medal contenders at the outset of the tournament only the Danish squad has yet to demonstrate that they can hang with the best.  In the narrow loss against host Serbia Jan Pytlick’s troop forgot how to score in the last 10+ minutes of the match and in the crucial game with Brazil they never recovered from a poor start.  While TV2’s handball expert Jesper Jensen is suggesting adding Camilla Dalby to the roster another Danish handball legend – Anja Andersen – is more concerned with the hectic coaching style of Pylick and his assistant Ulrik Kirkely implying that more capable leadership maybe needed.

Indeed the other Danish coaches at the helm of Brazil (Morten Soubak) and Germany (Heine Jensen) are the one’s that have positively surprised and not lost a single game yet.  Chances are good that the two handball instructors will maintain their clean record past the eighth-final.  Even Kim Rasmussen – the fourth Dane – who is leading Poland’s handball players has a fighting chance when his team confronts Romania on Sunday.

Many handball fans have expected more from this talented and ambitious group of athletes and their coach.  A Danish win over Montenegro may serve as redemption from the disappointing performances so far in World Cup 2013 and instill new confidence in “Mulle” Kristiansen & Co.  A loss however may very well trigger a larger debate if Jan Pytlick is still the right leader for Denmark’s national team.