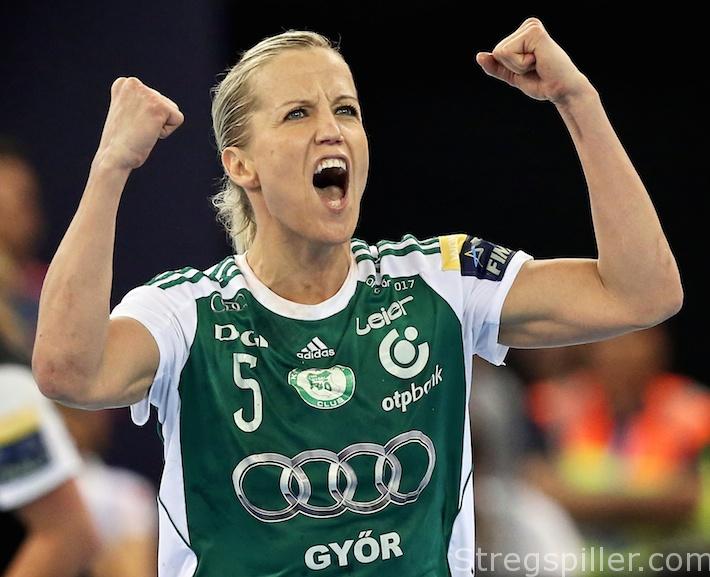 The biggest one of all favorites

We finish our look at Group C with one of the biggest favorites to win the 2016/17 Women´s Champions League.  Gyor, who came so close to victory last season, has become even stronger in the meantime and look like the hottest candidate amongst all the contenders?

Can anyone point out a weak spot in the current Gyor team?  No?  Well, there is none.  Gyor Audi ETO KC, has taken strong measures after two consecutive years not winning the Champions League.

In Gyor and amongst their numerous fans, the disappointment was huge at Papp Lászlo Arena in Budapest late in the afternoon on Sunday May 8 of this year.

The club had just lost the Champions League final against CSM Bucuresti in a penalty contest after two extra times.

29:26 looks like a clear result at first sight, but in this case, the final digits don’t to justice to this particular game.  It was a thrilling nail-biter in women´s top handball – possibly for years to come.  In the end, the difference between the two squads could only be attributed to the mental toughness of CSM’s players.

It took some time for Gyor to recover from this disappointment, but there is no doubt that the ambitious Hungarians are yearning for revenge this season – and they have good reasons.

Everybody talks about Nora Mørk

Gyor players will feel the pressure that everyone is expecting them to take the trophy this season – but then again, they should be experienced enough to deal with the stress.  Meanwhile, coach Ambros Martín will split his focus between his crew in Gyor and his new job as national coach of Romania.

The main reason why everyone – or almost everyone – expects Gyor to win the Champions League in the spring of 2017 has a name – Nora Mørk.

Rightfully so, supporters and experts alike see the arrival of the 25-year-old Norwegian international as the deciding factor that will send Gyor to the top of the podium in Budapest next May.

That’s a heavy burden, the 167 cm right back has to shoulder, but as she told me recently, she is best under pressure.  She will take every opportunity to fulfill the expectation in her and the team.

However, there are other valid reasons, aside from Mørk, to expect Gyor going all the way in the Champions League this season.

Left-back Zsuzsanna Tomori is back from a long injury break, and so is the talented playmaker Gabrielle Toth.

Furthermore, Dutch internationals Nycke Groot and Yvette Broch enjoyed a year when both became better integrated in the team, and (former?) super star Anita Görbicz is still there.

Gyor are going to make it all the way to the FINAL4 – it’s a given.

Actually, we could have picked almost each individual from the team when choosing players worth watching in Gyor, but we cannot avoid mentioning Nora Mørk, of course.

The 25-year-old Norwegian international is seen as the X-factor that will make the difference between the Gyor and the competition.

If you could talk about one soft spot in Gyor’s squad of last year, it was the right-back position.  Currently, being best player in the world covering that position, Nora Mørk has definitely filled the void.  Having adjusted to her new teammates quickly, we have every right to expect big things from her in the green jersey!

Nora Mørk may become even better playing alongside Nycke Groot.  The 28-year-old Dutch international was one of Gyor´s best and most consistent players last year and now, in her second season at the Hungarian club, she is likely to function even better as a play maker.

Speaking of line players, I never get tired of looking at Heidi Løke.  At the age of 33, she is still among the absolutely best pivots in the world – maybe still THE best!

Her physical strength combined with her ability to create space for herself as well as for her teammates, paired with her enormous will to win are qualities that make her unique.  Get the ball to Løke, and you can be assured that the ball is in good hands.