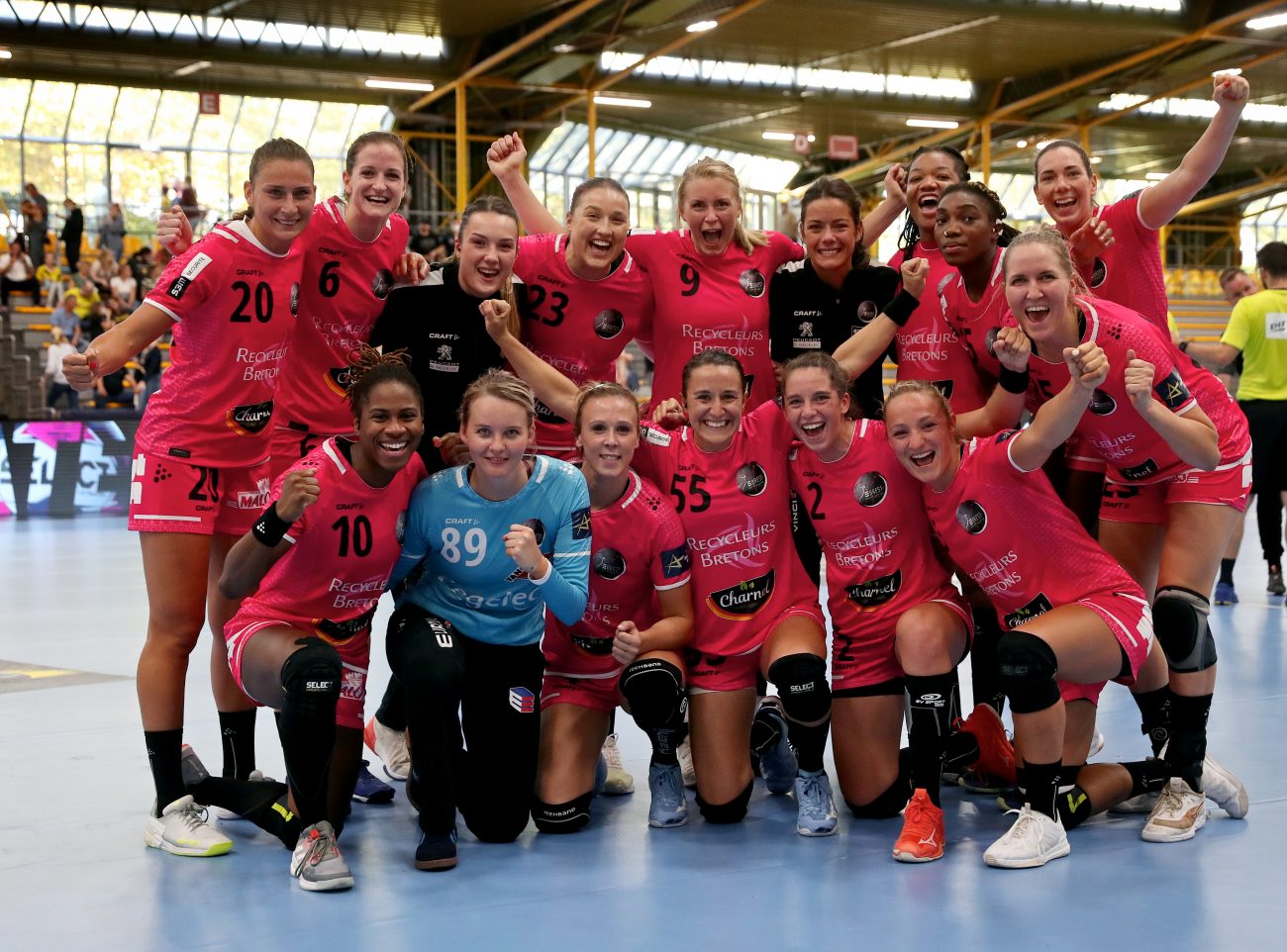 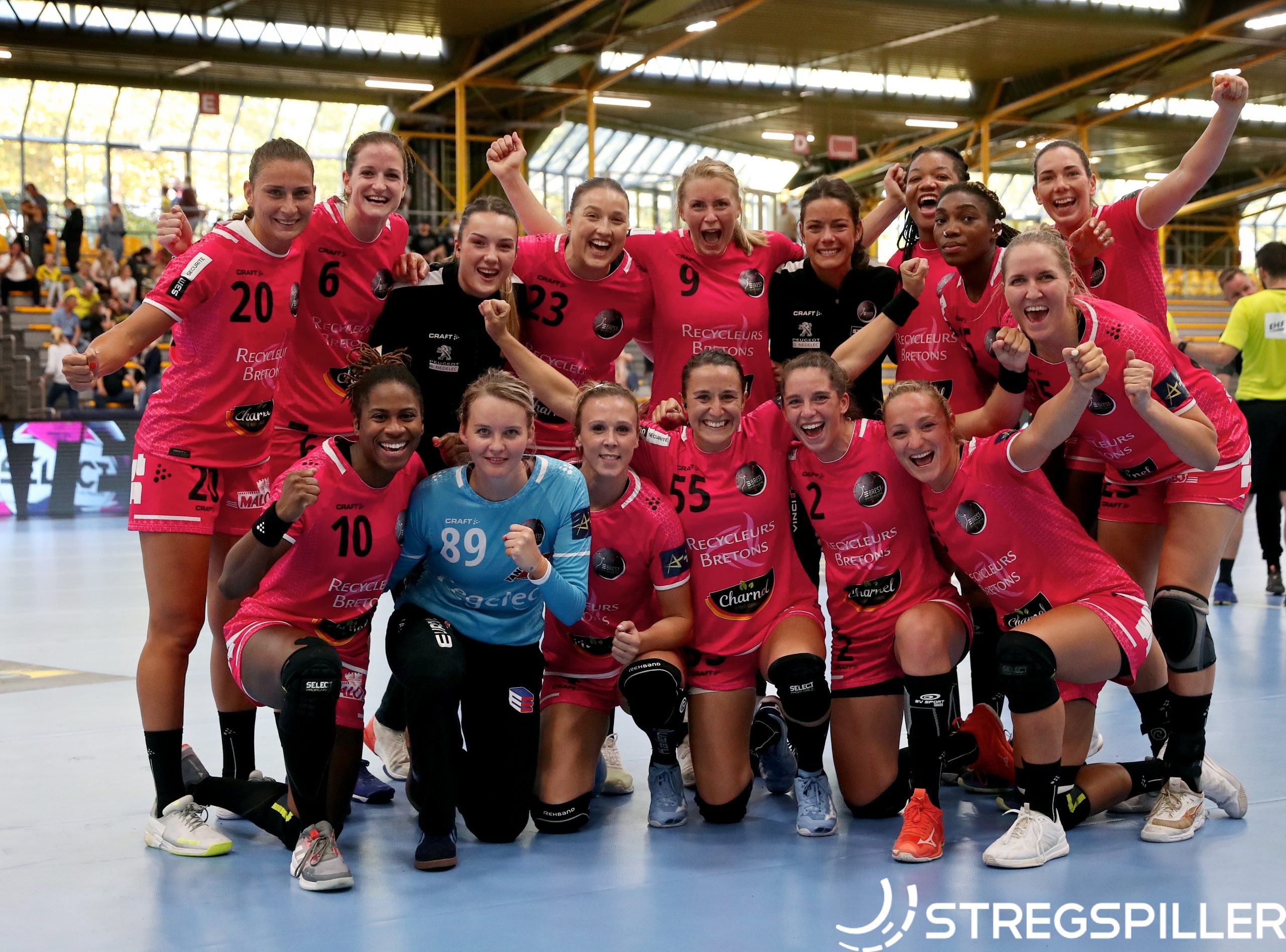 This is certainly not what BV Borussia 09 Dortmund would have been daydreaming about ahead of their first home match in the DELO EHF Champions League.

The German club were swiftly and convincingly swept aside on Sunday, losing 41:29 to a Brest Bretagne team on a mission to avenge the cruel and early end to last season.

Dortmund were looking forward to their very first home match in the competition and buoyed by a decent performance in their defeat in round 1 last week to Odense, were clearly motivated to challenge Brest.

Their guests from France, however, launched their quest to reach Budapest in style last weekend with a confident seven-goal win over Ramnicu Valcea and entered this contest as the clear favourites.

Despite being the favourites, few would have expected Brest to dominate quite so convincingly. After racing into an early five-goal lead, Laurent Bezeau’s team never looked back, relentlessly hammering Borussia’s defence en route to becoming the second team this season to break the 40-goal barrier.

Borussia Dortmund’s defence needed to produce something special today if they were to stand a chance. Alas, the scoreline speaks for itself and Brest enjoyed a field day in front of goal.

Coach André Fuhr attempted to stifle the opposition’s flow by playing Kelly Dulfer at the top of a 5:1 defence, but that did not hinder Bella Gulldén’s ability to spray the ball around and allow her back court to do the damage with more space to work with. The damage was well and truly done with 23 goals conceded in the first half.

It was not easy to single out one player on the Brest side today as everyone played their part with 12 players scoring two goals or more.

However, Ana Gros gets the nod from me today as she proved almost completely unstoppable. The 29-year-old right back set the tone with three early goals and continued to fire in shots when necessary. Gros is also admired for her assist giving and she helped produce the highlight of the match with a beautifully weighted in-flight pass to right wing Pauline Coatanea in the 43rd minute.

Typically when you see a scoreline like this, you notice that the winning team seriously restricted their opponent’s shooting and forced a number of turnovers, but that was not the case here.

Dortmund actually took 60 shots compared to Brest’s 59 and shooting efficiency is the key disparity here as Borussia converted a mere 48% of their shots while Brest put away 69% of theirs.

In the second half of the game Dortmund’s playmaker, Delaila Amega, had to leave the pitch with what looked like a severe knee injury.

Did the win come easier than you anticipated?

AG:  Actually, yes.  In the beginning it was harder because we knew we would have to run a lot.  Dortmund is a team that can play a very fast handball.  But, we showed a good game on both ends of the court. All in all it was a good match for us.

Last season Brest had already assembled a very capable team, ready to go all the way to the FINAL4 in Budapest – how does the current squad compare?

AG:  Correct – last year we had a very strong team and this year we may look even stronger on paper.  The quality of our team means nothing until we prove it on the court.  The new girls adapted very well but at this point of the season we still have a lot of work to do.  For now, it works well, but as I said, we have to get better step by step.

It still is very early in the season – which teams have surprised you the most thus far?

AG:  To me Moscow taking a point from Gyor last weekend came as a big surprise and, of course, yesterday when Krim collected a point against Rostov.  In Rostov it’s almost impossible to win.  And, Buducnost – it’s a new team and they have not played together for a long time.  But, we will see many more surprises this season, for sure.

How do you sum up the first DELO EHF Champions League match on home court against Brest?

KD:  It’s not what we expected – losing by such a wide margin is not acceptable.

Did you expect such a strong opponent?

KD:  Yes, we did, but today we just showed a poor performance and that’s why we lost by as much as we did.

Looking ahead to the next Champions League matches what needs to change?

KD:  We need to play a bit smarter, but first I would to like review this game today, one more time.  In any event, we have to step up our performance.

Borussia must take these harsh lessons to heart and work on the few bright spots they saw today before a crucial match in round 3 next week. The debutants travel to Croatia to face HC Podravka Vegeta, a side which were beaten even worse this weekend – 43:28 against Györ.

And it is Györ who are up next for Brest in a mouth-watering clash next week. Last season, Györ won this fixture by a single goal in the main round, following a drawn match in Györ, and everything points towards another gripping battle on 27 September.