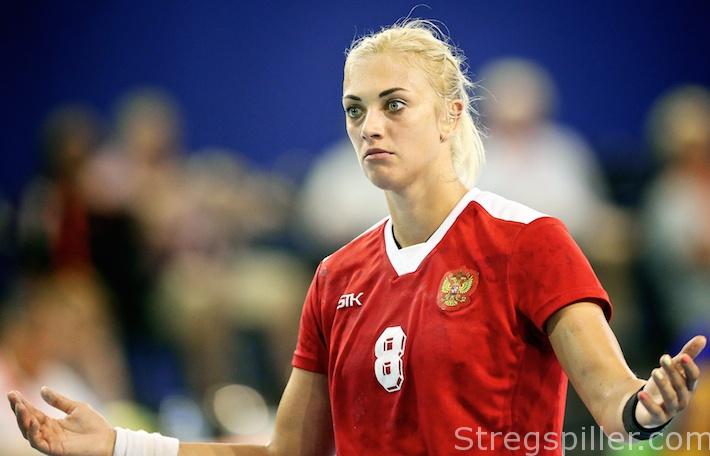 The Netherlands´ Olympic debut was a disappointment for the runners-up of the 2015 World Championship, who lost against France, while Bojana Popovic´s comeback for Montenegro was spoiled by an eager Spanish team.

No handball fan in either of the two countries had forgotten the quarter-final of the 2012 London Olympics, when Brazil were leading for the 47 minutes before Norway made an impressive comeback, winning 21:19.  As we all know by now, the Norwegians went on to win the gold medal.

At the time, the match was a clash of Nordic handball philosophy with Icelandic, Thorir Hergeirsson, as Norway’s coach on the one side and Danish leader, Morten Soubak, in charge of Brazil.

Norway were missing right back Linn Jørum Sulland because of injury, but on the positive side, Hergeirsson could welcome Larvik’s line player Marit Malm Frafjord as reinforcement, in defense in particular.

We did not see seven-against-six in the first 30 minutes of the Olympic tournament.  But we saw lots of six-against-six during suspension periods, as the Czech referees were extremely keen in handing out two-minute penalties.

It cost Brazil no less than five suspensions in the first half, and it was particularly perilous, when defense specialist, Fabiana Diniz, collected a red card after her third suspension with 41 more minutes to play for.

Norway came back before half time but Brazil had completely dominated the opening period.  A deep sitting Brazilian defense seemed to have surprised the Norwegian players who were surprisingly ineffective for large parts of the first half.

On the other end of the court, Norway’s defense had huge problems with Eduarda Amorim, who probably showed her best performance in the national uniform after her return from a cruciate ligament injury.

Not only was the tall Gyor left-back good at seeking her own chances, but the passes to her teammates were brilliant as well – some of them nearly being out of this world.

Despite a weak performance by Kari Aalvik Grimsbø in goal, Norway managed to come back from an 11:6 deficit to only trailing one goal at half time.

Norway opened the remaining 30 minutes by catching up, and Amanda Kurtovic scored the equalizer at 18:18 – six minutes after the break.

However, those who expected Norway to push through, as they so often do were proven wrong.  Mayssa Pessoa replaced Barbara Arenhart in the Brazilian goal – the decision turned out to be one of several clever moves from coach Soubak.

Time and again did Pessoa deny the Norwegian shooters from virtually all positions, and in attack, Amorim and Ana Paula Rodrigues continued to cause havoc.

Midway through the second half, Hergeirsson finally replaced a hapless Grimsbø with Katrine Lunde, but it was not nearly enough to stop a Brazilian crew that was on fire, spurred on by a noisy crowd in the Future Arena.

The even score soon turned into a Brazilian six-goal lead – 27:21 – Norway’s goals towards the end of the match were only of cosmetic significance.

The award goes to Eduarda Amorim.  The 29-year-old, versatile back court player from Gyor played an enormous part in Brazil’s triumph on opening day.

Her teammate, Ana Paula Rodrigues followed closely behind.  Rostov-Don can really look forward to next season, to the abilities of this elegant and hard-shooting center-back.

Rodrigues hit the Norwegian net 11 times this Saturday afternoon, and it was quite understandable when the spectators in Future Arena held their breath, as she limped off the court, apparently injured, 13 minutes into the second half.  But much to the relief of the many Brazilian fans did she return to the pitch a few minutes later, continuing her efficient shooting.

Brazil is back at the level that took them to a World championship in Serbia in 2013.  Supported by a vociferous home crowd in the Future Arena, they are definitely contenders for the gold medal.

Their biggest handicap is their dependence on very few players, especially in the back court line.  In the Norwegian camp, there should be concern, though no panic following the defeat in the first match of the tournament.

At the 2012 Olympics, Norway only won two of their preliminary matches and they reached the quarter-final from fourth position – yet, they managed to win the gold medal in the end.

What might be cause for more worries, was a surprising passive Thorir Hergeirsson on the bench.  He waited much too long to replace Kari Aalvik Grimsbø, even though it was obvious that she did not have one of her best days in goal.

Furthermore, he did not try a more aggressive defense formation in an attempt to change the rhythm of the game when his team was down by five goals in the first half.

It also came as a surprise that he did not try to play seven-against-six, as Brazil went up by six goals in the second half.

Bojana Popovic´s comeback after four years of absence from the pitch had been anticipated with particular excitement.

In Montenegro´test matches ahead of the tournament, we had gotten a taste of the old Popovic, but we did not see much of that in Montenegro´s opening game in Rio.

The 36-year-old, former world star did not manage to add much to a surprisingly benign and tame Montenegrin team that was run-over by an eager Spanish squad, leading all the way.

Angola pulled out a sensation on day one of the competition winning against Romania; the team that earned the bronze medal at the World Championship, in Denmark back in December.

It took Romania almost ten minutes to score their first goal, but once Cristina Neagu had reduced a 1:3 deficit on a penalty, it only took the Romanians another minute to equalize at 3:3.

At this point, people probably expected the favorites to control the game for the remaining 50 minutes, but the opposite happened.

Romanian had ongoing problems with Angola´s aggressive and very flexible 3-2-1 defense and with the Africans´ fast and versatile play of attack.

Angola took another three-goal lead at 9:6, and with two goals up at half time, they continued to improve and built their advantage via 16:11 and 22:17.

Veteran goalkeeper Paula Ungureanu and world star Cristina Neagu did their best, trying to keep their team in the game, but all of their efforts were in vain.

The Netherlands´ first Olympic match ever, did not turn into a memorable one.  When the two teams qualified back in March, the Netherlands won the group ahead of France, but this time, the French women left no doubt who would enjoy the advantage in the end.

The Netherlands had tremendous scoring problems against a strong French defense system – testament to the return of Olivier Krumbholz as national coach.

Alison Pineau & Co. were leading 10:4, before the runners-up from the 2015 World Championship finally got into a low-scoring game.

Despite equalizing the score at 12:12 (Estavana Polman), midway through the second half, the Netherlands were unable to turn the match.  And instead of a Dutch comeback, France were able to get five goals ahead towards the end of the affair.

As usual it was exciting to see what South Korea would come up with at the Olympic tournament.  In their opening match in Rio, they showed a lot of speed and technical skill, but lack of staying power.

Following a tight first half, the Koreans seemed to be steamrolling the Russian squad from the start of the second period, leading 19:12 and 20:13.

But all that coach Evegenij Trefilov needed to do, to turn the game in Russia’s favor was pulling back an otherwise aggressive defense.  His tactical move was not only enough to catch up with the representative from Asia, the decision led to a clear victory. Russia outscored South Korea in the final 24 minutes 17:5!

As one of the few favorites on the first match day, Sweden lived up to the expectations, and their new coach Henrik Signell collected the expected victory in his first competitive match in charge of Tre Kronor.