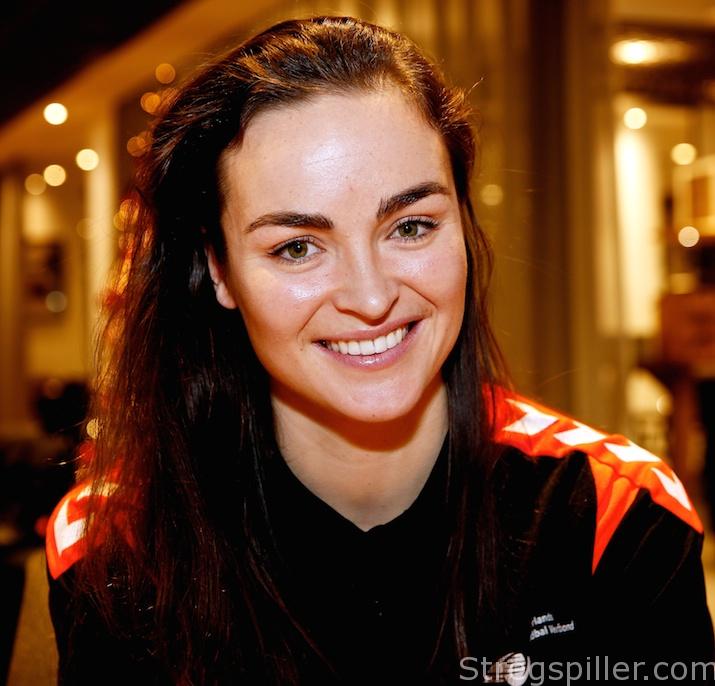 Let’s make it short, Yvette Broch can’t wait for the match against Germany. Bring it on – and read what the Dutch line-player had to say about her personal development, the form of her team and the key game on Friday evening in Group D at the 2017 World Cup.

Let’s talk about the role you have taken lately. I think you already made a huge step forward in Györ last year, and even more so this season. You are also more involved in offense and you have become a true team leader.  Do you agree?

YB: I don’t know – I think everybody takes her own role. In the end we all lead together, every single one of us. I feel like I’m more confident since last year. And I believe one reason is that I have played a lot of games on a high level. It gives me faith to play these kind of games at a World championship.

I think you improved drastically in offense, you seem to be more involved…

YB: Yes, I think so. During my first year in Györ, I played mostly in defense. Now, I also get my minutes in the attack. For sure, playing more offense in your club make’s you better and better.

I just talked to your teammate, Lois Abbingh, some minutes ago and I said that you are around the 80 percent level as a team, right now, because my expectations are so high.  She replied that it’s maybe even less than 80 percent. What do you say?

YB: I agree, we didn’t show what we can do thus far. I think we made a big step forward against Serbia. We played well, we created a lot of chances. Sure, we missed some opportunities to score, but at least we created them. Actually, I felt okay after that game.

Do you have any idea why it didn’t work out so well in the first few games? I think – you as a player may deny it – it could be the pressure? There’s a lot of Dutch media here – you are a two-time finalist at big tournaments, so people have high expectations this time around.

YB: That’s true, media in the Netherlands has put some pressure on our team. But I think we handle it quite well. We spoke within the team, the players, the coaches, about what we expect from ourselves. It’s just the media that puts the pressure…

YB: Hahaha! …it’s not us who creates the pressure. I think we also had some difficult teams to play against. Like South Korea or Cameroon, even China – it’s not easy to play against these kind of teams.  As I said, every match is fun, it’s fun to be here. These games are part of the tournament and it’s more important to win.

What’s most important against Germany?

YB: I watched some games of Germany and they are playing well, their defense is very strong. We have to come with a lot of speed. I think it’s going to be a really nice game, two good teams – so bring it on!

It seems like all of you are very much looking forward to this match against the host nation?

YB: To play games on such a level is just great, I can’t wait for it to start.