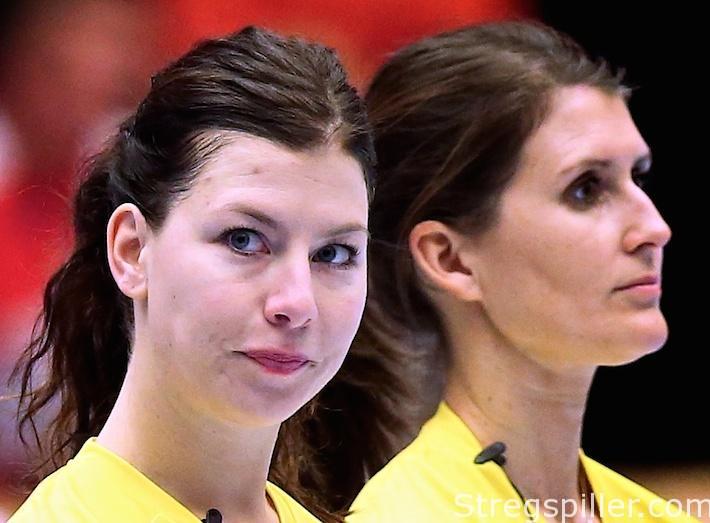 Buducnost gave back a six-goal lead and was close to losing another big advantage, but managed to defeat Gyor in the EHF Champions League Match of the Week.

The match was the battle for first place in Group 2 of the main round.  With 11 points on account, both teams were already through to the quarter-finals, therefore the game was mainly about getting as good a position as possible and getting the mental upper hand, in case of an encore meeting at the FINAL4, later in the year.

Gyor had won the first encounter between the two ambitious clubs.  On January 9th, the Hungarian side won 22:20 at home – Buducnost was seeking revenge.  The pride of Podgorica, was missing right-wing Radmilla Petrovic, while Gyor was without their long-term injured key players Anita Görbicz and Zsuzsanna Tomori.

Now, Buducnost is the sole leader in Group 2 and the Montenegrins are likely to keep the position, as they are not only two points ahead of Gyor, but also the better team when comparing the face-to-face results of the two handball giants.  The fact that the going was tough in Moraca Hall, on this Sunday evening was obvious when looking at a very visible black, left eye of Buducnost´s Romanian star Cristina Neagu.

Buducnost dominated the affair from the start.  5,000 frenetic Montenegrin spectators – minus a couple of hundred Gyor fans – could celebrate an almost impenetrable Buducnost defense.  It made it virtually impossible for the visitors to score.

Gyor needed six plus minutes to score their first goal of the match and when they finally succeeded in getting the ball past Croatian goalkeeper Marta Zderic, it had to be through a penalty shot, courtesy of Linn Jørum Sulland.

The home team continued to dominate the first 15 minutes and went ahead 8:2 – but then, it was their turn to have scoring problems.  Buducnost began to feel Gyor´s aggressive defense – a 4-2 formation most of the time.  And on the other end of the court the guests found ways to get the ball past Zderic.  While only scoring two goals within the first 15 minutes, Gyor put 10 points on the board during the remainder.  Heidi Løke drew even for the first time (9:9), and a superb Eduarda Amorim gave the visitors their first lead at 10:9, before settling for half time.

Buducnost started the second half, as they did in the first 30 minutes.  Gyor managed to follow them all the way to 14:14, but then the hosts ran off and increased the margin of difference to 20:14 – an excellent Marta Zderic had much to do with it.

But Gyor dug in and came back once again, nibbling on Buducnost’s six-goal lead for the second time in the game.  The former Champions League winner got as close as being one goal down at 21:20, but when Dragana Cvijic made it 24:21 with barley two minutes left, the match was decided.

It’s no exaggeration when stating that Marta Zderic won the match for Buducnost.  Eventually, her many outstanding saves translated to a rate of 42% – the 25-year-old Croatian shot stopper played a most critical part in the Montenegrin victory.

Refereeing a match in front of 5,000 enthusiastic – or let’s say fanatic – spectators in Moraca Hall certainly is not a walk in the park.  Therefore, it’s worth mentioning that the two young Norwegian referees, Kjersti Arntsen and Guru Røen did a great job.  Of course, they did not avoid making mistakes.  If they had done so, they would not be human.  However, they managed to lead a difficult game in a hectic atmosphere in an admirable way.

With the win, Buducnost is on top of Group 2 – most likely for good.  This means that the ruling Champions League winner would meet the fourth best squad of Group 1 in the quarter-final.

At the moment, the candidates are FTC-Rail Cargo Hungaria, Larvik, Baia Mare or Fleury.  All of those teams seem to be troublesome opponents in a possible quarter-final encounter, but Buducnost would benefit from having home court advantage in the second leg.

Gyor’s prospects look similar, as they will be running into one of the aforementioned teams of Group 1 as well.  It begs the question, how big an advantage a group win will be after all?