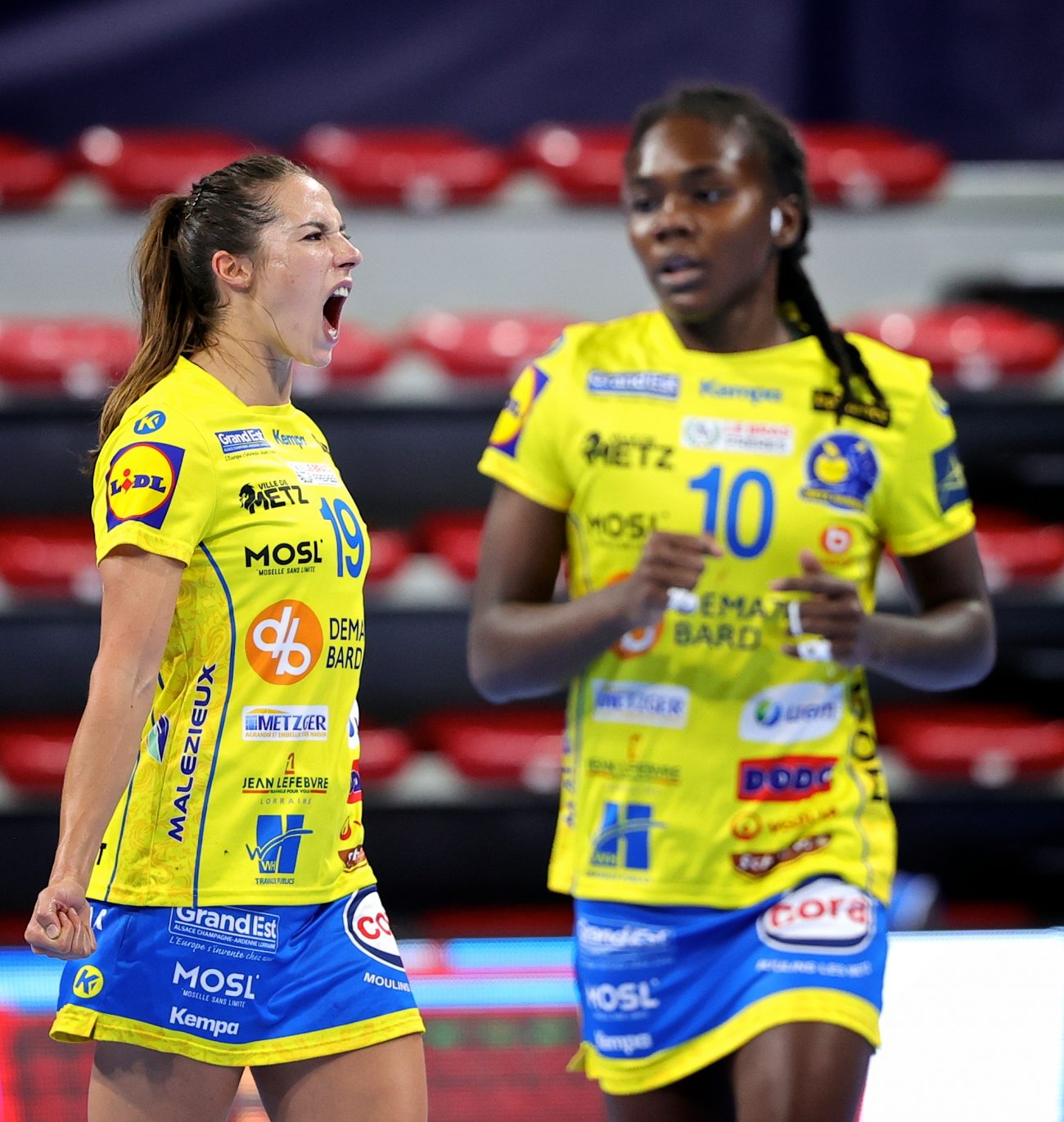 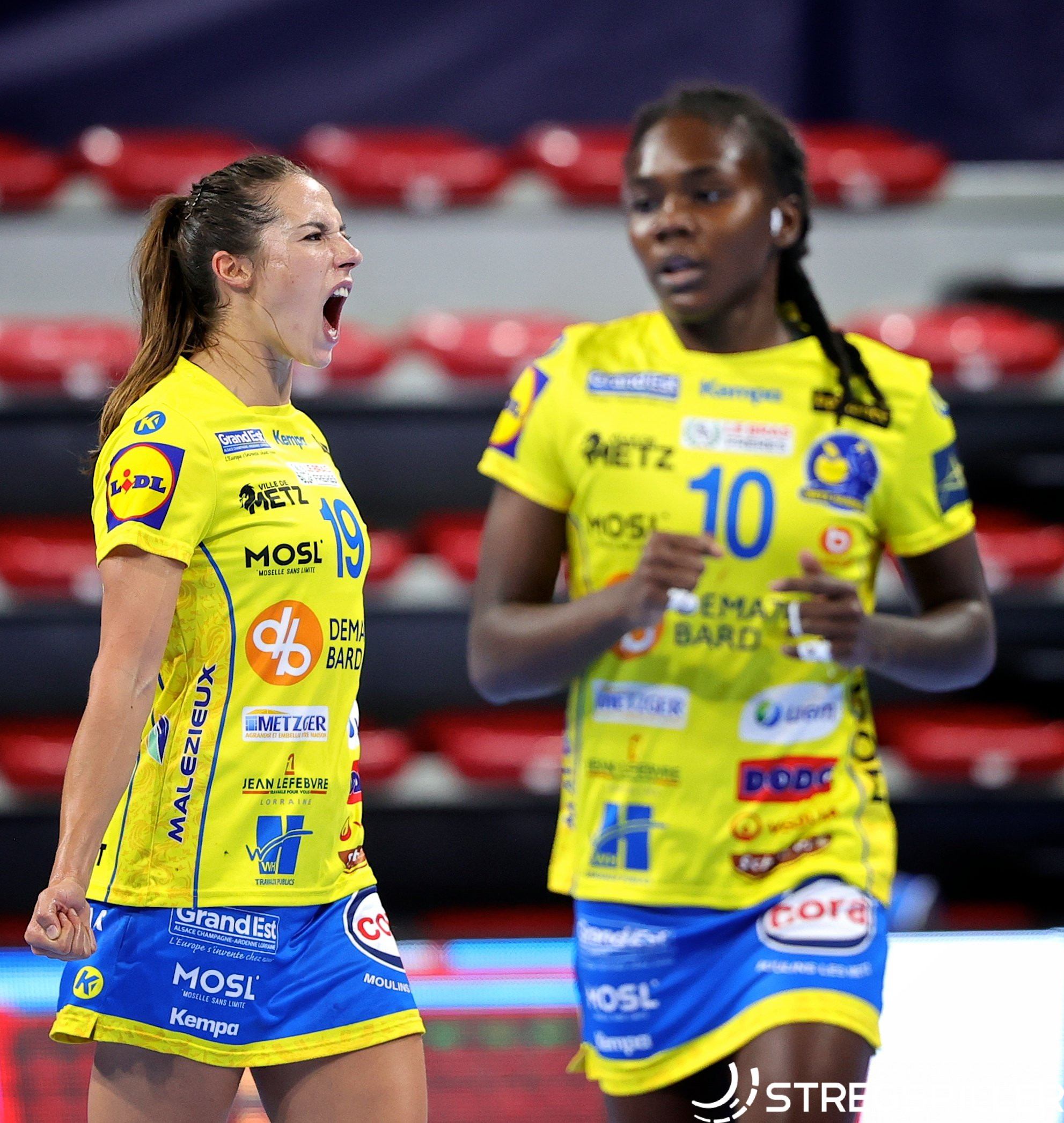 Metz remain unbeaten in the 2021/22 DELO EHF Champions League season courtesy of Louise Burgaard’s buzzer beating goal.  Both teams trailed each other closely for most of the match before the French champions enjoyed the better end.

Meline Nocandy (8) and Debbie Bont (5) stood out for Metz and so did Krim’s Alison Pineau (7) and Barbara Arenhart in goal (31% saves).

Metz had the better start to the game and led 3:2 after five minutes before a series of well-taken 7-meter penalty shots by Alison Pineau changed the course of action.

Several turnovers and ill-advised shots allowed Krim’s goalkeeper, Barbara Arenhart to get on the scoreboard not once but three times, extending the lead to three for the Slovenian team.

Midway through the half Krim opened the door for the French record champions when they found themselves with only three field players on the pitch, but the squad of head coach Emmanuel Mayonnade could not take advantage. His team continued to operate too close to Krim’s defense formation too often.

For the better part of the second half highlights remained far and few. After Tamara Horacek tied the score both teams trailed each other closely all the way to a dramatic finish.

On the other side of the court, Alison Pineau missed her first penalty shot of the game, hitting the crossbar, while N’gouan (Metz) and Stanko (Krim) failed to score as well.

With 40 seconds on the clock, Metz was in possession of the ball, allowing a last timeout for coach Mayonnade and to design a final play. Right-back, Louise Burgaard, took full advantage as her powerful jump shot hit the back of the net four seconds before time.

It wasn’t much that separated the two teams at Stozice arena in Ljubljana on this Saturday afternoon.  In fact, three goals scored by Krim’s goalkeeper, Barbara Arenhart, into an empty net explained the difference in the first half of the match – a circumstance that would not repeat itself.

Both squads found it difficult to open a gap as the game went on and a 3:2 run in the final ten minutes of the affair was enough to tilt the score in favor of Metz.

The third victory for Metz in the still young 2021/22 DELO EHF Champions League season sets up what promises to be a thrilling match between the unbeaten front runners in Group B next weekend, when Gyor visit Les Arenes.

Krim will face the Danish champions in Odense next Sunday.