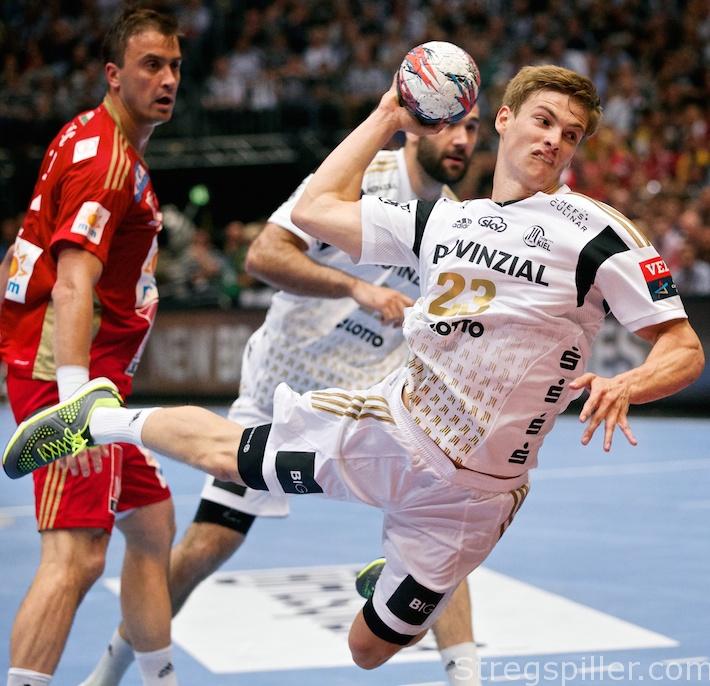 Can Anyone Rock The Eiffel Tower?

Column/Preview – Despite being FINAL4 debutants, Paris Saint-Germain have a very good chance to be the first French team in 13 years to win the Champions League.

In fact, it is hard to see which of the other three teams in Cologne can rock the Eiffel Tower!

While CSM Bucuresti were the big winner at the Women´s Champions League FINAL4 a bit more than a fortnight ago, there were several losers as well.

Gyor – of course – the “home team” that lost the final to CSM following a dramatic penalty shootout after leading by two goals twice during extra-time. Who can imagine a more bitter way to lose a final?

Then there was Buducnost who dropped to fourth place after winning the tournament last year.

And then, there was me!

As people may – unfortunately – recall, I predicted Buducnost to win the final match against CSM, with Gyor finishing third ahead of Vardar.

Well, I was right about one thing – CSM reaching the final.

It may speak a bit more in my favor, that as soon as CSM had won the semi-final against Vardar, I began telling everyone who bothered listening, that the Romanian side was also going to take the title.

All in all, however, my predictions ahead of the event in Budapest turned out to be humiliatingly far from reality.

In the future, I could, of course, say it like Günther Netzer.

Whenever the former football World champion makes an appearance as expert on German TV, he is sometimes asked to predict the outcome of a game.  His standard response is: “I am an analysist, not a fortune teller!”

Still, I am bold and adventurous – some might say daring – enough to have another try ahead of the Men´s FINAL4 in Cologne this coming weekend.

In short: Paris is going to win!

No doubt, we are in for an extremely close FINAL4 competition with four international top teams that all deserve to be there.  I see Paris Saint-Germain Handball as being the club that is one step ahead of the other three.  Hence, the Frenchmen will take the title in Germany.

But first, let us have a look at the semi-finals.

Kielce qualified for the FINAL4 with the narrowest of all possible margins in their quarter-finals against Flensburg – a one goal win on average – and some will argue that the Polish side did not even deserve to be in Cologne.

It is an indisputable fact that Flensburg were robbed of a penalty in the dying seconds of the second leg of the quarter-final in Kielce, and if – it’s a big IF – the North German team had gotten that chance and made use of it, they would be in Cologne instead of the freshly minted Polish champion.

Still, Kielce are in their third FINAL4 in three years and that cannot be a coincidence.

Despite the way they sent the German team out of the competition, they are likely to have the support of the vast majority of the crowd at Lanxess Arena on Saturday.  Many of the neutral spectators tend to support the underdog. Another reason may be that many people outside Paris do not care about much for Paris Saint-Germain.

In general, fans tend to not like teams who can afford to buy any player at any price – as if all clubs do not employ the players they can afford.  There is little doubt that Paris will be on away-ground when they take the floor on Saturday afternoon.

Such circumstances are not going to bother the experienced French side, whatsoever.  When you have been able to withstand the pressure of 15,200 fanatic Croatians in Zagreb Arena and win by eight goals – as Paris did in the quarter-final – you can cope with just about anything.

With all due respect to Kielce, Paris have more quality and that will make the difference in this semi-final.

No matter how much support, Germany´s only representative at the FINAL4 may get at Lanxess Arena, Veszprém’s fans will celebrate in the end.  Even though Kiel may have a certain home advantage but it won’t be enough for them to defeat the Hungarians.

A tidal wave of injuries that has been haunting Kiel throughout the season has resulted in a tired squad that lost their last hope for a German championship following three straight defeats; 29:28 away against Magdeburg, 28:26 at home against Flensburg and 30:29 away to Melsungen.

Maybe Alfred Gislason has been saving resources in the Bundesliga matches after their last chance to become German champion vanished.  On the other hand, this would have been putting economic priorities in German handball upside down.  By now, the team looks exhausted.

Newly injured Steffen Weinhold and Christian Dissinger have reduced the shooting power from the back-court once again and the long time absentee, René Toft Hansen, continues to weigh on Kiel’s defense options.  Gislason can no longer rely on his cherished 3-2-1 formation simply because he does not have Toft Hansen as the “sweeper” behind the outward defenders.

The worn crew from Kiel will be up against Veszprém, a club that may have the deepest bench of all four FINAL4 teams.

Mirko Alilovic and Roland Mikler, are probably the strongest goalkeeper duo in the tournament and in attack, they list the third-best goal-scorer of the Champions League – Momir Ilic (105 goals).  Although, Laszlo Nagy is not what he once was, he is still able to make valuable contributions at the right time, making Vesprém´s back-court quite intimidating.

With Paris and Veszprém winning the semi-finals, we will have following schedule Sunday:

I don’t want to spill many words on the “Losers´ Final”; let’s just remember that it will be a remake of the match at the FINAL4, three years ago.  On that occasion, Kielce won 31:30 and the Polish champions may very well repeat the achievement this time.

Kielce are likely to have that bit of extra power that will decide the matter.

To handball connoisseurs, Christmas Eve falls on May 29th, if this is the Champions League final, I predict.  Luckily, these two handball giants were not drawn against each other in the semi-final.

As I said, most likely Veszprém have the deepest squad, but will it be enough to succeed against the talents of a Nikola Karabatic or Mikkel Hansen?

I doubt it very much and therefore I forecast that we will see the first French Champions League winner, since Montpellier defeated Portland San Antonio in 2003.  Despite being FINAL4 debutants, Paris Saint-Germain will lift the Champions League trophy on Sunday night.

Nobody will rock the Eiffel Tower!